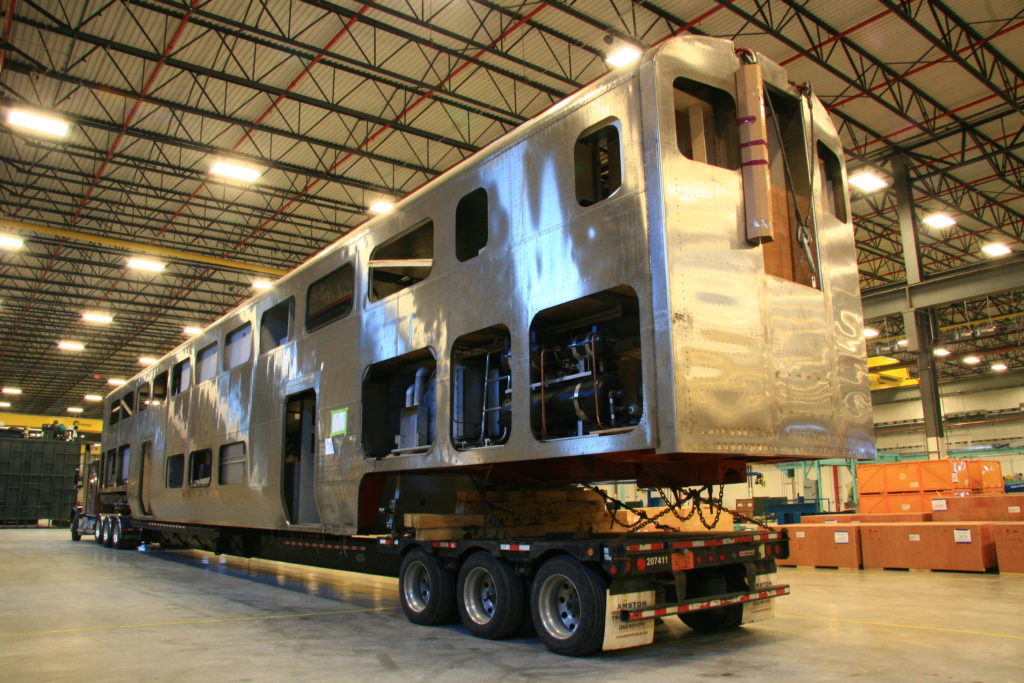 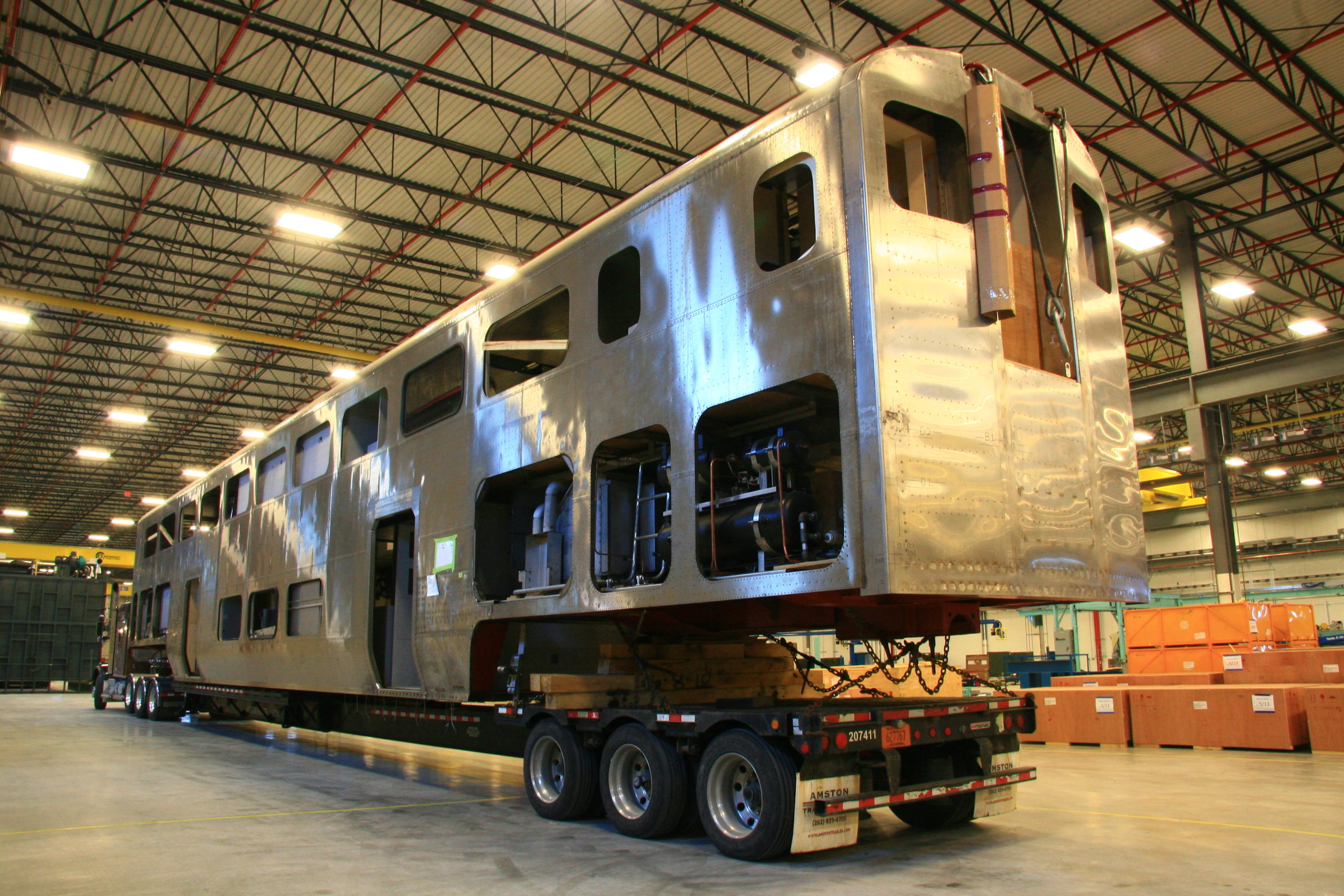 Plant managers announced the layoffs on Thursday saying they are “… a result of complications during the testing phase of one of its prototype cars.”

Nippon Sharyo is building the cars to one design for state-sponsored Amtrak service in several states, including Michigan and California.

Bruce Roberts, Chief of California’s Division of Rail in the Department of Public Transportation, the agency that is overseeing the procurement for the states, tells Trains that he learned from Nippon Sharyo on Thursday that the company has yet to discover whether the 800,000-pound compression test failure which caused the shell to buckle was the result of poor workmanship, production failures, or a fundamental design flaw.

A compression test is meant to demonstrate how a car would respond in an accident, protecting passengers.

Local media report that as many as 98 workers will be laid off. The company says the workers will be from the fabrication and welding shops and will receive a severance package.

Expanding its plant in Rochelle to manufacture stainless steel shells in the United States instead of Japan was important to Nippon Sharyo in winning bids for multi-state contracts under the American Recovery and Reinvestment Act of 2009, which includes significant Buy America provisions. Delays in testing and producing the bilevel cars calls into question how the company will be able to fulfill its obligations.

The original request for proposals for 130 bilevels for California and the states of Michigan, Missouri, and Illinois, was based on specifications written by the Next Generation Corridor Equipment Pool Committee. The original contract was signed in 2012 with the requirement that all production had to be completed by 2017, though the order was subsequently upped to 175 cars with the excess available funding as a result of the Nippon Sharyo’s lower-than-expected bid.

Meeting that deadline is now in doubt.

“We won’t know the full ramifications of how seriously the project will be delayed until company engineers release their analysis and suggested remedies,” says Roberts. “A lot of verification by the states and the Federal Railroad Administration personnel will help determine what happens next.”

Roberts says Nippon Sharyo had completed four bi-level shells to the same specification to help meet production schedule requirements, so if underlying design is a problem, “we will have to start over. But the test did what it was designed to do,” he adds, “detect deficiencies before full production begins. Our goal from the beginning was to produce a safe and repeatable passenger rail product, and this is just another step in the process.”