Cars are part of settlement with manufacturer Sumitomo 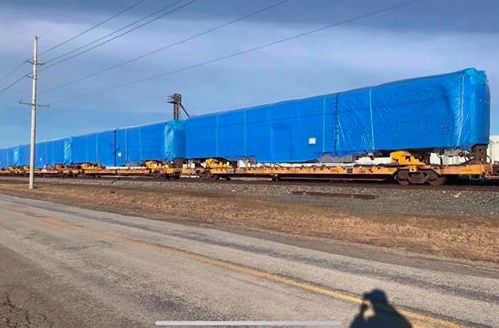 The settlement is in exchange for releasing the company from the option Metra acquired from Virginia Railway Express to purchase 21 railcars, as well as compensation for Nippon Sharyo’s delays in delivering Metra’s order of new cars for the Metra Electric Line, according to Metra spokeswoman Meg Thomas-Reile.

The cars have fully assembled interiors and are being shipped by rail. Crews at Metra’s Western Avenue shops will attach the wheel trucks, couplers, grab irons, end steps, and a few other items on the car exteriors, Thomas-Reile said.

The cars were spotted Sunday by railfan Matt Glassman in Leesburg, Ind., on their way to Elkhart on Norfolk Southern 174.

The cars will initially be assigned to the lines served by the Western Avenue facility, namely the Milwaukee District North or West lines, North Central Service, and Heritage Corridor, Thomas-Reile said.