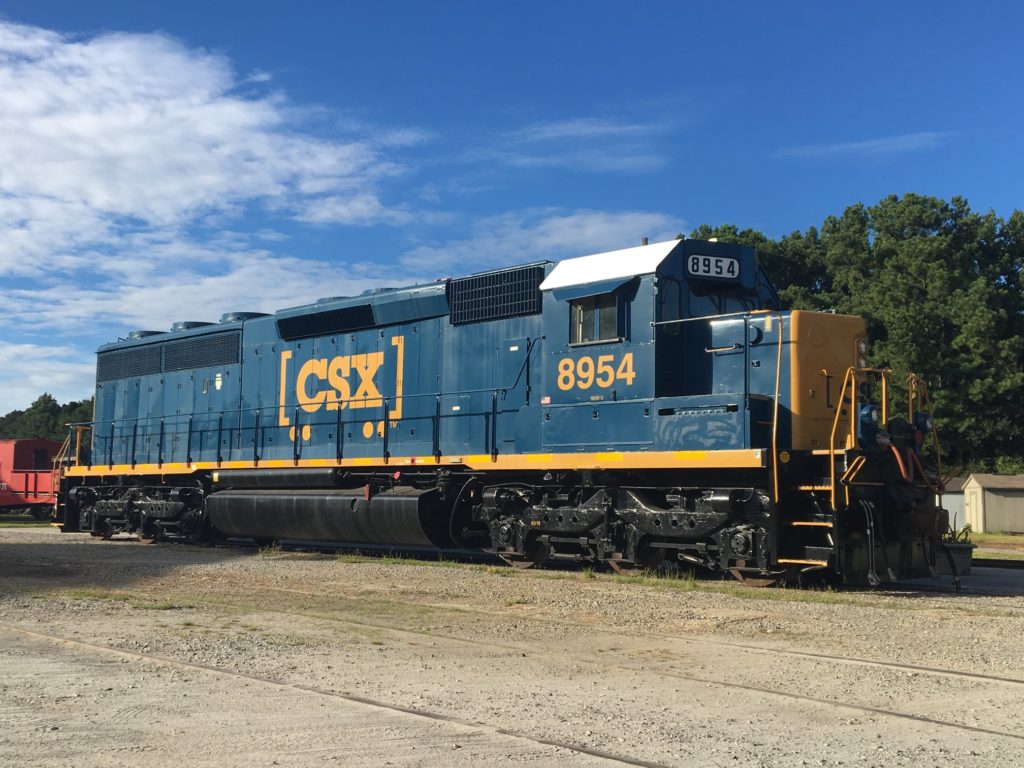 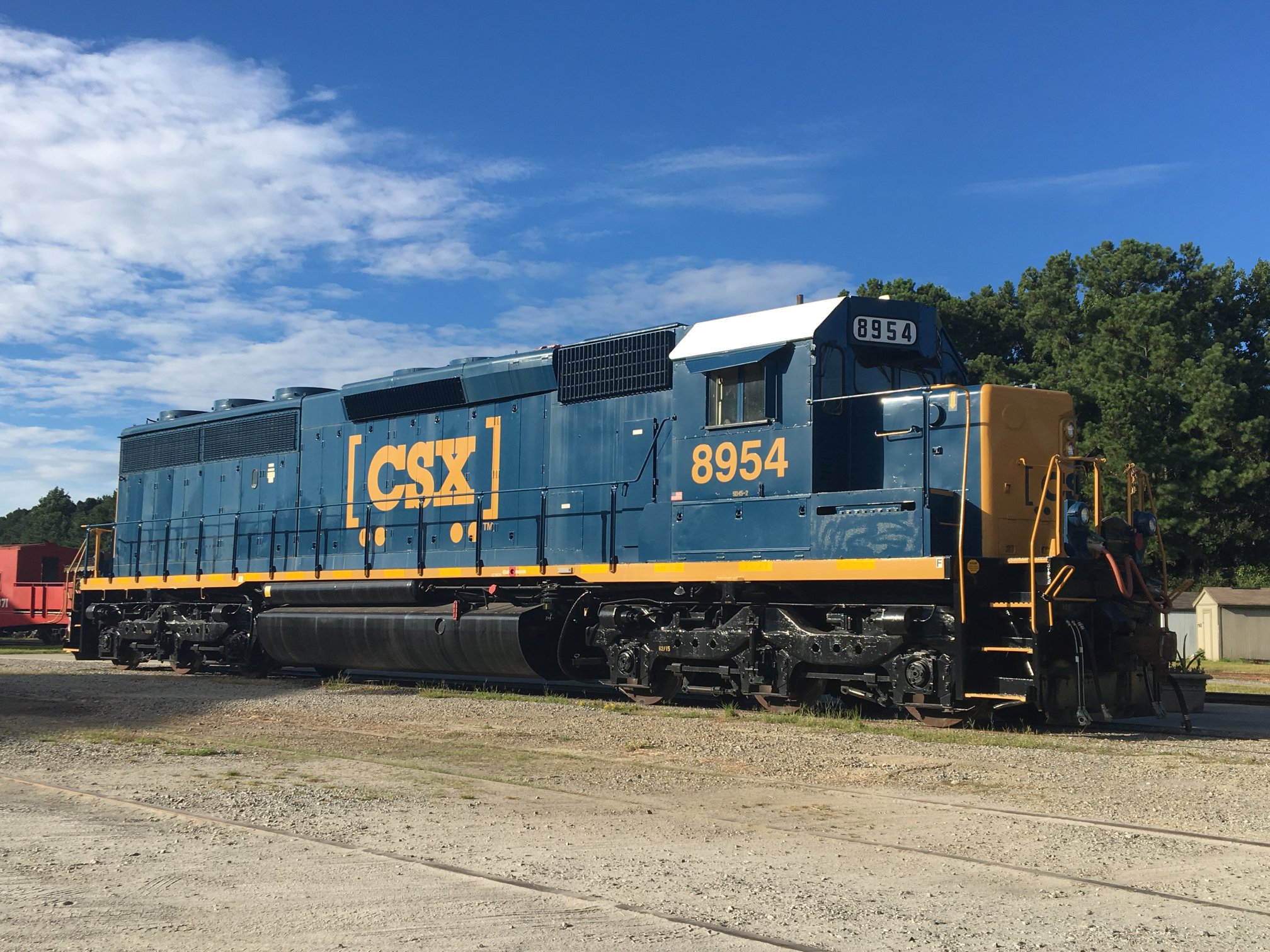 CSX donated SD45-2 No. 8954 to Southeastern Railway Museum near Atlanta.
SERM: Andrew Durden
DULUTH, Ga. — CSX Transportation donated a rare SD45-2 locomotive to the Southeastern Railway Museum that is the first of its kind exhibited in a museum.
Electro-Motive Division built CSX No. 8954 in August 1974. It was one of only 136 SD45-2 diesel-electric locomotives the McCook, Ill,-based EMD constructed between 1972 and 1974 and the last of the model developed.

Seaboard Coast Line, a CSX predecessor, purchased the unit and 14 others in 1974. It later served the Family Lines System and the Seaboard System Railroad before the lines consolidated into CSX in 1986.

Railroads scrapped most SD45-2 units or rebuilt them with a 16-cylinder engine to replace the original 20-cylinder engine. But No. 8954 retained its 20-cylinder engine, and with its acquisition by the Southeastern Railway Museum, Georgia’s Official Transportation History Museum, it becomes the first example of the model to be preserved.
CSX kept No. 8954 in freight service until moving it Maintenance of Way service around 2005. CSXT kept the unit in service until 2011, when it was retired into training service at the company’s Railroad Education and Development Institute facility at Tilford Yard in Atlanta, which CSXT subsequently shuttered.
CSX used the locomotive for movement training for new mechanical employees. The railroad then earmarked the engine for mechanical component change out training before designating it as a surplus unit.
Southeastern Railway Museum volunteer and former CSX mechanical trainer Kevin Wood spearheaded the donation of No. 8954 donated to the museum.

Norfolk Southern Railway delivered the locomotive to the museum on Aug. 31.