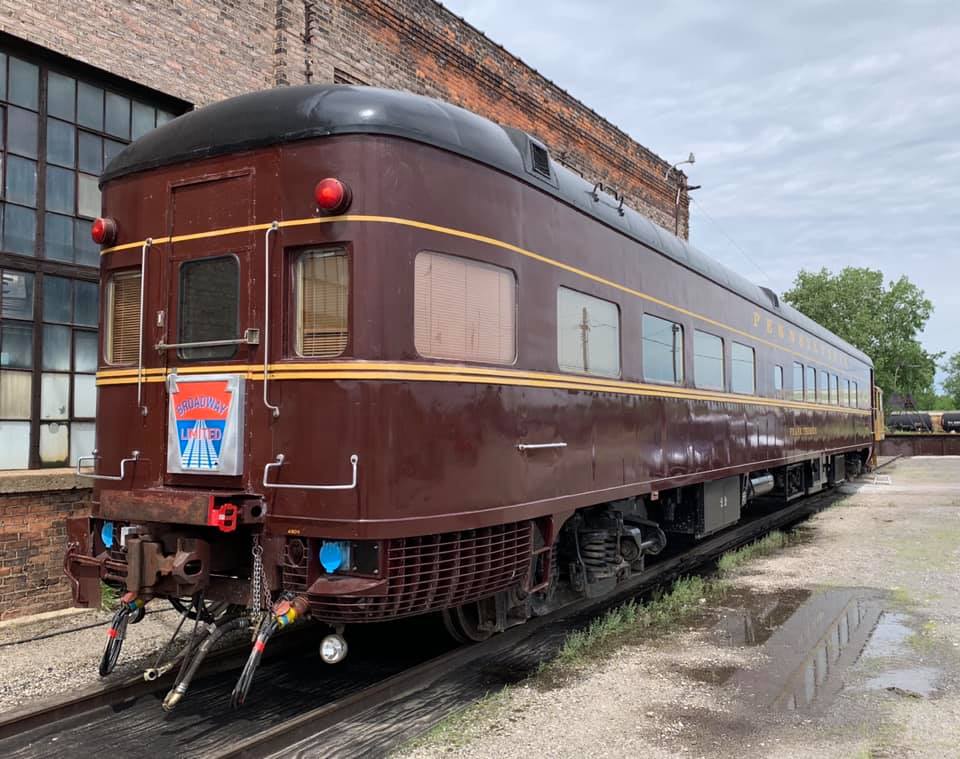 PRR tail car Frank Thomson will bring up the markers on the special move to celebrate the 1949 Broadway Limited. Note the replica sign.
Rudy Garbely
NEW YORK — Three Pennsylvania Railroad Broadway Limited cars from the streamlined 1949
edition of the train will celebrate 70 years of service July 12-14 when they operate New York-Pittsburgh and return on Amtrak’s Pennsylvanian, train 43 westbound and 42 eastbound.

Lounge seats and one bedroom in the Frank Thomson are still available.

With its renowned on-board meal service, luxurious Pullman-staffed sleeping accommodations, and rapid transit time between New York and Chicago, the Pennsylvania Railroad’s famous Broadway Limited represented the pinnacle of cross-country rail travel. Between 1912 and 1995, the Broadway Limited carried millions of passengers across America’s steel-railed highways. The train reached its peak of opulence with the 1949 delivery of all-new streamlined passenger cars, sporting the latest in mid-century design and postwar style.

Passengers aboard the Broadway Limited will ride in first-class style through several historic railroad engineering marvels, including Philadelphia’s iconic 30th Street Station and the world-famous Horseshoe Curve in Altoona. The trip sports a full menu of authentic 1949 cuisine, lifted from the original Broadway Limited and prepared to the original Pennsylvania Railroad recipes. Some passengers will have the opportunity to sleep aboard these historic railcars while weekending in Pittsburgh, while the other passengers will spend two nights at the historic Hotel William Penn in downtown.