Visitors will not have access to locomotive during 'multi-month' process 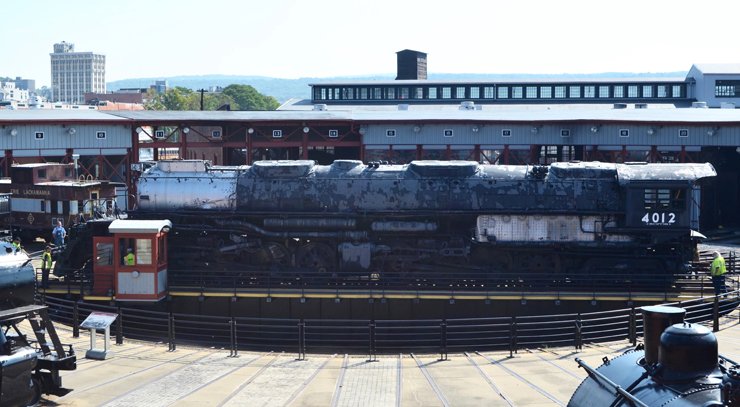 Steamtown’s Big Boy, No. 4012, is moved on the historic site’s turntable prior to the start of a cosmetic restoration.
National Park Service

SCRANTON, Pa. — Steamtown National Historic Site has removed its Big Boy locomotive from public display to perform cosmetic restoration and repainting of the Union Pacific 4-8-8-4. Visitors will not have access to the locomotive during the project.

Steamtown’s locomotive, No. 4012, is one of just eight Big Boys preserved nationwide and the only one in the eastern U.S. Always a popular attraction, public interest in the locomotive has increased with the return to operation of sister locomotive No. 4014, which earlier this year participated in 150th-anniversary ceremonies of the completion of the Transcontinental Railroad and is currently on a 60-day tour of western and southern portions of the Union Pacific system.

In a press release announcing the restoration project, Steamtown says it will provide occasional updates on the locomotive’s status via the historic site’s website and social media outlets. The release indicates the restoration will be a “multi-month process” but does not offer an estimated completion date.