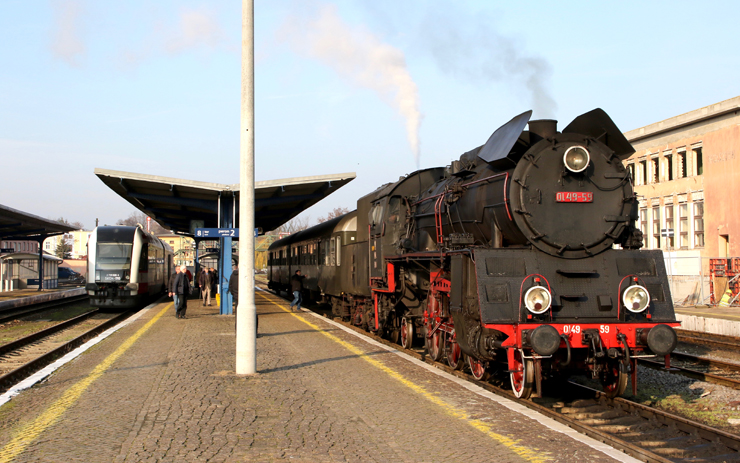 WARSAW — Daily steam hauled passenger services survive on two regional commuter rail lines in western Poland but seem set to end for good in May 2020. The last remaining public passenger mainline steam services anywhere in the world operate from the famous museum shop at Wolsztyn, west of the city of Poznan (and around 100 miles east of German capital Berlin)

The end of regular Polish steam services has been threatened previously but looks likely to be true this time. The British-based supporters of the steam operation “The Wolsztyn Experience” have made it clear on their website that they do not anticipate the regular steam passenger trains running after May, with modern diesel multiple units replacing steam.

A three-year agreement that began in May 2017 to maintain daily steam hauled services expires next May and the locomotive engineers, many of whom have already passed their normal retirement dates, are now working on short-term contracts.

The Wolsztyn steam shop survived into the mid-1990s with working steam, as Polish national rail operator PKP had insufficient diesel locomotives at that time to replace the steam power. After the fall of the Iron Curtain in 1989-90, Wolsztyn became famous to steam enthusiasts from around the world. The Wolsztyn Experience company encouraged the Polish railway operators to keep using steam and also began offering opportunities for people to learn how to operate the steam locos.

The publicity this generated helped raise the profile of the steam trains, with the regional government advertising them as a reason to visit the area. In the last decade responsibility for local passenger trains has been passed to the regional government and they announced plans to modernize the services with new DMUs; this was delayed by the 2017 agreement which saw four trains a day (Monday to Saturday) use steam equipment. Information on which services are steam hauled is available on this German language website (Google can translate as desired).

The shop at Wolsztyn has been transferred to a not-for-profit foundation and will remain open as a museum and will provide locomotivess for main line steam charter trains which operate several times a year across the Polish network. The Wolsztyn shop will also continue to host its annual steam parade, normally in early May of every year.