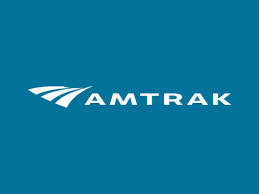 BATTLE CREEK, Mich. — A Battle Creek police officer is questioning Amtrak’s decision to remove a 13-year-old girl traveling alone from a train, but the passenger railroad says acted within its ticket policies and with safety in mind.

WOOD-TV reports the incident in question occurred March 26, when the 13-year-old boarded a train in Lapeer, Mich., for a trip to visit her uncle in Chicago. The girl’s mother bought her ticket online, and she boarded without incident.

But Amtrak policies for unaccompanied minors ages 13 to 15 require passengers to board at a staffed station, to talk to staff prior to boarding, and to obtain an identifying wristband for the trip. Lapeer is unstaffed.

When the train’s conductor became aware of the girl’s age, she was put off the train at the next staffed station, in Battle Creek, and turned over to the police. Police Cpt. Joe Wilder, called to the Amtrak station, took the teen to the police station where she waited until her mother could pick her up.

Wilder is unhappy how the incident was handled, saying Amtrak didn’t even call the girl’s parents.

“My biggest issue is that they drop this child off, they’re responsible,” he told the TV station. “… What is a police agency supposed to do? We don’t have jurisdiction on the train. They have their own police department that’s supposed to be dealing with this, so I’m not really sure why they use us for a dumping ground.”

In an email with the TV station, Amtrak spokesman Marc Magliari explained the reason for Amtrak’s procedures, which also require tickets for unaccompanied minors to be bought by phone, rather than online.

“When someone of that age is traveling alone and outside those procedures, there is no way for our train conductors to know if they are traveling with the permission of their parent or guardian, if they are a runaway or if they are being trafficked,” Magliari wrote. “The safest decision was to transfer the child to a police agency, which is what occurred in this case.”