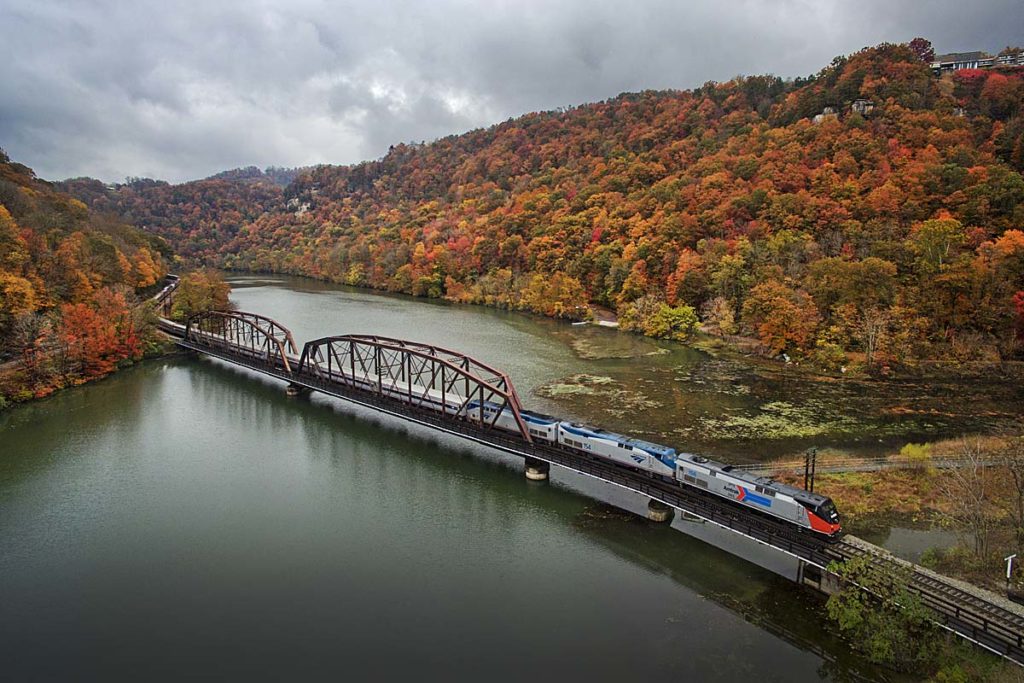 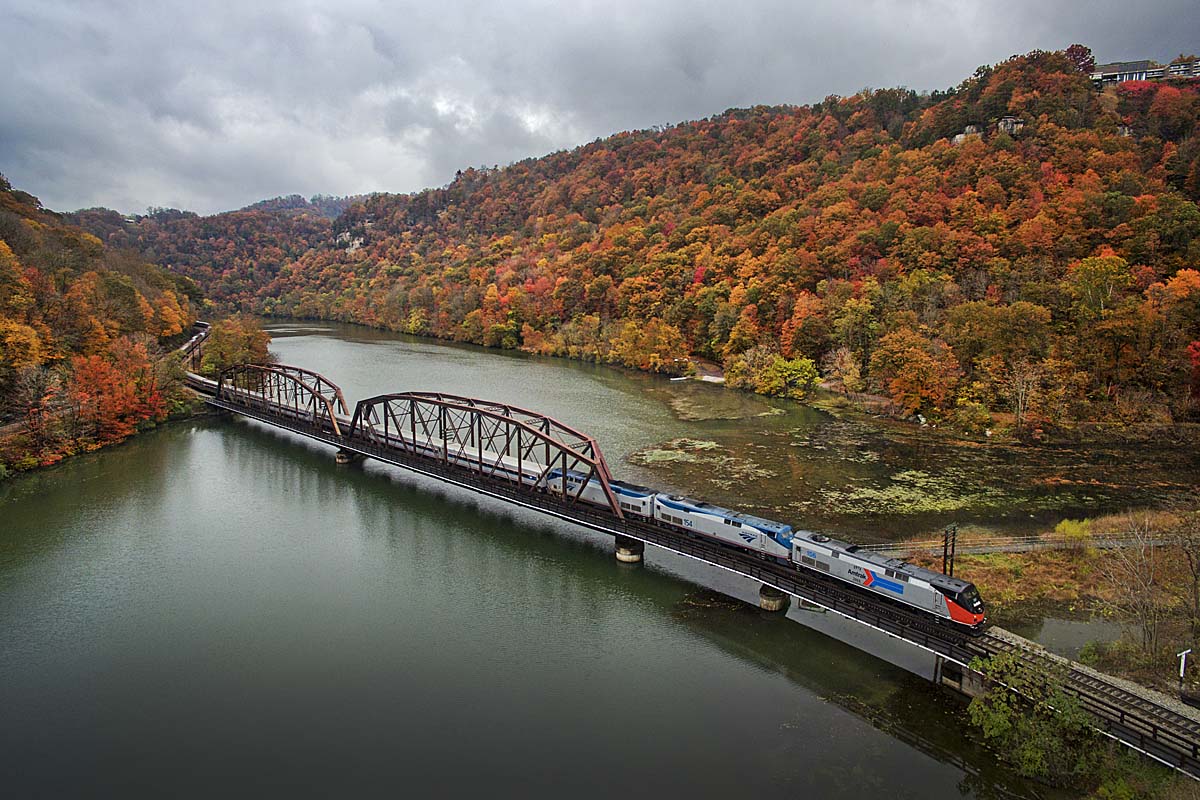 The 2015 New River Train at Hawks Nest, W.Va.
Chase Gunnoe
HUNTINGTON, W.Va. – One of the east’s most legendary main line excursion trains is coming back this fall.

On Friday, Rail Excursion Management Co. will announce that it is bringing back the annual passenger excursion along the New River between Huntington and Hinton, West Virginia under a new name, the Autumn Colors Express. The announcement comes five months after the train’s previous manager, the Collis P. Huntington Railroad Historical Society, canceled its version of the train after 52 years.

The Autumn Colors Express will run Oct. 25-27. Tickets for the excursions go on sale Aug 5.

Rail Excursion Management Co. is spearheaded by Adam Auxier, Lou Capwell, and Mike Voiland and all three men have experience in the private car and excursion industry. Auxier most recently helped organize a number of mainline excursions behind Norfolk & Western 4-8-4 No. 611.

In February, officials with the Collis P. Huntington Railroad Historical Society said they were canceling the annual New River Train because of a cost increase as the result of new Amtrak policies regarding private charters. But Auxier, CEO of Rail Excursion Management, says he believes he can make the trip more cost effective. In years past, the train operated over two weekends, but now it will operate for a single weekend, reducing the cost of needing to store nearly 30 private rail cars in the Huntington area for a week. Rail Excursion Management is also replacing a commissary car with additional seating and will serve food to all passengers in their seats.

Rail Excursion Management and Amtrak signed a contract for the 2019 run on Wednesday. The two parties had been negotiating the details of the contract for much of the summer and were finally able to put the finishing touches on it earlier this week. News of the trips was almost released back in May – U.S. Sen. Joe Manchin even hinted at such an announcement on Twitter – but a number of issues out of the control of the organizers pushed the announcement back to this week.

Capwell, who is heading up the effort to market the train, says organizers are going to put an emphasis on passenger experience that they believe will make the train a must-do event for rail enthusiasts and families for years to come.

“We’re well equipped to take on these trips, to make it something new, so that it can continue for another 50 years,” Capwell says. “We’re proud to be taking the reins of this 50-year tradition.”

Auxier says the return of an excursion along the New River is also good news for private car owners and preservation overall. The trip from Huntington to Hinton has become the last major annual main line excursion in the country and keeping it around means private varnish owners will still have a place to show off their cars, meaning those cars will still be available for future excursions.

The excursions also have the backing of two prominent preservation groups: The Kentucky Steam Heritage Corp., which is currently restoring Chesapeake and Ohio 2-8-4 No. 2716, and the Fort Wayne Railroad Historical Society, operator of Nickel Plate Road Berkshire No. 765. Locomotive No. 765 was frequently used on the New River Train in the late 1980s and early 1990s. Kentucky Steam President Chris Campbell, who earlier this week helped move No. 2716 to its new home in Ravenna, Ky., says rail-based tourism can provide a big economic boost to the region as this weekend’s deadhead move proved.

Officials from Fort Wayne say they are excited to be involved once again with one of the east’s most legendary excursions.

“For nearly a decade, the Fort Wayne Railroad Historical Society was a part of what made the rail tourism experience in the New River Gorge so popular and after a 25 year absence, we’re excited to return as part of this important tradition as a nonprofit partner,” says Vice President Kelly Lynch.

Rail Excursion Management is also coordinating with Hinton, which has always held a railroad-themed festival when the train comes to town. City Manager Chris Meadows says the community is “overjoyed” by the news that the train is coming back for another year.

“The return of the train this fall means so much to the city of Hinton and its residents,” he says. “The annual Railroad Days festival has brought thousands of people to our town over the years; our local nonprofits operate food and vending tents that in turn provide scholarships to so many of our local students.”

U.S. Sen. Manchin also praised the news that the iconic train was returning to the New River.

“I applaud Adam Auxier and Rail Excursion Management Co. on their decision to continue the 50 year tradition of the New River train and the Railroad Days festival in October. The trip from Huntington to Hinton in the fall truly showcases the beauty of West Virginia and brings joy and revenue to our state,” Manchin says. “For months, I have been working hard to make sure this annual festival would continue, first advocating for Amtrak to end their crushing regulations and fees in order to save Collis P. Huntington and then finding a new partner to keep this West Virginia tradition alive. I look forward to a long partnership with Rail Excursion Management Co. on their Autumn Colors Express venture and pledge my support to help them however I can.”
For tickets, go to autumncolorexpresswv.com.