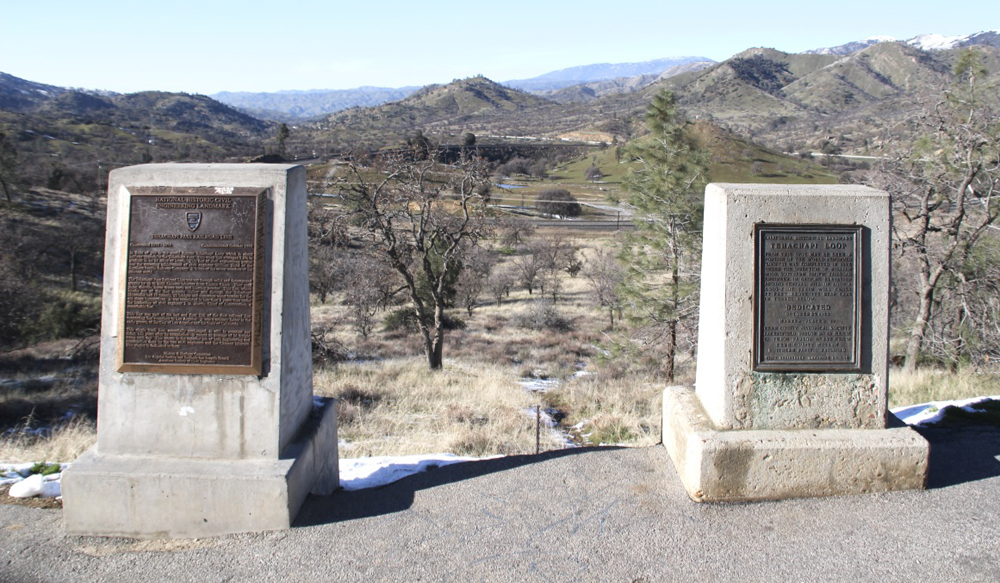 Ground has been broken on a new viewing platform at California’s Tehachapi Loop, with completion expected by mid-July. The Tehachapi News reports the platform will end the need for those viewing trains at the loop to stand along a narrow shoulder of Woodford-Tehachapi Road, easing safety concerns. The platform is a project of the Friends of the Tehachapi Depot, with involvement of Kern County Supervisor Zach Scrivner, the of Tehachapi, and local individual and corporate donations. The platform is being built by Griffith Construction Co.

15 cars of UP train derail near Hillsdale, Wyo.

Fifteen cars of a Union Pacific train derailed early Monday morning near Hillsdale, Wyo., interrupting service on the railroad’s main line between Cheyenne and North Platte, Neb. Oil City News reports no injuries were reported, with a UP spokesman saying the cause remains under investigation. A UP service advisory told custumers the derailment could delay shipments on the route from 24 fo 36 hours. Hillsdale is about 20 miles east of Cheyenne.

Sen. Joe Manchin (D-W.Va) has added funding for a study of daily operation of Amtrak’s Cardinal to the Surface Transportation Investment Act now being considered by the U.S. Senate. The once-daily train was discontinued in 1981 but eventually revived as a triweekly New York-Washington-Cincinnati-Indianapolis-Chicago operation. “The language I secured in the Surface Transportation Investment Act will require a study on potential options to restore the Cardinal line daily service, which provides access to and from much of West Virginia, Manchin said in a press release. “This is an important first step towards restoring the Cardinal line and I look forward to reviewing the results of this important study to determine how we can best move forward.”