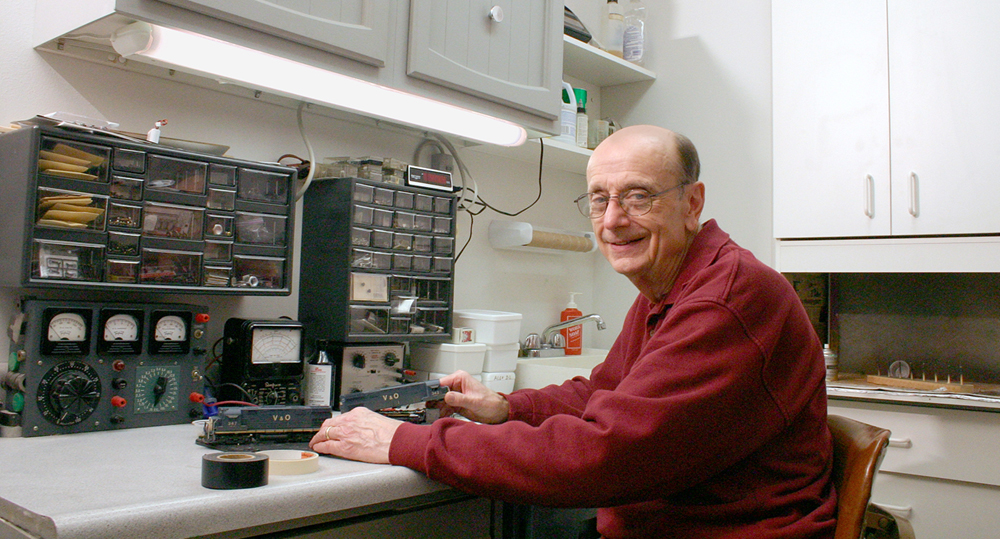 Allen worked on the first version of the V&O over the course of several decades at the McClelland home on Walnut Street in West Carrollton, Ohio. The 30 x 33-foot model railroad, expanded to 33 x 51 feet beginning in 1991, was the subject of books, videos, and numerous articles in the hobby press. The V&O first appeared in Model Railroader in the November 1982 issue.

Former MR editor Andy Sperandeo wrote about the influence of Allen’s layout in the July 2008 issue: “An outstanding modeler, Allen nevertheless adopted a philosophy of ‘good enough,’ believing that it was more important to reach a reasonable level of finish and detail over the whole railroad than to build every car and structure to museum standards. Make no mistake about what he meant, though. What was good enough to Allen could be at least a notch or two above what many of us were doing.”

Though the second version of the V&O had to be dismantled when Allen and Sharon moved to a retirement community in Centerville, Ohio, in 2008, major portions of the layout were sold to various layout builders.

You can learn more about the V&O and Allen’s influence on the hobby in Allen McClelland and His Virginian & Ohio. The 112-page book, scheduled for release in late January 2023, was written by MR contributing editor and Allen’s longtime friend Tony Koester.

4 thoughts on “In Memoriam: Allen McClelland”