Home / How To / Prototype Railroads / Modeling from postcards 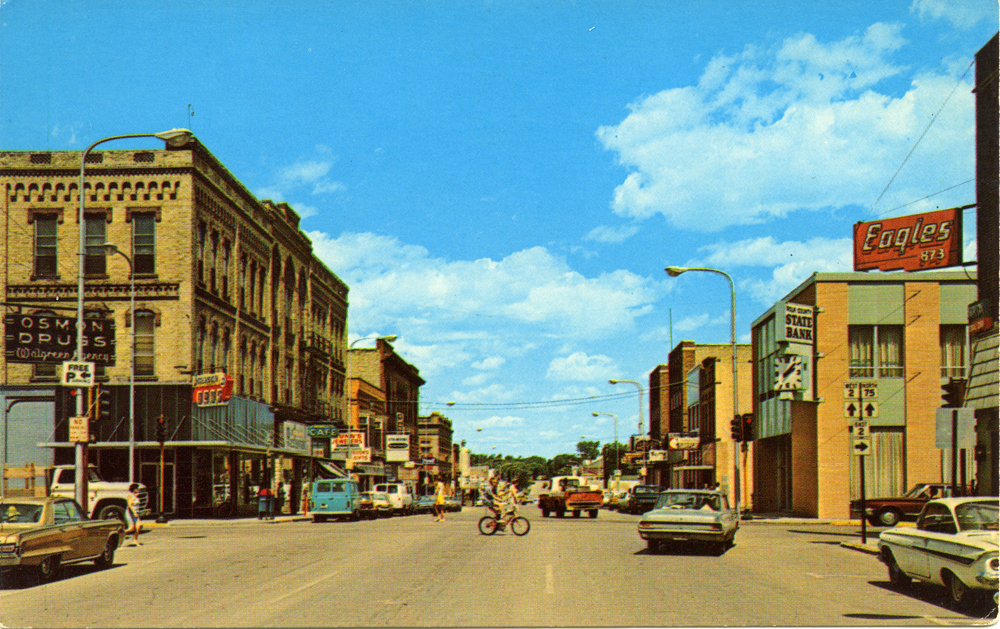 In last month’s installment, we took a look at two postcards that showed aerial views of Crookston, Minn., my hometown. This time we’ll examine two ground-level scenes, one in the city and the other in the country.

The heart of downtown. The intersection of Broadway (the north-south street the photographer is standing in) and Robert Street was a busy corner in Crookston, making it a worthy subject for a late 1960s postcard. The four corners were occupied by Osmon Drugs, Johnson Drug, Polk County State Bank, and Bray’s Department Store (below the Eagles Club). Now you might be asking, “What does this have to do with model railroading?” At first glance, absolutely nothing. But let’s focus in and look at all the nuggets of modeling information this postcard contains.

Signs galore. The first thing that jumps out to me are the business signs. Notice that almost every one of them is hanging over the sidewalk. The transition from metal signs with neon (Osmon Drugs, Johnson Drug, and the Eagles club) to translucent plastic illuminated from the inside with fluorescent tubes or some other light source (Polk County State Bank and Munn’s Jewelry, for example) is evident in this image.

In addition to business signs, look at the various traffic signs. Some are largely unchanged, like the “No parking” sign by Osmon Drugs. Others, such as the “West 2” and “North 75” (for U.S. Routes 2 and 75) signs near the right edge of the card have changed quite a bit. Today they’re U.S. Route shield signs with a black square background, white shield, and the route number in black.

Since we’re on the traffic theme, take a close look at the traffic signals. Notice something different? There are no pedestrian signal boxes below the traffic light. Even the street lights deserve notice. In the 1950s high-intensity fluorescent lamps lined Broadway and Main Street. Those gave way to the 400 watt General Electric M-400 mercury vapor lamps shown here.

Vehicles. I grew up around vehicles (my father and grandfather ran an auto body repair shop and salvage yard for more than 45 years), but I’m far from being a “car guy.” I asked my father to identify some of the vehicles, and here’s what he recognized: a 1967 or 1968 Dodge Polara four-door hardtop by Osmon Drugs, a 1961 Chevrolet Impala two-door bubbletop (the white car partially visible below the Eagles sign), and a 1961 Dodge D-100 pickup (the red-and-white vehicle making the turn to the right of the bicycle). If you recognize any of the other vehicles, please list them in the comments field below.

Though this card depicts a moment-in-time scene from a small section of the city, it gives you an idea of the types of cars you would find in Crookston. The image was made a bit before the 1970-1974 era I plan on modeling, but the postcard provides valuable guideposts. Instead of using my hobby budget to purchase scads of Cadillacs and convertibles, I’d be better off searching for vehicles like a 1960 Ford stakebed truck from Classic Metal Works, a 1963 or 1967 Jeep Wagoneer from Brekina Automodelle, and a 1973 Ford F-100 pickup from Atlas, among others.

Changing storefronts. Many of the buildings in downtown were brick affairs built in the late 1800s and early 1900s. By the 1960s, they were starting to show their age. Some structures, like Johnson Drug, received a mid-20th century upgrade. Telltale signs include a canopy that partially covers the sidewalk, an angled storefront (hard to see in this view, but it’s there), large display windows on the Broadway side of the building, and a partial facade. It looks like the Polk County State Bank received some upgrades as well.

Out on the farm. Agriculture is big business in the Crookston area, and sugar beets are one of the staple crops. I was pleasantly surprised when I recently came across the card titled “Sugar Beet Harvest.” It shows a Case 1370 Agri-King tractor with a beet lifter. Case produced the tractor from 1971-1978. The beet truck looks to be an International Loadstar, which was manufactured from 1962-1978. The lines on the truck look similar to those produced from 1962-1971.

Once caveat about this card. The words “Sugar Beet Harvest” were printed when the card was produced. “Hello from Crookston, Minn.” was stamped on later. This card could just as well be labeled for Breckenridge, Minn.; Hillsboro, N.D.; or any other beet growing community in the Red River Valley of the North. Though the specific location is unknown, I feel the card has value because it shows a farm scene from the era I want to model.

Next time. We’ll wrap up the “Modeling from postcards” series with a look at industries. See you then!

One thought on “Modeling from postcards” 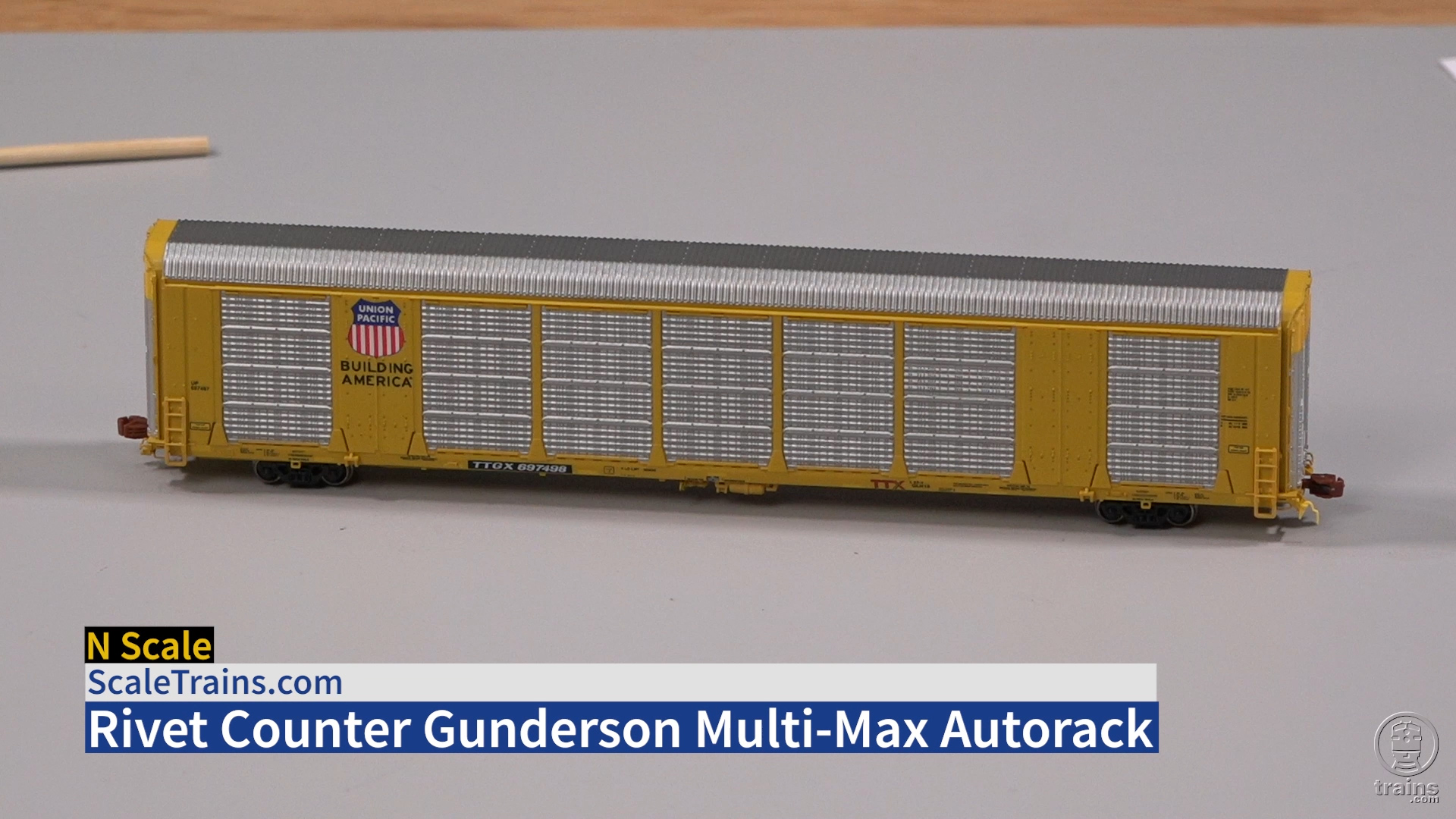