Traveling to operate on others’ model railroads always offers a few ideas of how to build, operate, or improve your own layout. 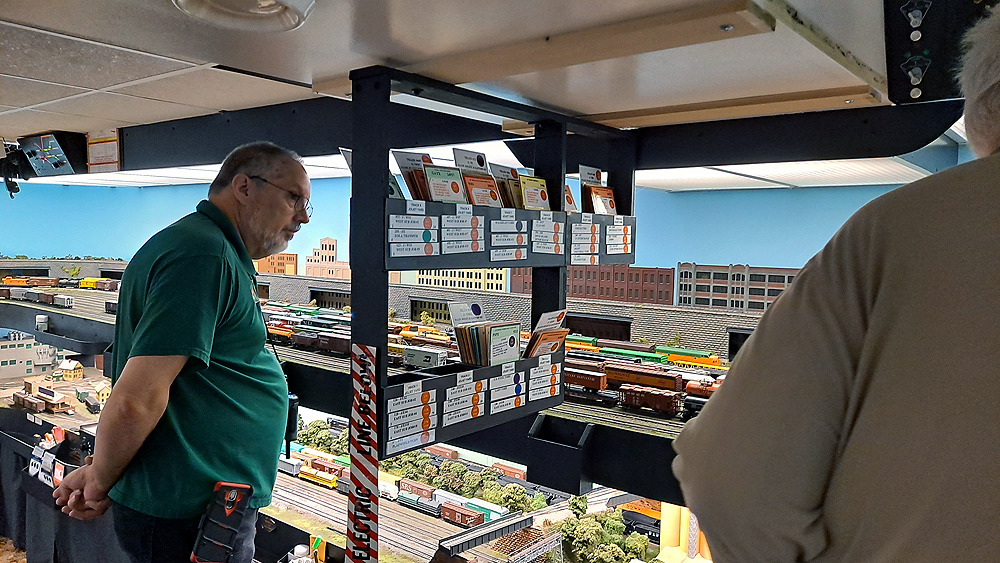 Model train layout operating ideas: Don Zinnacker’s CB&Q Grenville Sub isn’t quite finished yet, but everything is still neatly finished, including this panel with controls for the upper staging yard on Don’s layout. Neat labeling makes it easy for visitors to figure out how to get their trains.

Nearby, Don has mounted his car card boxes horizontally to the bottom of the benchwork with the fascia wrapping around it. This gives a little more aisle width in the staging room of Don’s layout.

Model train layout operating ideas: On Andy Keeney’s Nashville Road layout, Caboose Industries ground throws are mounted on shelves at the edge of the layout. Not only does it keep the oversized devices off the layout, but it means operators can keep clear of the tracks and rolling stock as they’re operating. Labels help identify the turnout and if they should be returned to a specific position after a train passes.

On John DePauw’s Elgin, Joliet & Eastern, the tracks in the yards are identified with these small slivers of styrene attached to the web of the rail at an angle. Decal numbers make track identification easy, and the small size reduces the intrusion of the full-sized world into the model environment.

Some yards require two operators. This car card holder is mounted at right angles to the benchwork so both yard operators can see what cars are on which tracks without interfering with the operator on the other end of the yard. Ron Blumer, in the green shirt, was helping Gordy Spiering, in tan, and Paul De Luca, not shown, run the yard.

This side is for the car puller, whose job is to breakdown incoming trains and sort cars into appropriate tracks. Moveable labels help make the ever-changing task easier.

This side is for the yardmaster, who controls access to the yard by arriving freight trains and coordinates movements in and out of the yard. He can also see which trains are being built on which tracks.

With between 16 and 20 operators, John DePauw needed an organized way to assign trains to operators. The magnetic whiteboard on the right lists all the trains in the order they will run. Each operator has a magnetic nametag he can place beside the next train he wants to run. The cubbyholes on the left have train descriptions so operators know what they’ll be doing on their runs.

Model train layout operating ideas can come from a variety of places. I returned from a couple of operating weekends in the fall of 2021 ready to run more trains, but I also picked up a few ideas I thought were worth sharing. In the Omaha, Neb., area, I visited Don Zinnacker’s Chicago, Burlington & Quincy Grenville Sub. Everything is operating smoothly, and scenery is underway, but not yet finished. But still, the layout has a finished look to it as all the benchwork is smoothly finished and painted. Don is clearly an organized guy, and that made operations much more fun.

I was also in the Detroit, Mich., area, where I visited Andy Keeney’s proto-freelanced Nashville Road layout. This is a big layout, with lots of work to do yet, but I appreciated Andy’s simple turnout controls. He uses Caboose Ground Throws, as many people do, but he’s mounted them at the edges of the layout so operators don’t have to reach in. This is especially nice in yards and industrial areas where reaching between tracks to line turnouts can be frustrating. Combined with simple track diagrams, it was easy to know which throw controlled which turnout.

John DePauw’s Elgin, Joliet & Eastern, also in the Detroit area, had a number of useful ideas. From his discreet, yet visible, yard identification tags to his two-sided car-card rack, John kept us all informed as we did our jobs on his layout. He also made good use of a magnetic whiteboard to distribute the operating session’s jobs.

Check out the photos in this image gallery that might interest you. 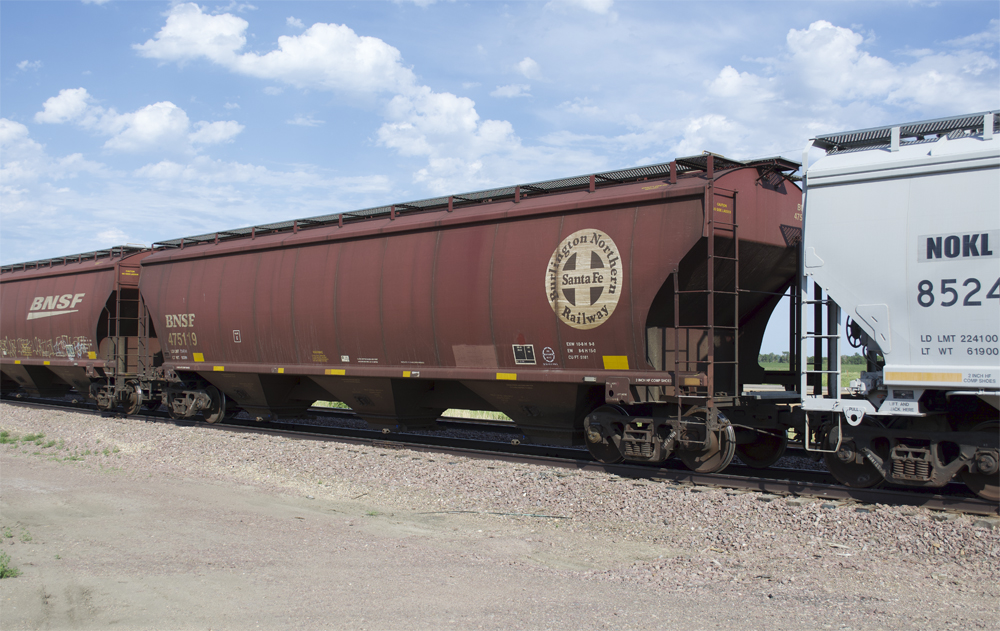