Home / Railroad Stories: The Way It Was / Railroader Stories / The runaway train that didn’t 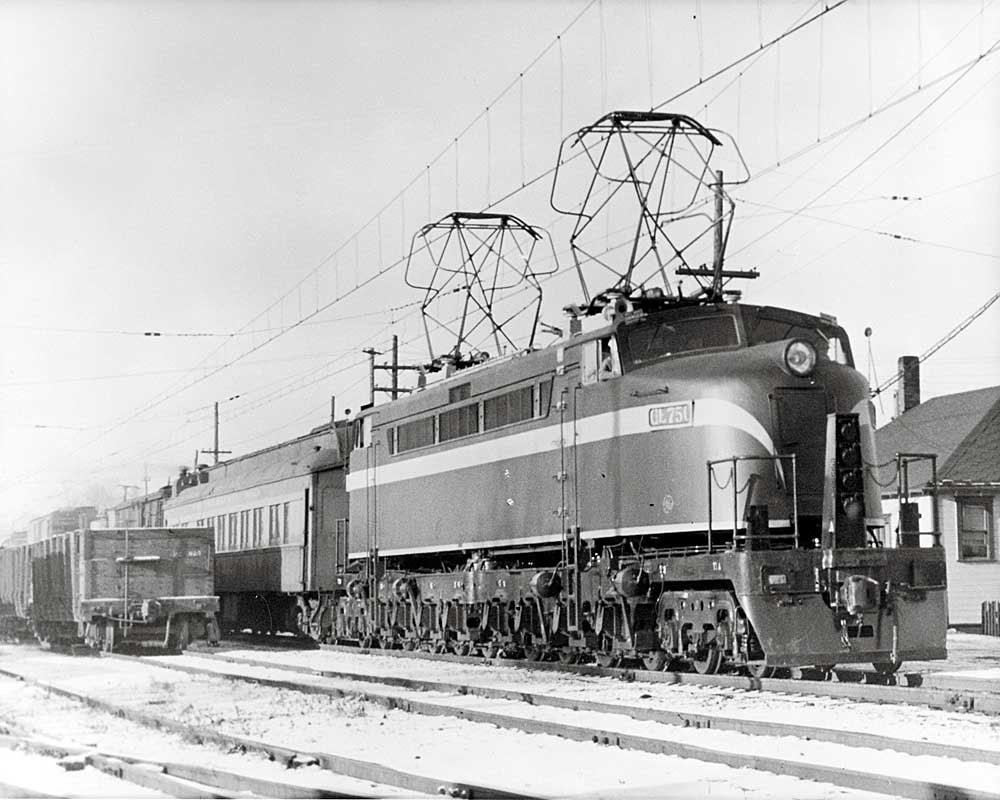 Mountain railroading always gave the opportunity for a runaway train.

In 1949, I was working out of the small town of Avery, Idaho, on the Milwaukee Road. The railroad crossed the Bitterroot Mountains on a 1.7% grade through St. Paul Pass. The grade began just east of the Avery depot.

Avery was a crew-change, engine-change, and a helper terminal. There, steam engines were taken off trains and replaced with electrics. In the winter, Avery was also the base for the rotary snowplows operating between there and St. Regis, Mont.

Our work outfit had a 2-6-6-2 Mallet and we were called to push a steam rotary over the pass. A snow slide at Falcon had blocked the tracks and tore down the overhead trolley wires. Our rotary crew had cleared the passing track at Falcon, then we went to work on our other assignments for the day.

When we got to East Portal, we plowed out the sidings and had a meet with a westbound freight train. On the head end was GE-750, the first “Little Joe,” as these streamlined motors were known. At this point it was still a demonstrator locomotive on loan from General Electric.

A conventional three-unit GE freight motor was running as a mid-train helper. Since the wire at Falcon was now buried in a pile of snow, the train would have to go through there with the pantographs down. With the trolley overhead gone, there were no working air compressors on the train as there was no source of electricity to run them.

This meant there would be no regenerative braking and the crew would have to handle train braking using only the compressed air in the system. Additionally, there was no way to release the train brakes once they were set.

As the train rolled through the gap in the trolley overhead, the brakes crept on more and more, threatening to stop the moving train. With no compressors the crew had no way to kick off the air brakes to keep the train moving through the gap. Eventually the train stalled with both electric engines sitting in the section that had no electricity.

The temperature was about zero or maybe 10 degrees below where our rotary and the Mallet were working. We were on the Montana side of the mountain, clearing out passing tracks at 1 or 2 in the morning. When the dispatcher finally got hold of us, he ordered us to back our work outfit over St. Paul Pass and couple it to the freight to get it moving.

The air in the braking system on the freight had leaked off after two to three hours on a cold night in the mountains. We backed onto the it and coupled up the air from our 2-6-6-2. Then the old-time hoghead on the Mallet released the brakes and started pumping air into the train, but the air from the steam engine was too little and too late.

As soon as the brakes released, away went the train, and us with it.

I was in the rotary and the air gauge said 15 pounds in the train line. I knew that once the train started moving, we wouldn’t have enough brakes to stop it. We had a quarter of a mile to go to get our lead engine, the Little Joe, back under the trolley wire.

We should have pumped up the brakes for 30 to 45 minutes to recharge the entire train. As we started rattling down through the passing track, I decided that if it hadn’t slowed down enough by the time the rotary got to the west switch, I was going to jump.

While I was considering my escape from this presumed runaway train, I felt the slack run in. This meant the Little Joe was back under the wire. The engineer had his pantograph up and put the Joe into regeneration. He was starting to check his speed a little.

Next thing I know, I felt the slack run in again. That meant the helper was under the wire and into regeneration, too.

We were moving way above what we should have been traveling — neither of these engines regenerated well at high speed. They just didn’t have the holding power and we were going pretty fast. But the air was coming up slowly.

They held the speed in check with regeneration until they had the air built up in the train. Then we went on down the mountain. If either of these engines had kicked out of electrical braking, we would have been goners.

There were 14 men on that train, seven on the train crew and the rest on the work outfit. The conductor and the brakeman didn’t realize the danger and I didn’t tell them.

The old hoghead could have held the freight train just by setting the brakes on the Mallet before releasing the train brakes. He just didn’t do it.

The lead engineer and the helper engineer knew about the danger of a runaway train, but there was nothing they could do about it. They didn’t have any control until they got under the wire. That was their only chance on the 1.7% grade.

The older GEs had been built in 1915 and 1916. It was difficult to get them into regeneration at speed. Here was the danger: If we hadn’t had an experienced helper engineer, he would never have gotten into regeneration while going 30 mph. That was their maximum speed.

The older GEs were galloping right along at 30 mph. Between the two engineers they successfully kept notching back on the regeneration to get the speed down and get the train fully under control. The skill of the crew got all 14 men, three locomotives, and a rotary snowplow home safely.

General Electric built 20 of the 5,000-horsepower GE-750s for the Soviet Union, which was one of America’s allies in World War II. However, due to later Cold War restrictions, the manufacturer was unable to deliver the locomotives and the Soviets did not pay for them.

The GE-750 proved to be a good locomotive at a bargain price, but the Milwaukee did not immediately buy any. GE offered to sell the 20 locomotives and spare parts for $1 million. This price reflected their value as scrap metal.

The Milwaukee had already decided to dieselize and rejected the offer of new electric locomotives.

With the advent of the Korean War, however, rail traffic increased. The railroads needed locomotives faster than manufacturers could make them.

An unidentified employee nicknamed these locomotives Little Joes, a reference to Soviet leader Joseph Stalin. The big electrics had a rugged and reliable design that allowed them to exceed the performance specifications laid out by GE. Milwaukee Road employees often expressed pride in what these locomotives could do.

The Milwaukee Road shut down its Pacific Extension electric operations in 1974. The entire system would meet its demise in 1980.

5 thoughts on “The runaway train that didn’t” 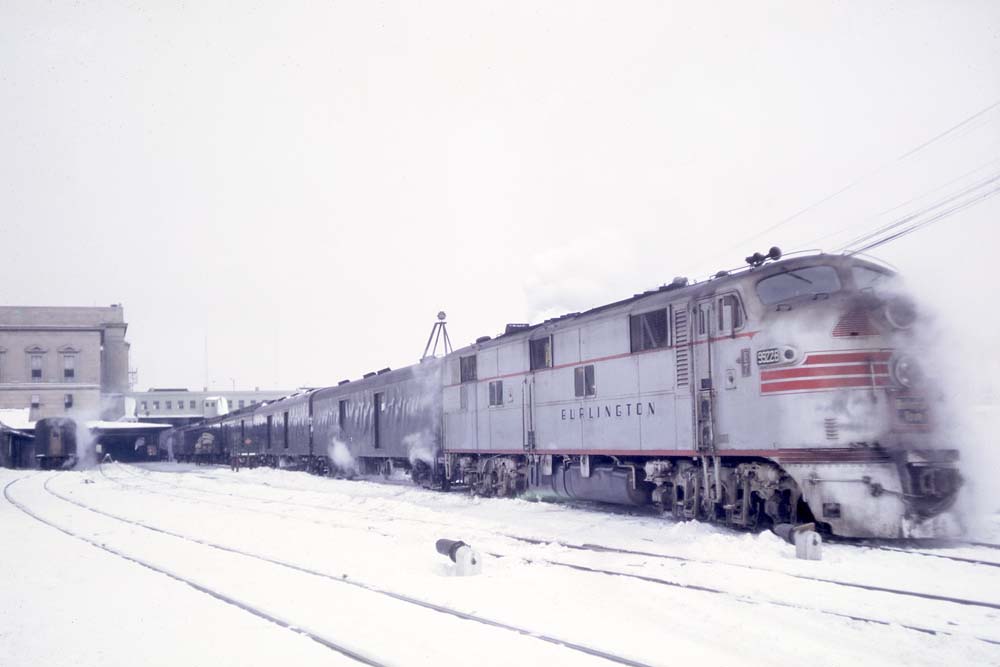 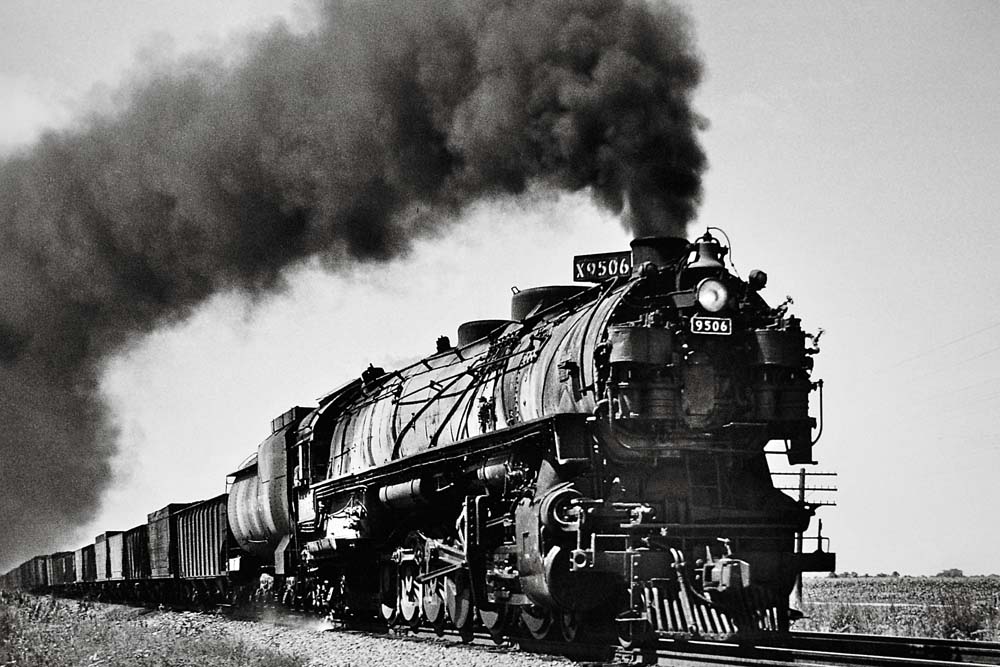 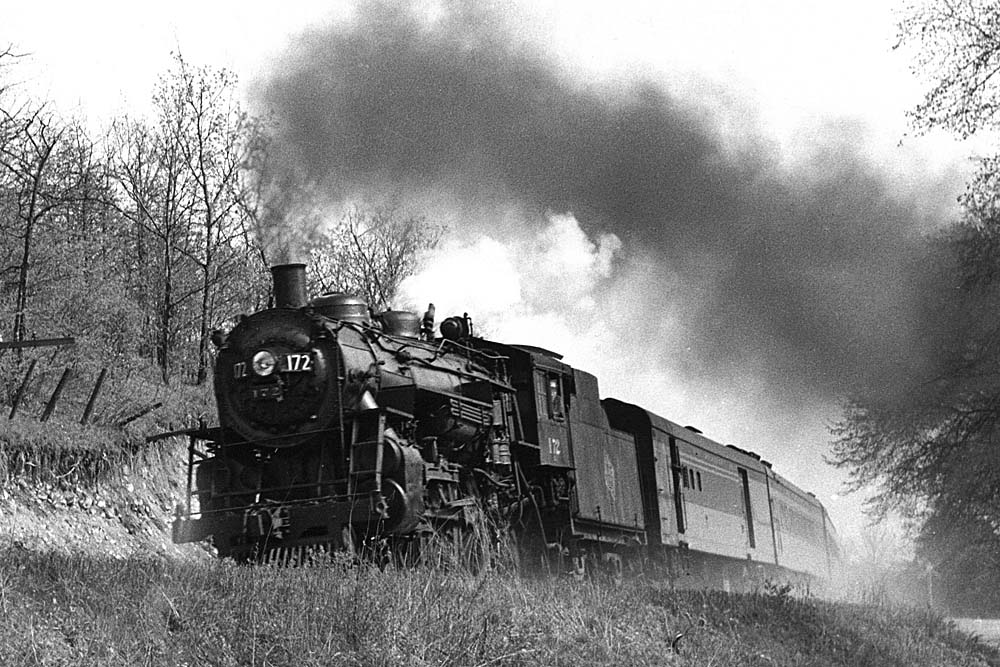