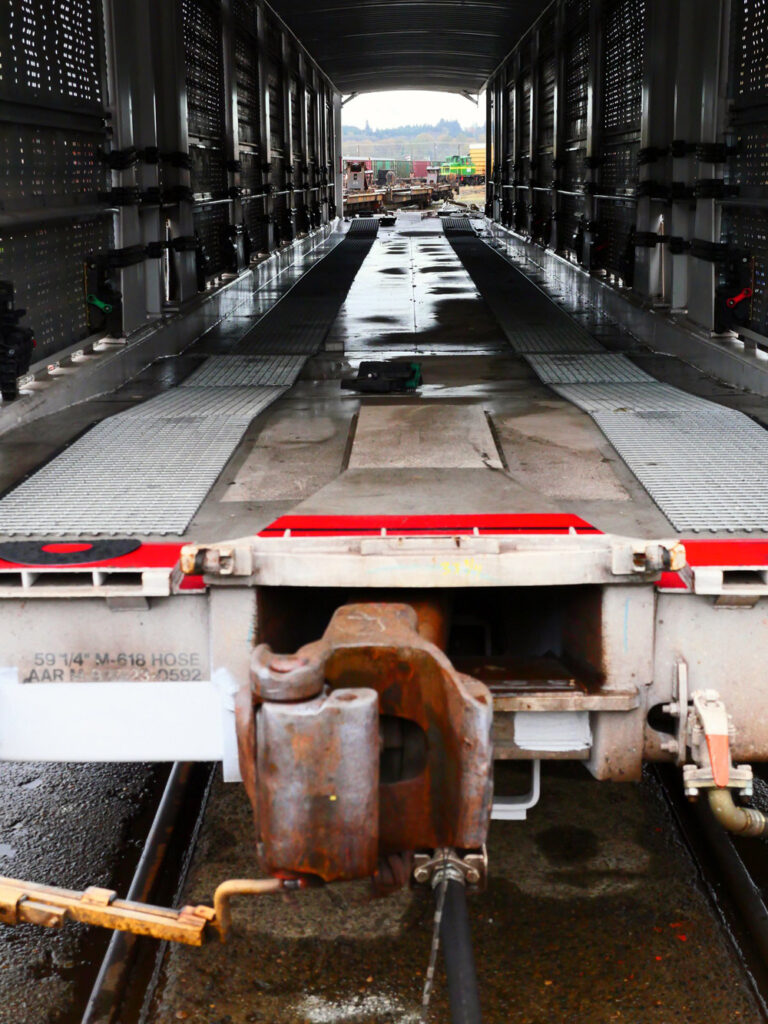 Railcar couplers have been an issue since the beginning of railroading. Keeping the cars together yet making them easy enough to separate was key in the design of the rail transportation system. For many years, railroads used the link and pin coupler system, which required a trainman to be stationed between the cars for coupling. However, this was dangerous and resulted in numerous injuries and deaths.

Major Eli Janney, a Civil War veteran from Virginia, came up with a new coupler design that was patented in 1873. It was called a semi-automatic knuckle coupler. It locked automatically by closing the couplers without requiring a trainman to be placed between rail cars. This coupler design utilizes a locking pin that, once engaged upon coupling, prevents the couplers from separating unless done by a trainman.

Couplers are activated with a metal bar that connects from the side of the car to the coupler. This enables a trainman to activate and “open” a coupler knuckle to prepare it to connect and lock with an adjacent car. It was also a way to “unpin” the coupler and allow it to release the cars from each other.

Multiple models and designs have evolved over the years and are used for additional safety measures. Double-shelf couplers called Type E and/or Type F couplers are widely used on tank cars carrying hazardous materials. These prevent the cars from being separated during a derailment. Bottom-shelf Type E is today’s industry standard freight-car coupler.

Passenger trains utilize a Type H “tight-lock” variation of the Janney coupler model to provide reduced slack action during train movements. This allows for a higher level of safety and comfort for passengers.

The next time you are at a railroad crossing waiting for a train, or sitting trackside, take a closer look at more than a century and a half of old technology still rolling strong.