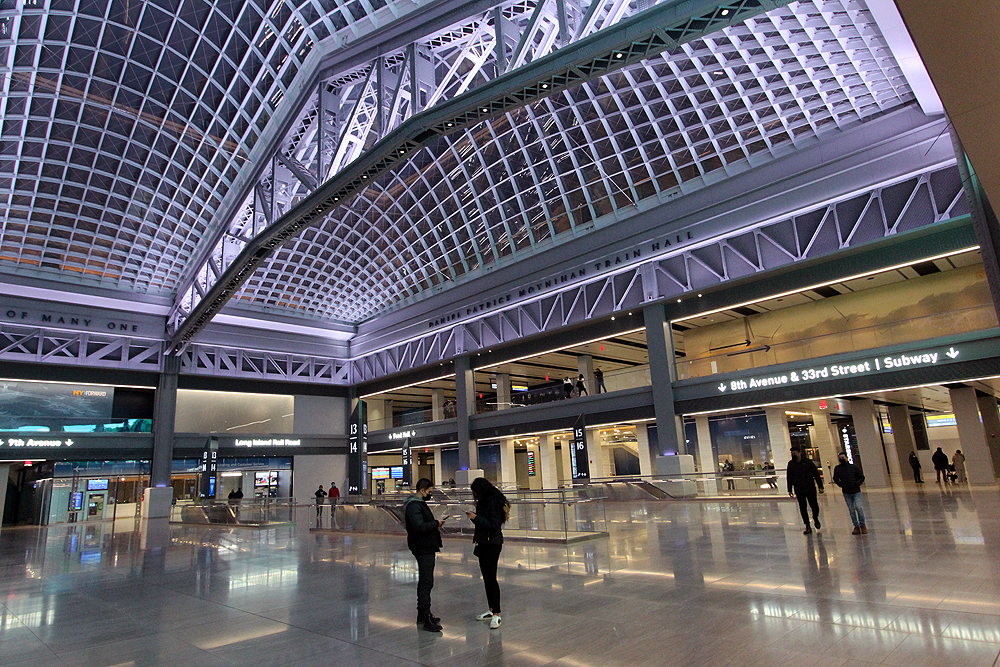 Moynihan Train Hall in New York City is the main hall and gathering space for travelers riding trains to and from the underground Penn Station nearby.

From its hall and corridors, passengers can wait for Amtrak trains on the Northeast Corridor, long-distance trains terminating in New York, as well as Long Island Rail Road and NJ Transit trains.

The hall is a former a former U.S. Post Office and was re-named in honor of long-time U.S. Senator from New York, Daniel Patrick Moynihan. Although New York Penn Station hosts the trains, the underground facilities were designed to accommodate about 200,000 passengers each day and not the 600,000 who typically use it, according to the New York Times. The station is the busiest transit hub in the Western Hemisphere and is one of the largest passenger train complexes in the world.

The Pennsylvania Railroad sold the property, or air rights, above Penn Station in the 1960s leading to the original hall’s demolition. Madison Square Garden is built on top of the station’s platforms and tracks.

The hall also has a new Metropolitan Lounge that includes:

One thought on “Moynihan Train Hall in New York City”