A steam engine needs electricity to power its lights. Where does the power come from? 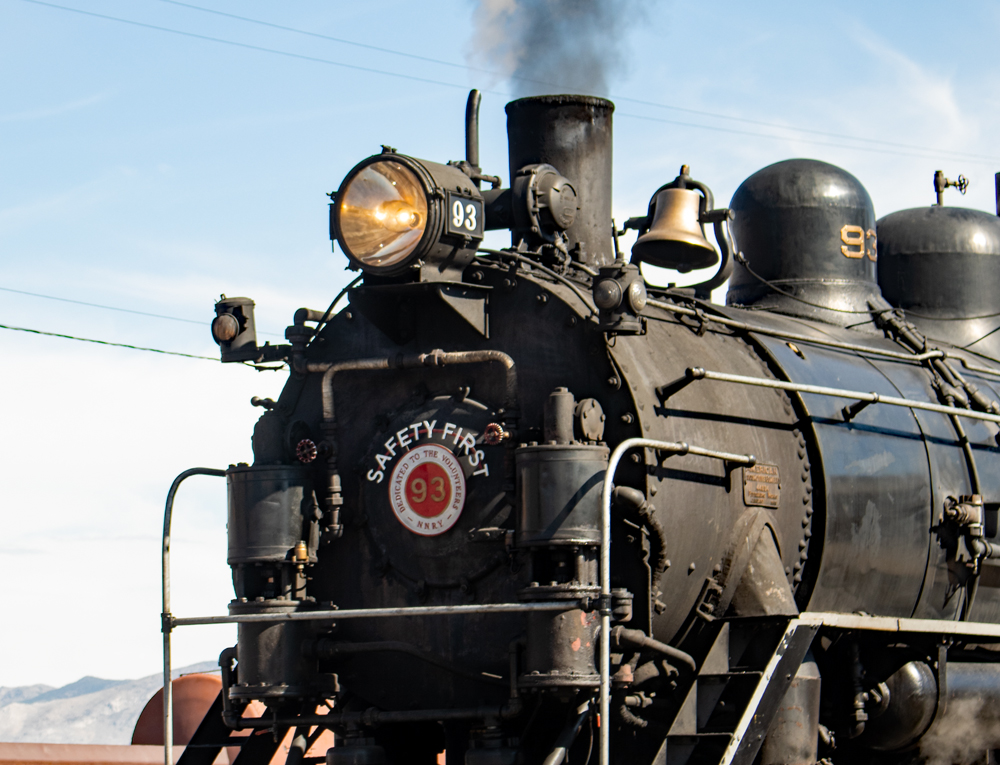 As soon as trains began running at night railroads realized a light was needed for crews to see the tracks ahead and for people at grade crossings to be warned of the oncoming train. The first attempt at a headlight appeared in 1832 and involved a large wood bonfire burning in an iron cage on top of a flatcar pushed by the locomotive. A much better approach soon arrived, a metal box mounted high on the front of locomotive containing an oil lantern in front of a reflector.

In 1897, a dramatically improved headlight appeared featuring a powerful beam powered by electricity. This light was so superior that Congress passed a law in 1915 requiring all locomotives to be equipped with electric headlights.

But how can a steam engine produce electricity to run its lights?

The heart of the system is the steam turbine generator. Usually mounted along the top of a boiler, these ingenious devices use a powerful jet of steam from the boiler to spin a turbine wheel connected by driveshaft to a generator. Turbogenerators were made by several companies in the steam era, including Pyle-National, Sunbeam, and General Electric. A typical model, Sunbeam’s type RE-3, produced 500 watts at 32 volts at a turbine speed of 2,400 revolutions per minute — enough to power the headlight, classification markers, number board lights, and the bulbs illuminating the instruments in the cab. By varying the amount of steam, more or less voltage is produced.

Suitably powerful incandescent lightbulbs proved too delicate for the jolting and vibration of train service, so arc lights were originally used. Arc lights produced near-blinding light, so much so that engineers were advised to shut off headlights when sitting in stations. The carbon rods in the arc lights were prone to breakage and lasted only eight or nine hours. Replacing them was just one more chore on an already labor-intensive steam engine. In due time, more rugged lightbulbs were developed for headlights and the arc light faded into the past.

In operation, turbogenerators proved fairly trouble free. Since they are rotary devices, they avoid the wear and tear inherent in reciprocal (back and forth) mechanisms. Maintenance involved occasional cleaning, adjustment of the commutator and brushings, and the addition of a few tablespoons of lubricating oil.

An early instructional text, issued by Pyle-National, noted that the voltage is so low in these devices that “no shock can be felt when direct and intentional contact is made. One thing should be clearly understood, however, and that is, a watch should never be brought closer than 18 inches to the dynamo, as it is very apt to become magnetized, thus destroying its usefulness as a timekeeper until demagnetized.”

The next time you’re near an operating steam locomotive, look along the top of the boiler. The turbogenerator can easily be spotted thanks to a thin, continuous cloud of escaping steam, an ingenious solution to a problem as old as railroading.