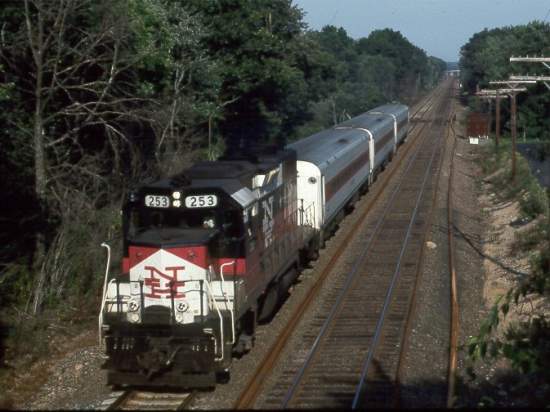 In a nod to the past, Shore Line East locomotives are lettered and painted for the New Haven Railroad. ConnDOT FL9M’s and P32ACDM’s used on Metro-North also wear the same 1950’s-era McGinnis livery. In 2005, ConnDOT acquired former P40 Genesis locomotives from Amtrak.

Shore Line East provides peak-period service Monday through Friday. The majority of trains leave Old Saybrook and New London in the morning, and depart New Haven in the evening.

A limited number of flip-back trains offer non-stop express service eastbound to Old Saybrook in the morning and westbound to New Haven in the evening. One additional round-trip runs on Friday afternoons in the summer. One morning round trip continues west from New Haven to Stamford and back, and one evening eastbound train originates at Stamford.

Shore Line East passengers can also use two CTTransit buses for additional rush-hour service to and from Old Saybrook and Guilford.

Trains do not operate on Saturday, Sunday, or major holidays.