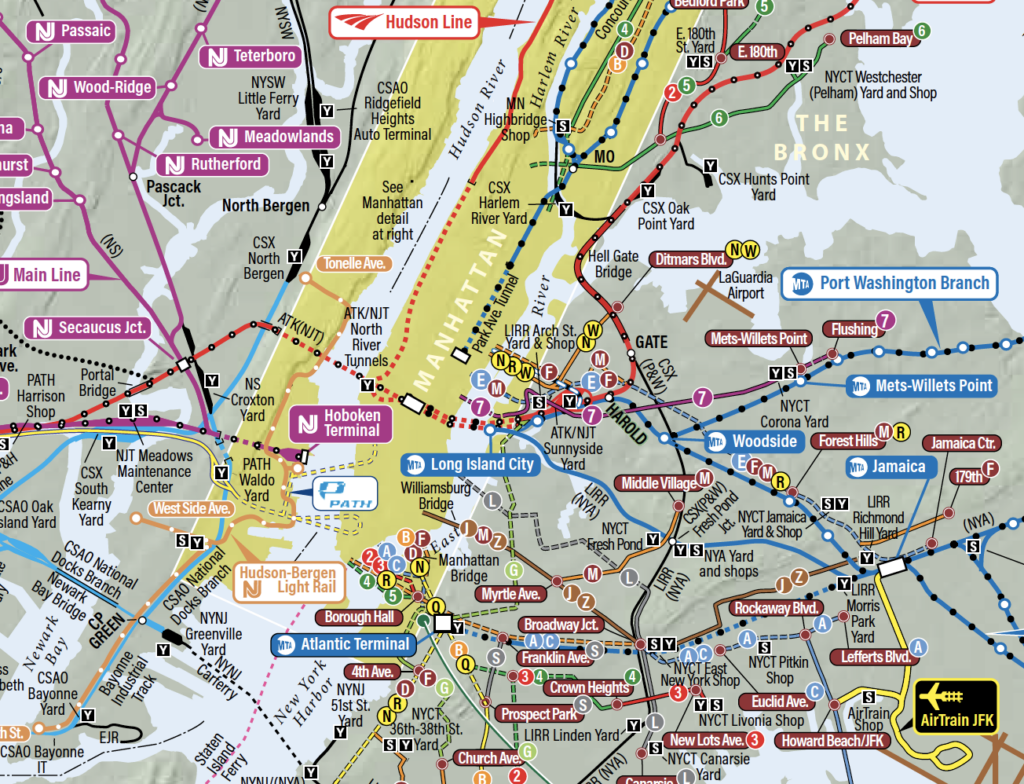 [CLICK ON THE MAP TO SEE A LARGER VERSION]

Major locations covered in the NYC train map include Manhattan, Queens, The Bronx, Brooklyn, and Long Island, and Staten Island in New York. Mapmakers also include an inset map of Manhattan with the Hudson River and the adjacent New Jersey shore of the river.

This New York train map is largely the product of Bill Metzger. He is a veteran map maker who created the first Trains Map of the Month in 2004.

The mapmakers even consulted New York Metropolitan Transportation Authority officials to confirm the accuracy of this route map. It may be the best NYC train map available today.