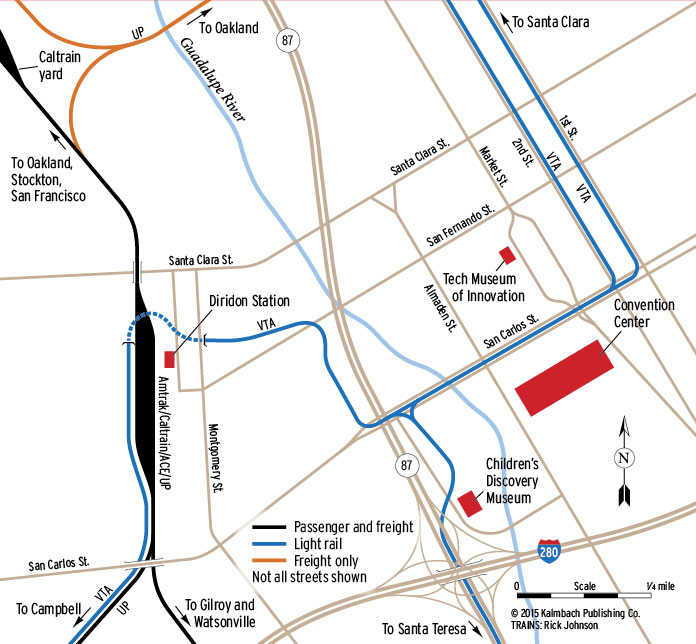 The nation’s 10th largest city, San Jose has been flirting with the 1 million population mark for several years. Within the city and surrounding Santa Clara County are 74 passenger rail stations, 62 of them on the Valley Transportation Authority’s light rail system. The remainder serve one of three passenger carriers: Amtrak, Caltrain, and the Altamont Corridor Express, known as ACE. These railroads intertwine and connect at several locations, but all come together at only one place, Diridon Station, a national historic landmark on the edge of downtown. 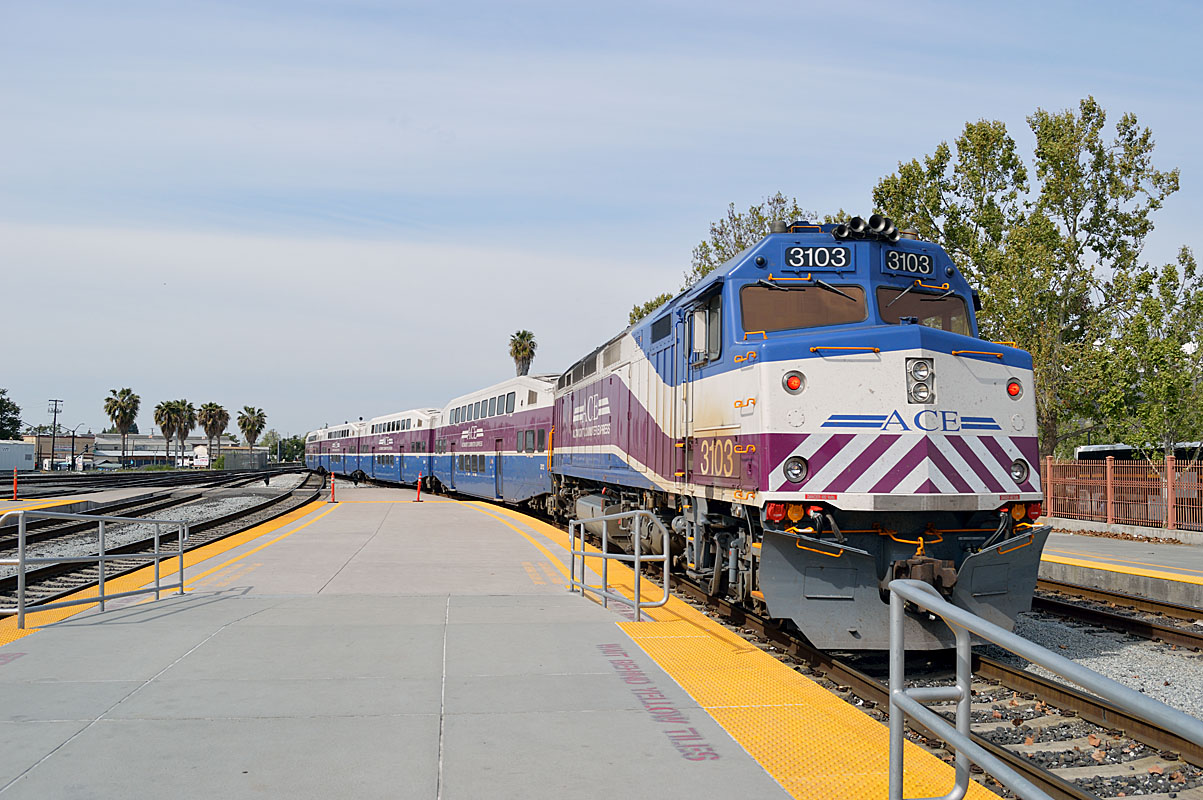 An ACE commuter train departs San Jose Diridon for Stockton in push mode.
Jody Meacham
Stand on the San Carlos Street bridge south of the station for an overview of activity on its nine tracks plus the Winchester-Mountain View light rail line. The best times are during the morning or afternoon commutes, when most of Caltrain’s 184 weekday arrivals and departures appear. Caltrain runs originating or terminating at the Tamien and Gilroy stations farther south will pass beneath your feet, as will Amtrak’s Coast Starlight and deadheading ACE commuter trains.

Amtrak California’s blue-and-gold fleet of bilevel cars sustains seven daily Capitol Corridor round trips to Sacramento, one about every 2 hours. But to see the queen, Amtrak’s Coast Starlight, you must be there at 9:55 a.m. for the southbound No. 11 and 8:11 p.m. for northbound No. 14.

An irregular pattern of Union Pacific freight trains, including the late-night rock job from the Logan Quarry near Watsonville and intermodals, passes through on the Coast Line. An occasional Permanente Local to the quarry in Cupertino works the Vasona Industrial Lead that parallels the light rail to Campbell.

FOR YOUR FAMILY
Downtown has two excellent museums for kids within walking distance, the Children’s Discovery Museum of San Jose for younger ones, and The Tech Museum of Innovation for all ages, showcasing the local computer industry with an IMAX theater. 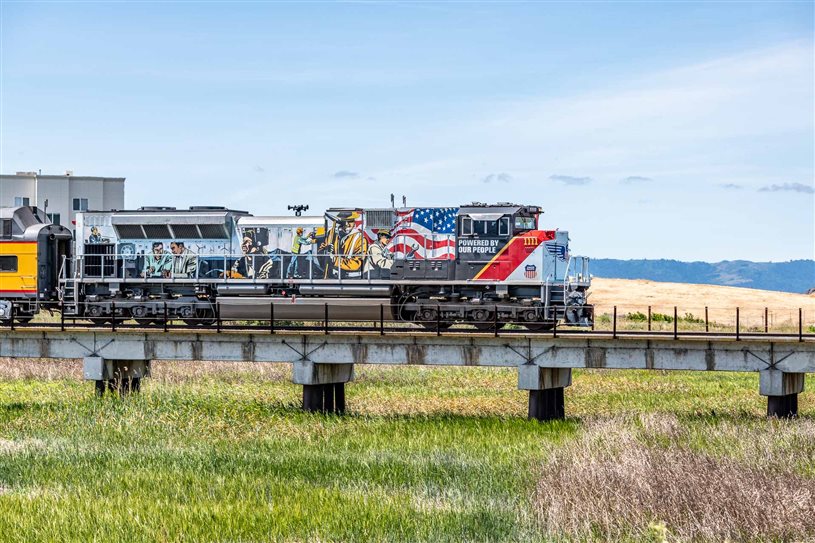 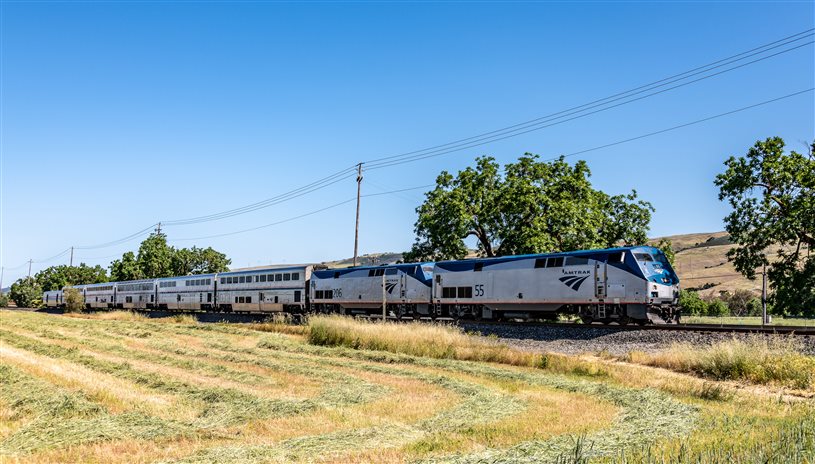 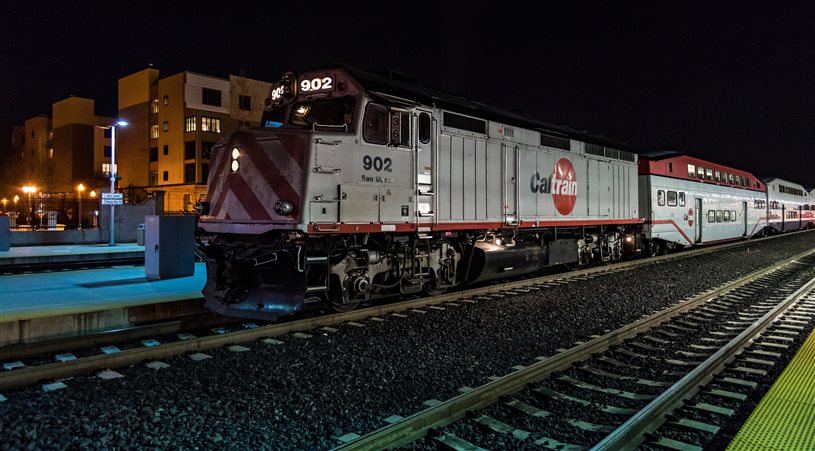 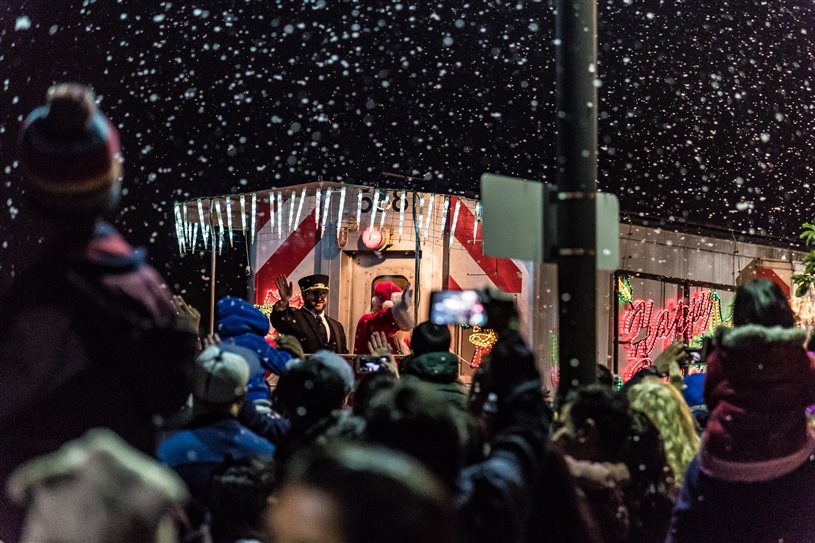