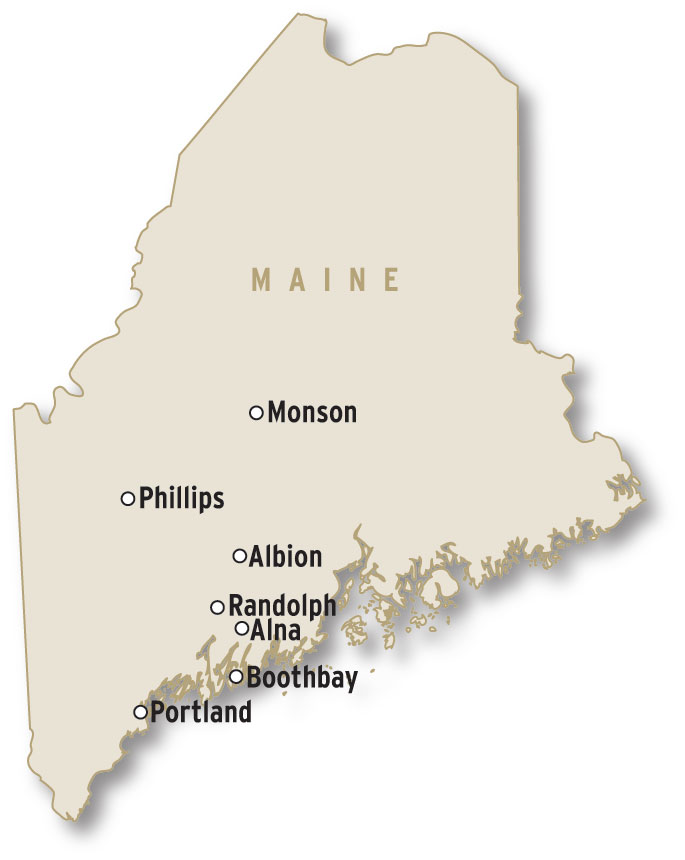 A century ago, a quirky group of railroads built with their rails just 2 feet apart sprawled across the wilderness of Maine. The narrow gauge railroads were cheaper to build and could go places standard gauge roads could not. By the 1920s, there were five narrow gauge railroads in the state, from the 112-mile Sandy River & Rangeley Lakes to the 5-mile Kennebec Central.

With the advent of the automobile and the Great Depression, the Maine two-footers were gone by World War II. However, Ellis D. Atwood saved equipment and in the late 1940s moved it to Massachusetts, where it ran until 1992. Much of that equipment became the basis for today’s operations.

TRAIN WATCHING
Much of the former Atwood equipment is in Portland at the Maine Narrow Gauge Railroad Co. & Museum. It is located on the waterfront at the old Portland Co. complex, which once built 2-foot-gauge steam locomotives. The museum’s displays include two steam locomotives and the only 2-foot-gauge parlor car ever built. The museum offers train rides behind a 23-ton diesel or Bridgton & Saco River 2-4-4T No. 7, once restoration is completed later in 2015. A recreation trail follows the entire route and great photographs can easily be made along Casco Bay. See www.mainenarrowgauge.org.

An hour north lies one of the most impressive railroad restorations in America: The Wiscasset, Waterville & Farmington Railway Museum in Alna. This dedicated group of volunteers has rebuilt more than 2 miles of track, a four-stall shop, a freight house, a water tank, and two stations, as well as rebuilt or built-from-scratch 2-foot-gauge equipment. The group operates 0-4-4T No. 10, which started its life on a 30-inch-gauge plantation railroad in Louisiana, and and is restoring WW&F No. 9, the oldest Maine narrow gauge locomotive in existence.. The engine is expected to be completed in 2015. The annual picnic, held each August, is perhaps the best time of year to go as the museum runs extra trains. See www.wwfry.org.

Not far from Alna is the Boothbay Railway Village, the oldest 2-foot-gauge museum in the state. Boothbay’s loop of track features three German-built 0-4-0Ts hauling passengers on excursions. One of the best spots for photography is the covered bridge, and on the far end of the loop there is a small station and a rebuilt town that make a great photo prop. See www.railwayvillage.org.

Further inland is the Sandy River & Rangeley Lakes Railroad in Phillips. While the original railroad once stretched across the mountains of western Maine, today’s version is just a half-mile long. The operation has rebuilt six original structures as well as built a new eight-stall roundhouse. The jewel of the fleet is former Monson Railroad 0-4-4T No. 3, which is on a long-term lease from the Portland museum. See www.srrl-rr.org.

You can find locations across the state with more narrow gauge history. In Monson, check out an old restored freight house. In Albion, the local historical society rebuilt the former WW&F station and a short stretch of track with a flanger. Near Randolph, volunteers cleared parts of the former Kennebec Central right-of-way as a hiking trail.

FOR YOUR FAMILY
Portland, the state’s largest city, has been called “America’s foodiest small town” and hosts dozens of award-winning restaurants and bars. Several are close to the narrow gauge museum. Find great outlet stores up the road in Freeport, home of L.L. Bean. Further north, near Phillips, go hiking and skiing in the mountains of western Maine. 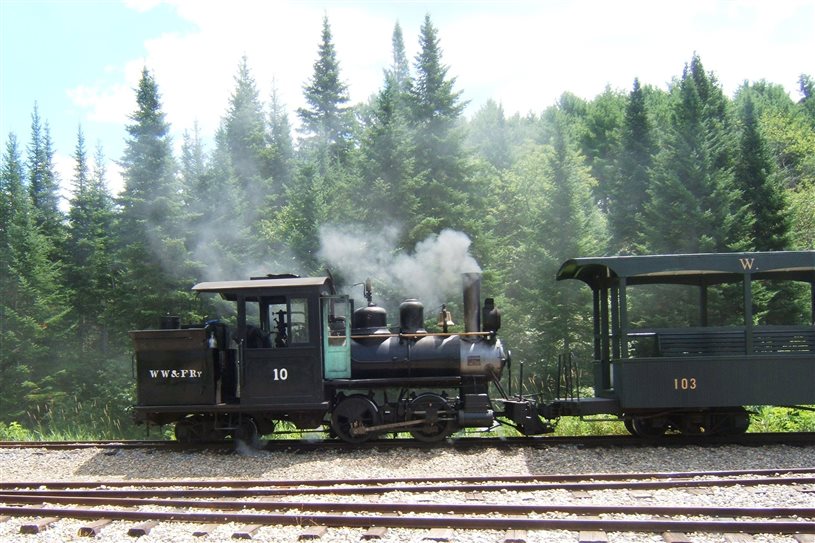 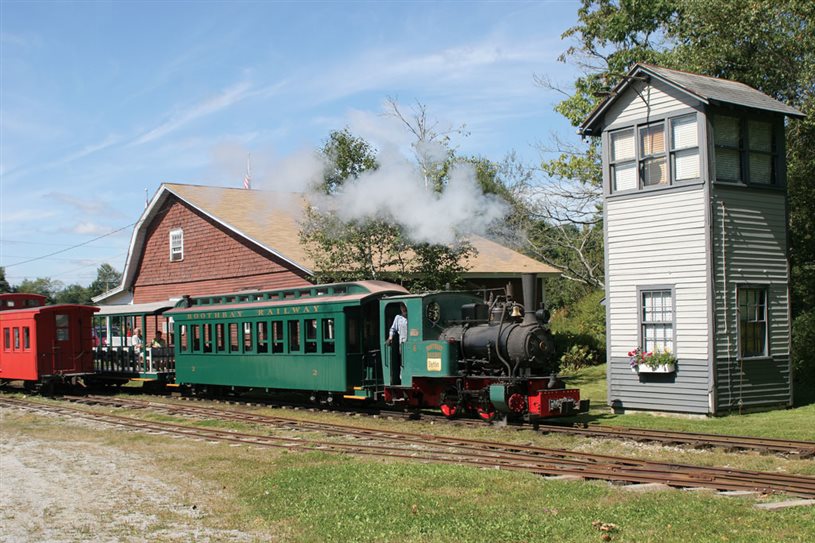 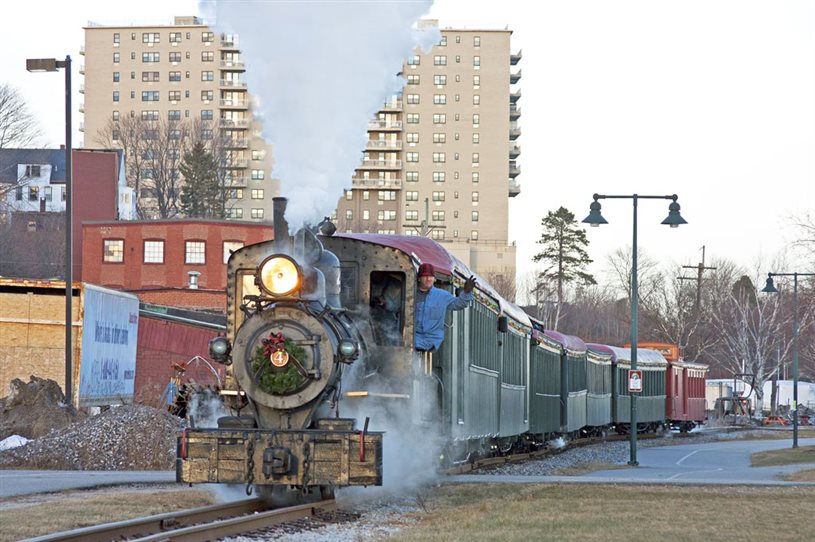