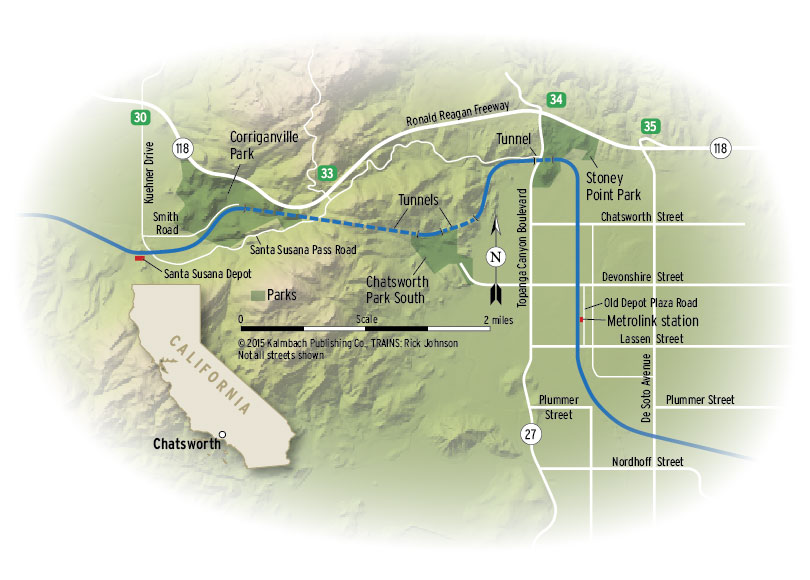 Chatsworth is a neighborhood of 41,000 people, located in the San Fernando Valley northwest of downtown Los Angeles. It has traditionally been a favorite trainwatching spot in the region, situated on the former Southern Pacific “Coast Line” between Los Angeles and San Francisco. A now-abandoned SP branch from Burbank once ran nearby.

The city is, perhaps, best known for a fatal 2008 collision between a Metrolink commuter train and a Union Pacific freight that started the modern mandate for positive train control. However, that incident should not color potential visitors’ perceptions of train-watching in the area. 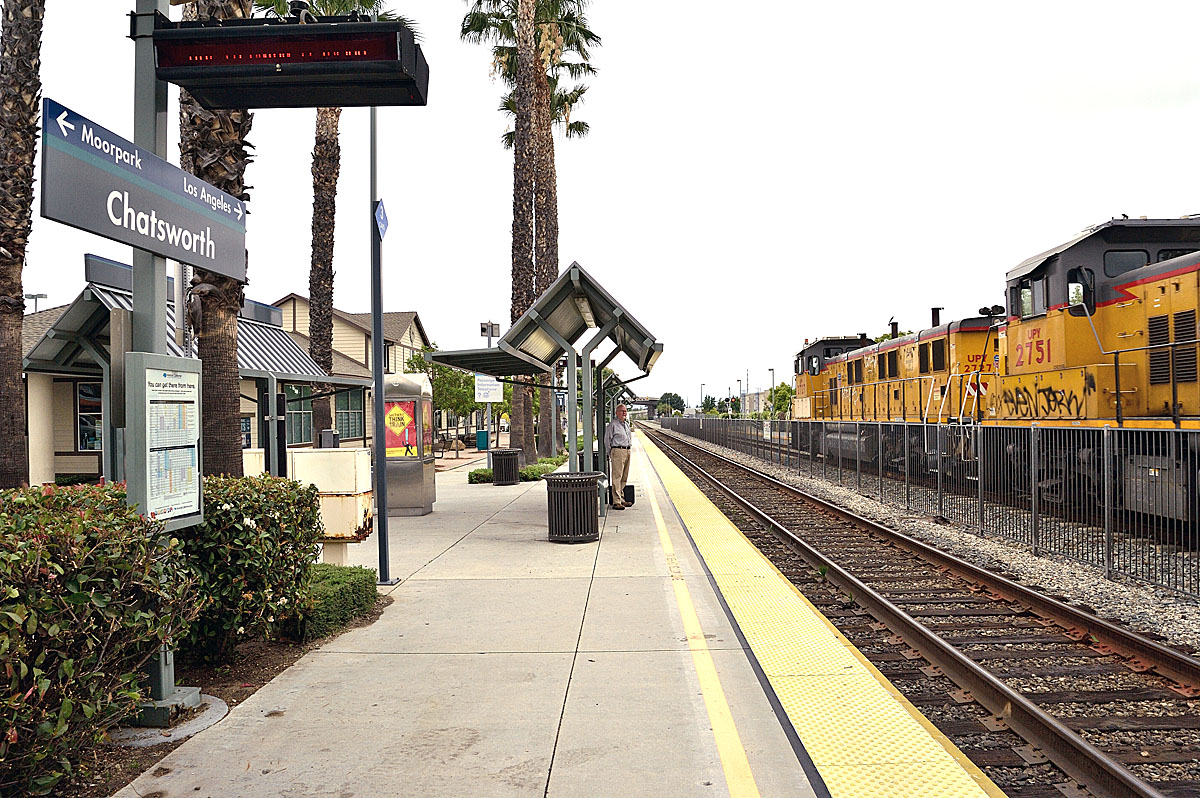 A northbound UP local passes the Chatsworth station in May 2015.
Bob Miller
This part of the Coast Line is now the property of Metrolink, operated as its Ventura County Line between Oxnard and Los Angeles Union Station. The commuter railroad operates more than 20 trains through Chatsworth on weekdays, but does not offer weekend service. Several trains call Chatsworth their northern terminus, laying
over 10-15 minutes before heading back south. Amtrak serves up 10 Pacific Surfliners daily, as well as its long-distance Coast Starlight.

The line is not a major route for through freight, although unit crude-oil trains, detours from other main lines, and auto rack repositioning trains do show up. The best time to catch them is on the weekend, when commuter trains are not operating.

The northbound Guadalupe local typically operates Mondays, Wednesdays, and Thursdays and is usually seen in Chatsworth between 3 and 5 p.m. The southbound leg is in the evening. The Simi Valley local operates as needed, and can come through at any time, usually in the morning. The locals regularly operate with modern genset locomotives.

The downtown Metrolink and Amtrak station is a great location to take in all the action in an urban setting. Just to the north, check out Stoney Point, a popular trackside location for film shooting going back 80 years. The area is north of the station along Topanga Canyon Boulevard. To the west, a number of parks offer more relaxed locations to watch.

FOR YOUR FAMILY
Several parks provide family accommodations trackside, and Chatsworth is full of shopping and dining options. Be sure to check out the former SP Santa Susana depot museum, located along the Metrolink main line to the west. For more information about the museum, go to www.santasusanadepot.org.
You must login to submit a comment
Related Articles