All you ever wanted to know about railroad spikes 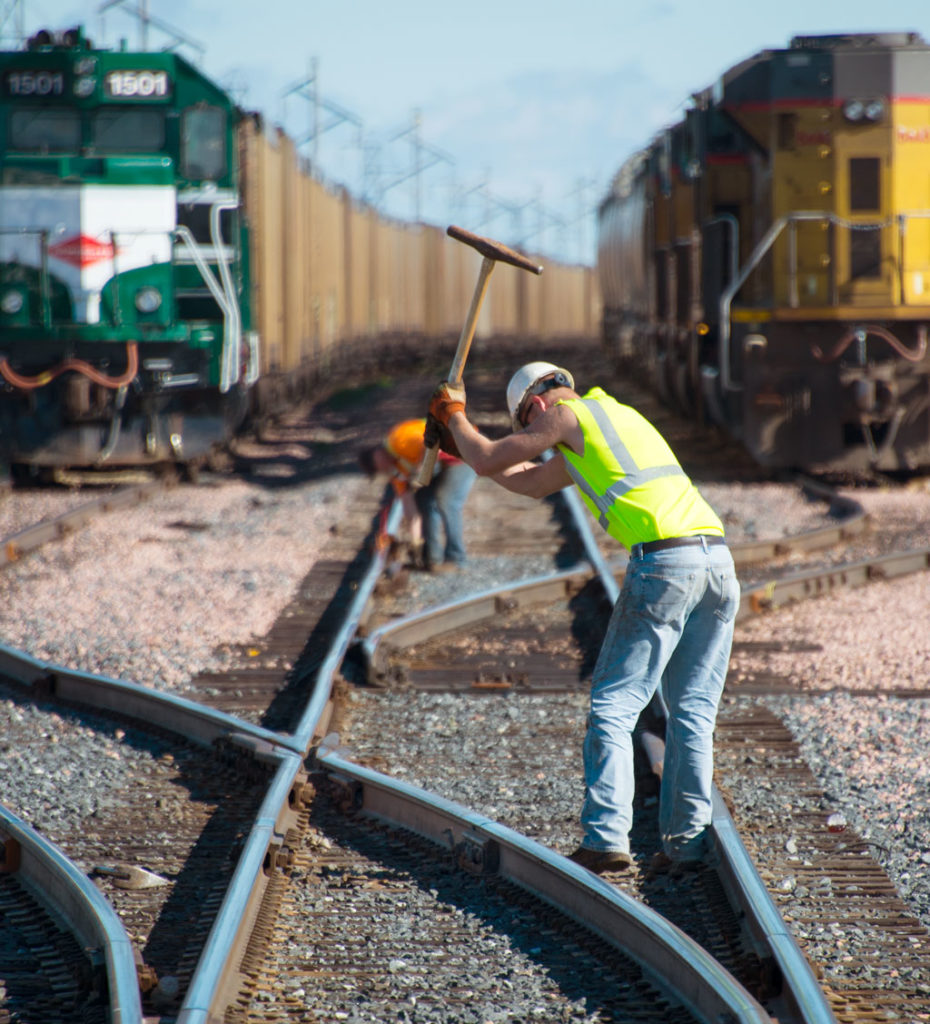 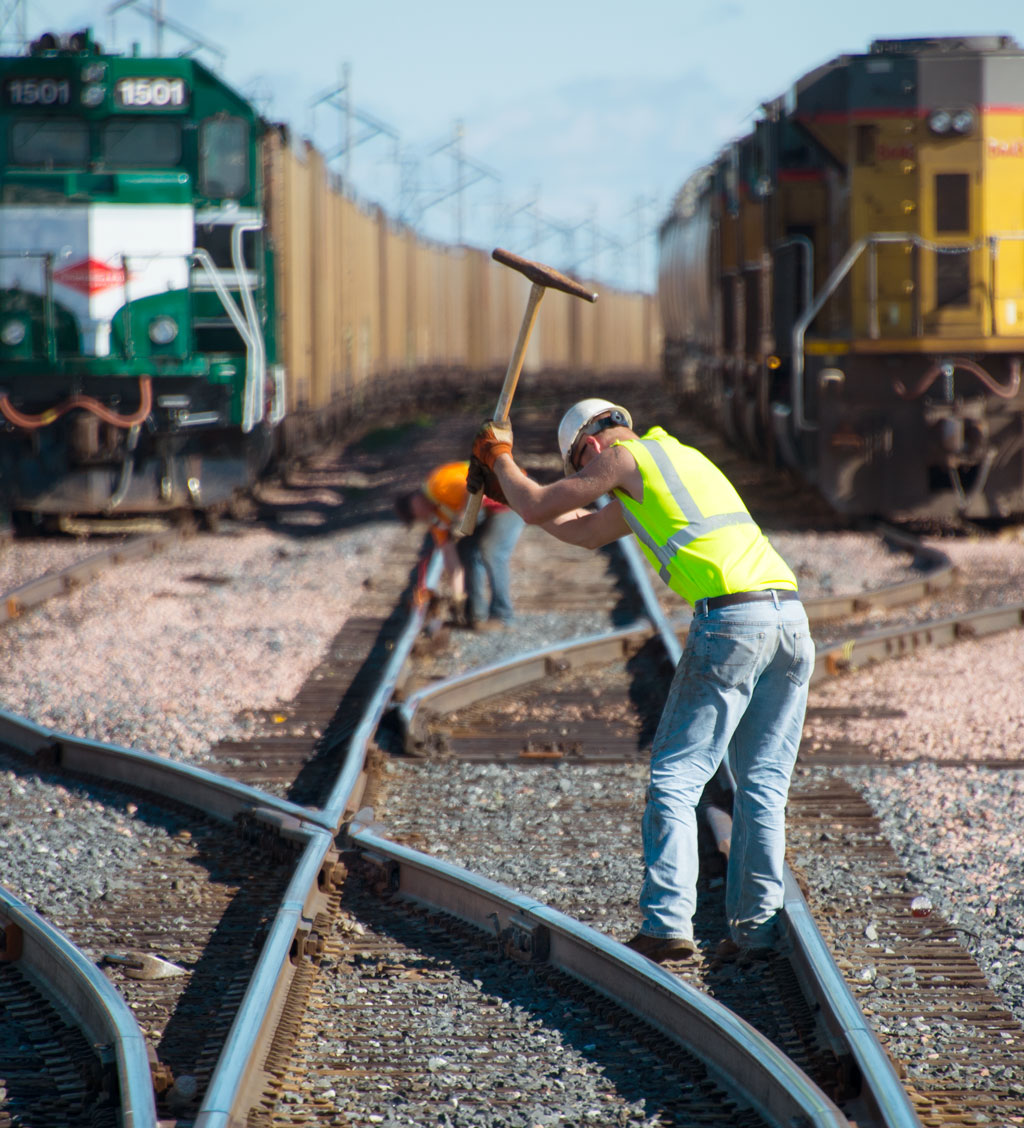 A track worker hammers in spikes on a turnout.
Steve Smedley 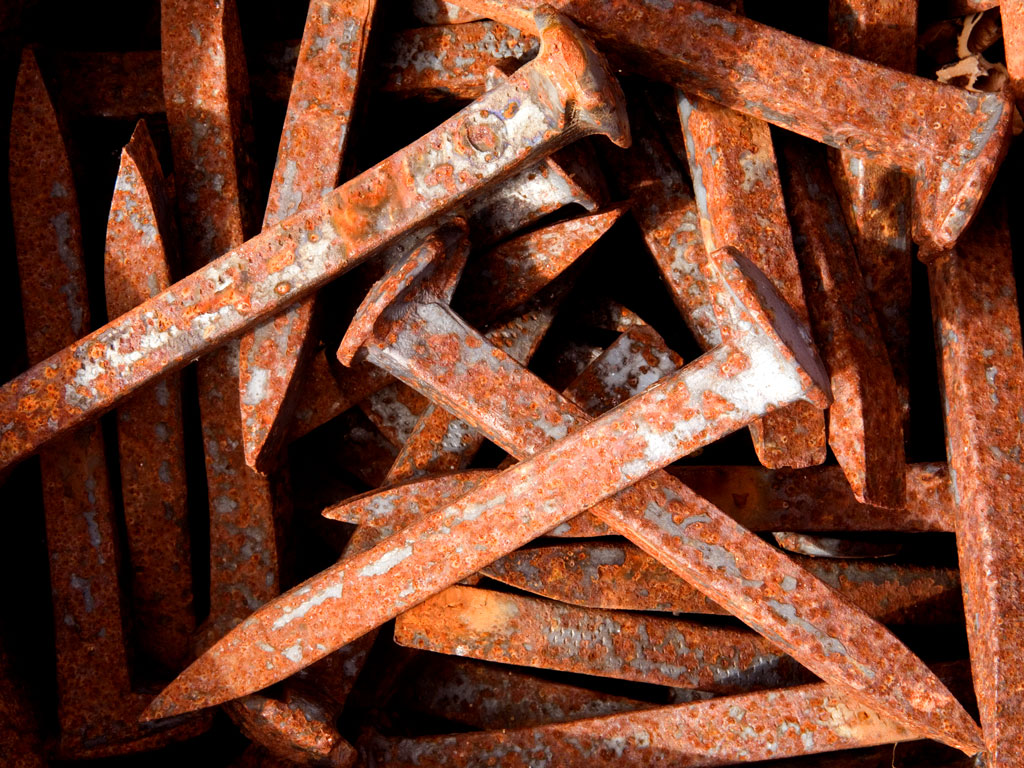 The Golden Spike of the first transcontinental railroad was but one of millions in the nearly 2,000-mile route between Sacramento, Calif., and Omaha, Neb. Spikes date back to the first railroads in the 1830s and are still the fastener of choice for most North American railroads. Let’s take a look at this important hardware.

A tale of five spikes
The famed Golden Spike was actually one of four, driven into a tie of polished California laurel. The famous golden Last Spike, as it has come to be known, was cast by the William T. Garratt Foundry in San Francisco. It was cast of 14.03 troy ounces of 17.6-karat (73-percent) copper-alloyed gold and is now displayed at Stanford University, Stanford, Calif.

The San Francisco News Letter newspaper supplied a second gold spike that has been lost to history. The state of Nevada supplied a silver spike. Craftsmen forged it from 25 troy ounces of silver. It also resides at Stanford University.

Arizona supplied an iron, silver, and gold spike. It is now at the Union Pacific Railroad Museum in Council Bluffs, Iowa, and is on permanent loan from a museum in New York.

A fifth spike, identical to the famous golden one, was cast at the same time. It was secretly kept by the family of David Hewes, the financier who thought up the Golden Spike, until 2005. This spike is now at the California State Railroad Museum.

Following the last spike ceremony, the special tie and spikes were removed and replaced with standard equipment. Southern Pacific bypassed the area in 1903 and the track was torn up in 1942 with an “Undriving of the Last Spike” ceremony. Everything useful, including spikes, was scrapped to support U.S. efforts in World War II.

Spiking Strategies
Driving spikes by hand is a learned skill. The track worker uses a spike maul, typically 10 pounds with an asymmetrical head, larger on one end than the other. A spiking crew can complete about a quarter mile of track per day.

How to spike
1. Grasp the spike maul with both hands like a baseball bat, but with hands slightly apart to prevent rubbing and blistering.

2. Swing the maul down and hit the spike with the larger end of the head, and the handle parallel to the ground. Don’t hit the rail. The rail can dent.

3. As soon as the maul hits the spike, flip your wrists and arch your back while bringing the maul over your shoulder for the next hit.

Spiking machines require two operators, one positioned over each rail, who use joysticks to guide each spike into the hole in the tie plate, then push a button to drive the spike home. A machine spiker can complete about a mile of track per day.

Pulling a spike from a new tie can require a series of hard downward thrusts, and represents as much effort as driving a spike. Pulling a spike from an old, decayed tie, by contrast, can be accomplished with a single downward push. Carrying a 27-pound clawbar is often the more strenuous task. Automated spike-pulling machines can pull spikes at a rate of one every 2 seconds.

Who invented the spike?
The spike was invented along with the modern flat-bottomed rail about 1830 by Robert Livingston Stevens, president of the Camden & Amboy Railroad. He designed the spike to anchor these new rails, which were each 15 feet long and weighed 36 pounds per yard. Today the Camden & Amboy is part of Amtrak’s Northeast Corridor and its rails are about a hundred pounds heavier per yard. Rails were spiked directly to the ties until tie plates became popular around 1900.

Tie plates
An often overlooked track component is the tie plate. It more than doubles the contact area between rails and ties, spreading the weight of passing trains.

Tie plates are asymmetrical. They are sloped to hold rails at an inward cant, which helps to resist the lateral forces. These forces from passing trains can widen the gauge or rotate the rail, speeding up rail wear or causing rail rollover. This rotation is called dynamic cant, and rail clips resist it far better than spikes. Clips hold rails tightly to ties while spikes are easily pulled out of the ties.

Spike Alternatives
Spikes remain the fasteners of choice for North American railroads. A CSX Transportation representative says that the railroad uses spikes on 97.5 percent of its 29,676 miles of track. It uses other fasteners on approximately 41 miles of curves and 700 miles of track with concrete ties.

The primary alternatives to spikes in North America are elastic fasteners — also called rail clips. These fasteners serve the purpose of both spikes and rail anchors in conventional track, restraining the rail from lifting up out of the tie plates and from sliding lengthwise.

Longitudinal movement is generated by temperature change, traction, or braking forces from trains.

Spikes primarily hold rail in gauge and provide little resistance to sliding or rising rail. Rail anchors restrain creeping, but as the track flexes under trains, spikes slowly lift up and loosen. The spike hole gets larger and water can enter the tie. In the days before manufacturers treated ties with creosote, this shortened a tie’s life dramatically.

An American phenomenon
When the railroad arrived in the United States in the 1820s and 1830s, it came from the United Kingdom. Other technologies were shared back and forth, but the spike has remained mostly an America staple.

British rail used a “bullhead” profile instead of the flat-bottom rail in North America, and chairs instead of tie plates. Bullhead rails once had similar heads and bases, and early engineering documents describe being able to flip the rail over after the top had worn out. In practice, the rail was indented at each chair and would make for rough riding. Later profiles had a larger top head to reflect its heavier load. Flat-bottom rail is now standard in the U.K. although bullhead rail is used on heritage railroads and the London Underground.

Clips & spikes
Where clip fasteners are used on wooden ties, they attach to tie plates fastened to the ties. These are often spiked to the ties, or they may be attached with screw spikes or hairpin spikes. Both restrain rail vertically but cost more than regular spikes and are inserted with different equipment.