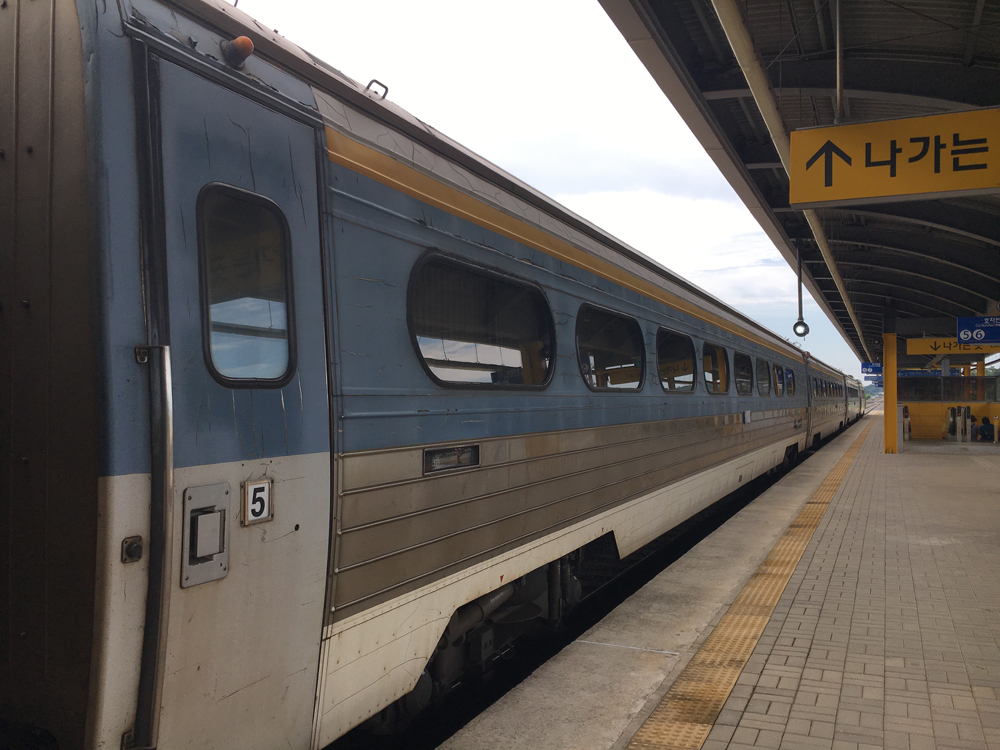 South Korea “Amfleet” passenger cars: The former Budd Company was well-known for its signature, corrugated stainless steel style when designing passenger cars. Just by a glance, it is usually easy to spot a Budd car.

When Amtrak came on the scene, the Budd’s Metroliner was used as the basis for the Amfleet I and II cars which have now been serving intercity services since the mid-1970s. The Amfleets were Budd’s last intercity cars and arguably the epitome of their signature style.

However, it seems that the Amfleets might have had overseas influence at around the same time. South Korean railfans have a theory that a family of their 1980s and 1990s-era passenger cars were directly influenced by the iconic Budd cars in the U.S.

During the mid-1980s, the former Korean National Railway upgraded their flagship “Saemaul” (Korean for “New Town”) service to prepare for the 1988 Seoul Olympics. The introduction of new rolling stock was the chosen solution to freshen up the image of South Korea’s rail system. The former Hyundai Precision & Industries and Daewoo Heavy Industries were selected to build the new cars. Introduced in two generations, each from 1986-1987 and 1990-2001, the cars featured a streamlined, corrugated stainless steel exterior. They were initially pulled by standalone diesels but later became part of push-pull sets that were powered by streamlined diesel power cars between 1987 and 2013. Some of the cars were also transferred to the commuter-class Mugungwha (Korean for “Rose of Sharon” – the South Korean national flower) services during the 90s, where eight remain to this day as first-class coaches. They can be found on Jungang, Taebaek, and Yeongdong Line services. Four cars were also transferred to the Eco-Rail tour train for cyclists, while the rest were retired in 2018, with some being exported to Iran.

The cars themselves are similar to the Amfleets, with a couple differences.

They have the same corrugated, stainless-steel exterior with expanded and rounded sides. However, the Korean cars have skirts, and the windows are larger and rounded. The steps at the exit doors are also only designed for lower-level platforms, and do not need to be lowered. The Daejeon Rolling Stock Workshop in the central South Korean city of Daejeon is the current home to many of these remaining retired “Korean Amfleets.” They are stored on tracks on the eastern side of the maintenance complex and easily visible from a public trail that is simply separated from the shops by a wire fence. All the cars’ doors are open to allow airflow and prevent moisture buildup. Some of the cars are visibly in decent shape with more recent painting.

On the other hand, some have paint flaking off and moisture building up to the point you can see visible with water droplets on the windows.

Usually, passenger cars and other equipment that are set to be scrapped here literally have the word “scrap” in Korean painted on them with the use of a stencil. However, none of the cars are currently marked with the fateful designation despite them being stored at the facility for quite a while. One can wonder if the “Korean Amfleets” will be repainted and repaired for an extended lifetime of revenue service in some far away land.