Home / Railroads & Locomotives / History / How railroads standardized time in the US

Before 1883, every city and town set its own time, but that was no way to run a railroad 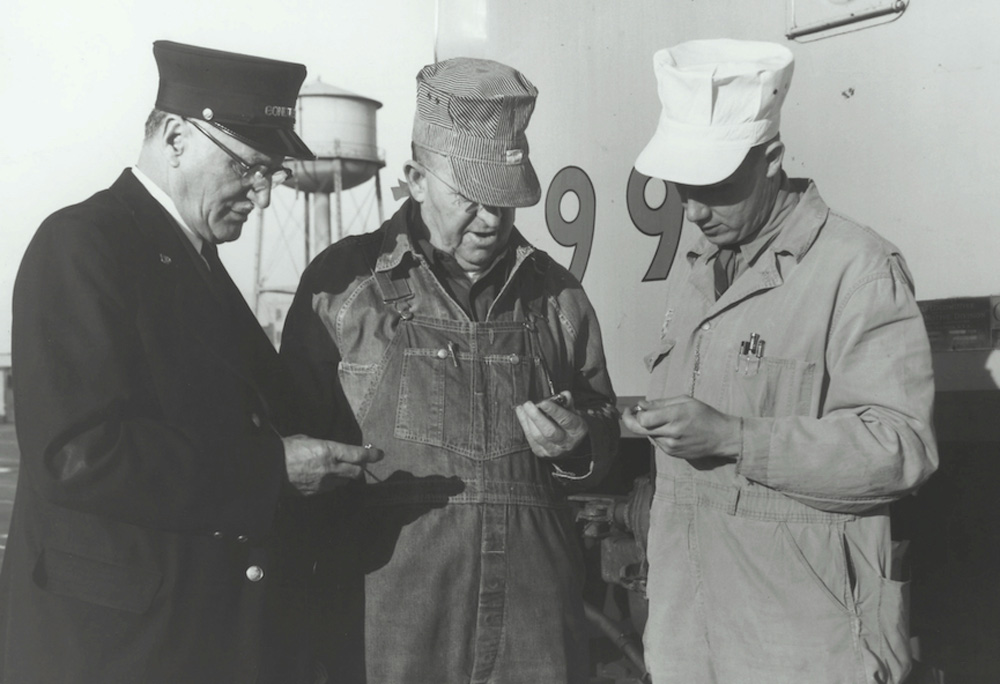 Standardized time in the US

Long before radios and extensive signaling systems, railroads safely operated multiple trains on the same line. Supplied with timetables showing the schedules of all regular trains and precisely worded written orders from the dispatcher, crews ran with a complete understanding of where and when they would meet other trains and which train would need to be in the siding to let the other pass. The system worked because every employee had a reliable pocket watch and regularly compared it to a master clock known to be accurate. As a further safety check, crew members gathered before each run to “compare dials” and make sure each railroader’s watch was correct.

By the mid-1800s, railroads operated far-flung systems with split-second timing while the rest of the country considered the measurement of time’s passage a purely local affair. Each community set its own time, often based on when the sun crossed the meridian when viewed from a local landmark. Solar time has a serious drawback, though: It varies depending on where you stand on the earth’s surface. For example, there is more than a minute’s difference between solar noon at the eastern and western edges of Chicago. Another approach to setting time was to adopt the standard used by the local railroad. For example, the Pennsylvania RR scheduled its trains on Philadelphia time.

A passenger on a Pennsylvania RR train arriving in Baltimore discovered local time was five minutes behind Philadelphia. If that traveler planned to continue west on the Baltimore & Ohio RR, he would be wise to adjust his watch. The B&O ran its trains on Baltimore time — at least until it reached Ohio, where it switched to Columbus time, unless, of course, the train was operating west of Cincinnati, in which case it was on Vincennes, Ind., time.

The confusion multiplied in cities served by more than one railroad. Passengers in Buffalo, N.Y., were confronted by three station clocks. One was set to New York City time, the standard used by the New York Central RR. The second showed Columbus time for the convenience of Lake Shore & Michigan Southern passengers. And the third clock indicated local Buffalo time.

Residents of Buffalo had to keep the various times in mind when planning a journey, but they could take comfort in knowing the situation was even worse in Pittsburgh, which was served by railroads operating under six different time standards.

By the 1880s, the nation’s railroads were using at least 68 different time standards, and even routine tasks, such as selling tickets for connecting trains, were becoming almost impossible.

Great Britain adopted Greenwich Mean Time in 1848. In the United States, several respected scientists had advocated dividing the nation into a handful of standard time zones, but little progress was made. The railroads, far and away North America’s dominant industry, decided it was time to flex their combined muscle. Acting with the overwhelming support of member railroads, William F. Allen, secretary of the American Railroad Association, announced four U.S. time zones: Eastern, Central, Mountain, and Pacific. Furthermore, the association stated, on Sunday, Nov. 18, 1883, every railroad clock across the country would be set to the new time standard.

With the railroads unified, it didn’t take long for the general public to accept standard time. In short order, local, state, and federal offices were also using the system promoted by the railroads, although it took Congress 35 more years to give official sanction to standard time.

Today, most trains are dispatched by computers and radios, and their movements are controlled by color light signals. Nevertheless, every employee is still required to have a reliable watch, to compare it to a clock known to be accurate, and to make sure it never varies from the correct time by more than 30 seconds.

From the book Faces of Railroading published by Kalmbach in 2004.

Check out more articles on the history of railroads.