An unusual look at the holiday classic book and movie 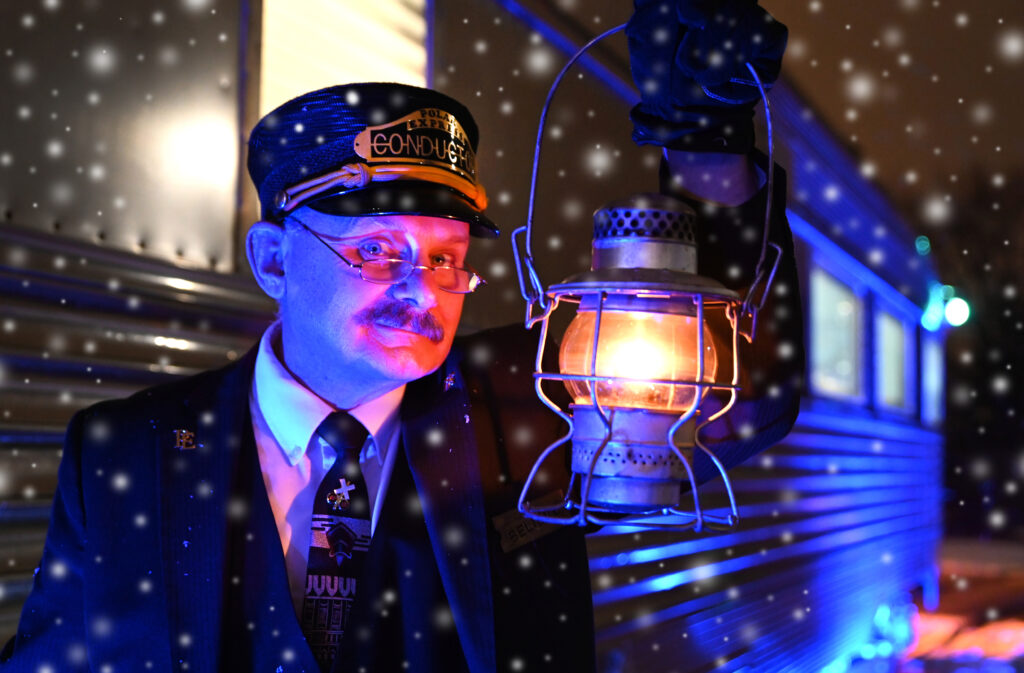 In 1985, illustrator and writer Chris Van Allsburg penned what has become a classic Christmas story — The Polar Express. Then 19 years later, 2004, film director Robert Zemeckis led a team to create the feature-length, animated version of the story centered around a most magical train and testing our “persuasion on the big man.” The story, itself, now transcends a generation and the still-popular movie is not far behind. Today, dozens of tourist railroads and train museums in North America and Europe bring The Polar Express Train Ride to life in live interactive performances.

“All aboard! Well? You coming?” Read on for five mind-blowing Polar Express facts.

We know The Polar Express is a magical train, but even Amtrak isn’t this flexible to accommodate passengers. In the book, there is no scene where we can fully determine the number of cars in the train. Based on the Van Allsburg’s illustrations, it could be between two and eight cars. In the movie the car count is different. The first time the train appears — to pick up the Hero Boy, as he is called — the count is clearly five cars. When the train passes through the forest, it appears to have expanded to at least eight cars. Traveling up Corkscrew Mountain to “scrape the moon” the train again appears to have expanded to possibly as long as 18 to 20 cars. In the movie, the Hero Boy was supposed to be the last child aboard, but the train stopped for Billy, the sad boy. At that point the train is five cars. The magical question is: where did all the additional cars come from? What were they used for?

Probably the most annoying character in the movie is the Know-it-all kid. Yeah, you know who I’m talking about. The little nerd who can spew railroad rules like tap water, and thinks he knows everything about everything, including trains. Well guess what? The little nerd is wrong! When he pops over the seat and blathers a whole bunch of locomotive stats, he is wrong.

Here’s the scoop: The animation team modeled The Polar Express locomotive after Pere Marquette Railway No. 1225, which is 2-8-4 Berkshire wheel arrangement built by the Lima Locomotive Works in October 1941. The locomotive is part of the PM’s N-1 class. It weighs in at 442,500 pounds and when combined with the tender tips the scale at 805,900 pounds.

When modeling the locomotive for the movie, the animation team used the blueprints for No. 1225.

No. 3  Of flux capacitors and bendy trains

Think back to, well, Back to the Future. This three-movie franchise was a Robert Zemeckis-directed adventure. You may also remember that a key component of the time machine was the flux capacitor. As you are watching The Polar Express, look closely at the scenes inside the locomotive cab. Right there on the fireman’s side of the backhead is, wait for it, yes, a flux capacitor. Just like in comedy, if the gag works, go back to it a couple of times.

And speaking of weird railroad technology, be sure to notice the train cars as they go up and around the Cork-screw Mountain. The car bodies do not stay rigid, but rather bend in an arced configuration to match the curve of the tracks and the mountain ledge. Cool!

Pere Marquette Railway No. 1225 became a holiday darling when the movie animation crew used the locomotive’s plans — borrowed from the Steam Railroading Institute — to develop the locomotive we see on screen. Most of the time we don’t give locomotive numbers a second thought. In the case of The Polar Express there are two odd twists to the locomotive number. First, if we translate No. 1225 into a calendar date it becomes 12/25 or Christmas. Next, you may think that some preservation-minded soul with an over-abundance of Christmas spirit arranged to have No. 1225 be saved. Not so. It was pure happenstance that saved No. 1225. When the Pere Marquette converted to diesel power, a number of steam locomotives were sent to New Hudson, Mich., to be scrapped. A number of locomotives sat on the scrap line for an extended period of time waiting for a bank lien to be cleared. In the meantime, arrangements were made to donate a locomotive to Michigan State University for study purposes. Long story, short, the locomotive at the end of the scrap line was the most accessible and it happened to be No. 1225. The path of least resistance is paved with a touch of holiday magic.

No. 5  The North Pole or Mr. Pullman’s village?

We all know Santa lives and works with the elves at the North Pole. In The Polar Express book, Van Allsburg introduces the North Pole as: “ … a huge city standing alone at the top of the world, filled with factories where every Christmas toy was made.” His language puts toy making into a structural framework with an industrial process and order. This doesn’t sound too fun in the context of Christmas. Yet, Santa has deadlines to meet and logistical concerns to be grappled with. Zemeckis and his team had to deal with both the business nature of the North Pole industrial complex while softening the big city to fit the holiday spirit and the whimsical nature of toys.

Zemeckis grew up in Chicago. The model for the North Pole city was found about a mile from his boyhood home — the Pullman village. Pullman, located on Chicago’s southside, was the idealistic town developed by George Pullman to house his railcar manufacturing facilities and those who worked for him. On the outside, the village was aesthetically pleasing. The underlying fact was that Mr. Pullman’s village was an extremely ordered industrial facility designed to meet his goals in the most efficient, regimented fashion possible.

In the film, the architectural style and order of Pullman are reflected. They are, however, dressed in a manner that tones down the harsh realities of the massive manufacturing process involved in global toy production.

It’s always intriguing to peel back the curtain and take a look at the lesser-known side of anything. Have fun spotting the details in The Polar Express, but don’t let them get in the way of the fact that the “true spirit of Christmas lies in your heart.”

Like this article? Check out the “Five mind-blowing East Broad Top facts.”

Looking for a holiday train near you? Check out “2022 Holiday Trains: ‘Tis the season.”