Four cool diesels you can see in museums today 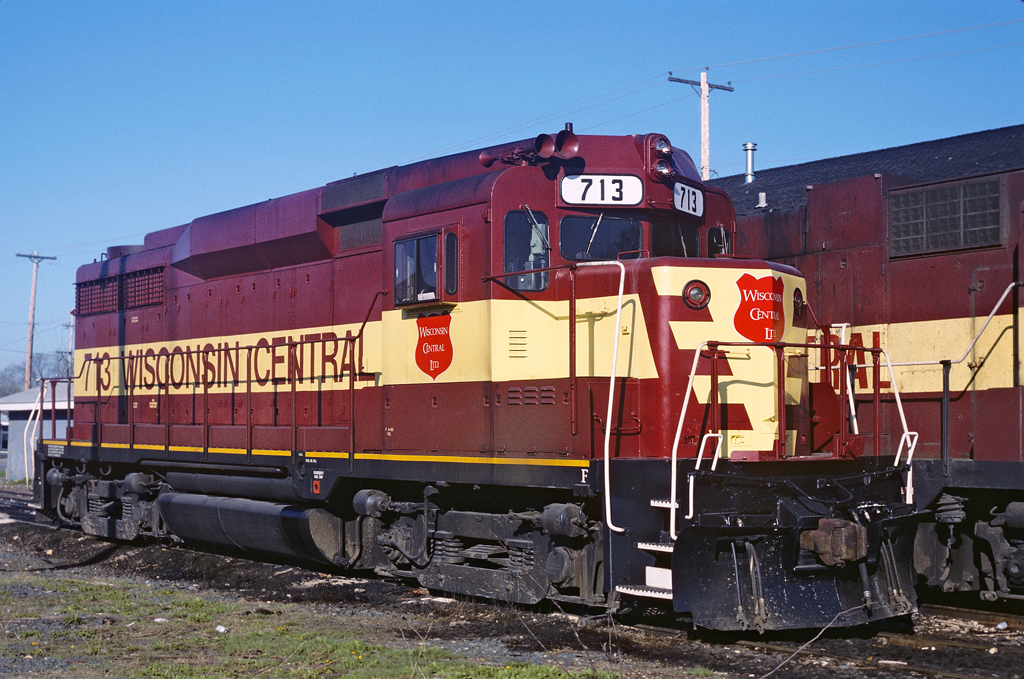 In Historic Trains Today, David Lustig tells of seven cool diesels you can visit in museums today. Here are four more examples of neat historic locomotives you can see, and in some cases, ride behind. 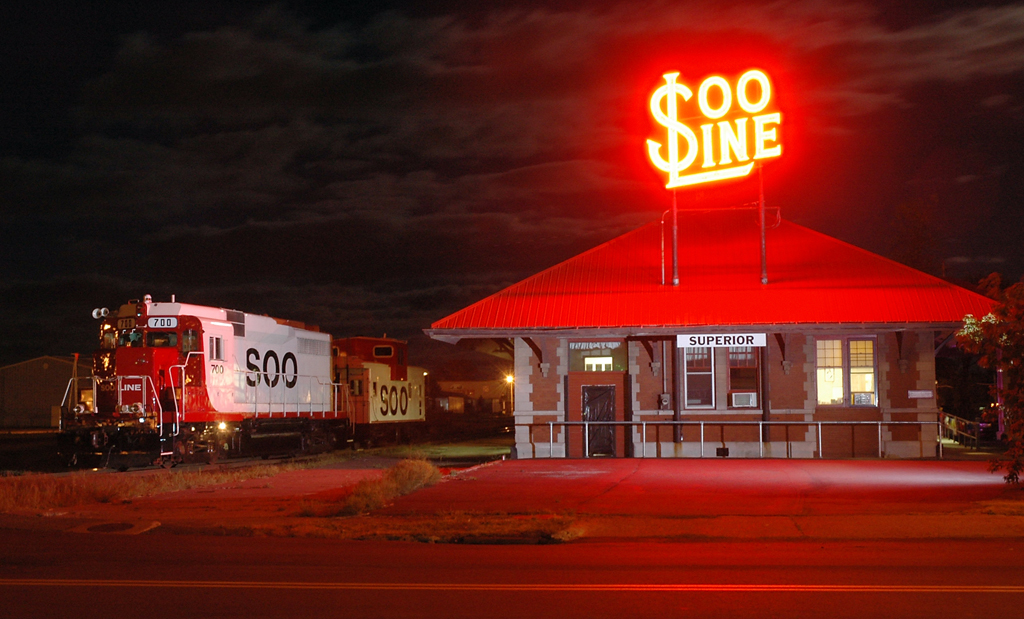 Electro-Motive GP30
The first of the second-generation diesels, EMD’s GP30 brought Detroit styling to road-switchers, employing a top-heavy hump and lots of curved sheet metal. Electro-Motive constructed 950 of them, including 40 cabless units for the Union Pacific.

At 2,250 hp, the model was planned as the GP22, continuing EMD’s practice of numbering road-switchers close to their horsepower. When General Electric introduced the competing 2,500 hp U25B, EMD quickly changed the GP22 to the GP30 designation.

Most major railroads purchased at least some GP30s, and found them to be satisfactory, if sometimes slippery, performers. A few units are still operating in their original configuration, while others were later rebuilt with more modern technology.

Fourteen have been preserved, with a few being operational. 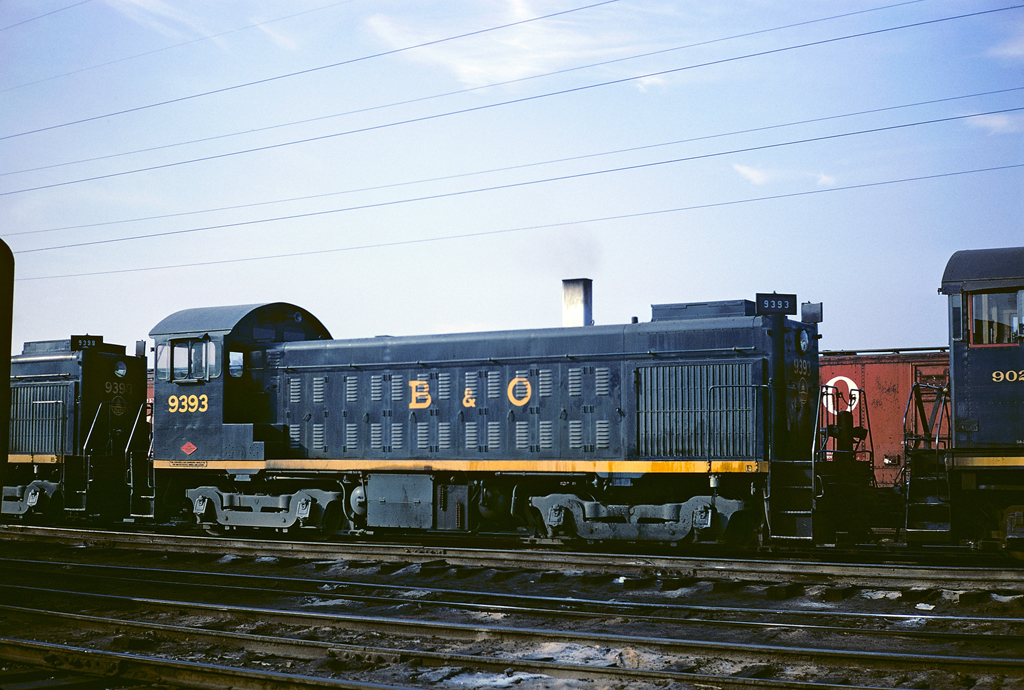 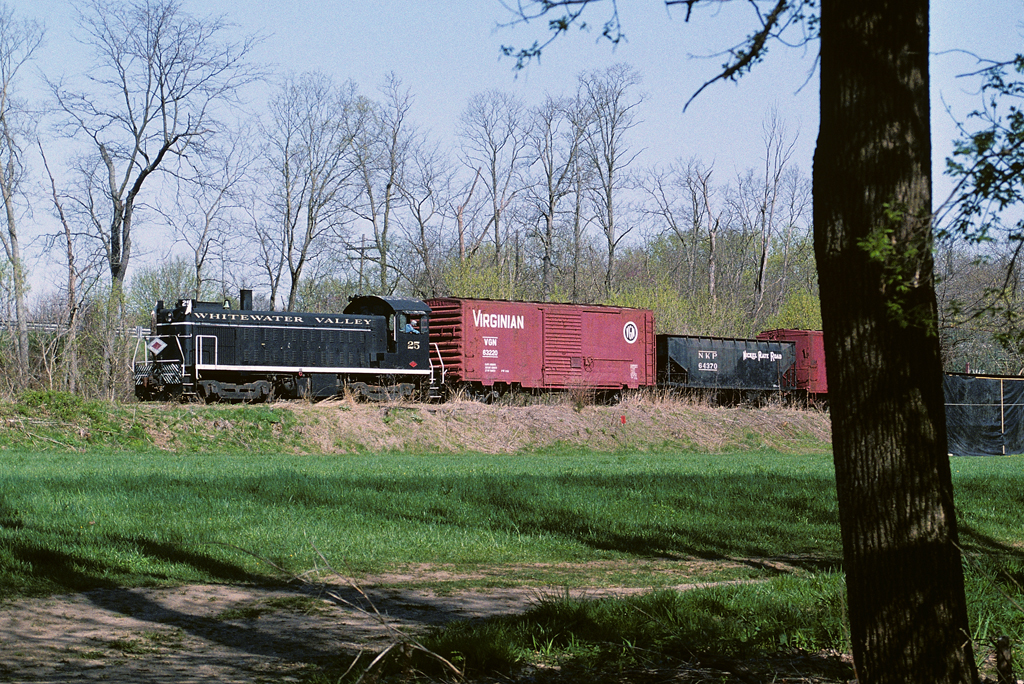 Lima LS-series switchers
Lima attempted to transition from an established steam locomotive builder to a successful diesel manufacturer, but it never enjoyed the success its owners hoped for. The company and successor Lima-Hamilton met with limited success in the diesel market, building only 174 switchers, road-switchers, and transfer units for a handful of railroads.

There are at least four Lima switchers in existence today.

• An LS1200 (1,200 hp) unit that last worked at an ARMCO Steel plant is preserved at the Illinois Railway Museum at Union, Ill. It is inoperable.

• Three more switchers are at the Whitewater Valley Railroad in Connersville, Ind., including another LS1200, a former Baltimore & Ohio 1,000-hp LS1000, and a former Cincinnati Union Terminal 750-hp LS750. Only the Cincinnati unit is operable. 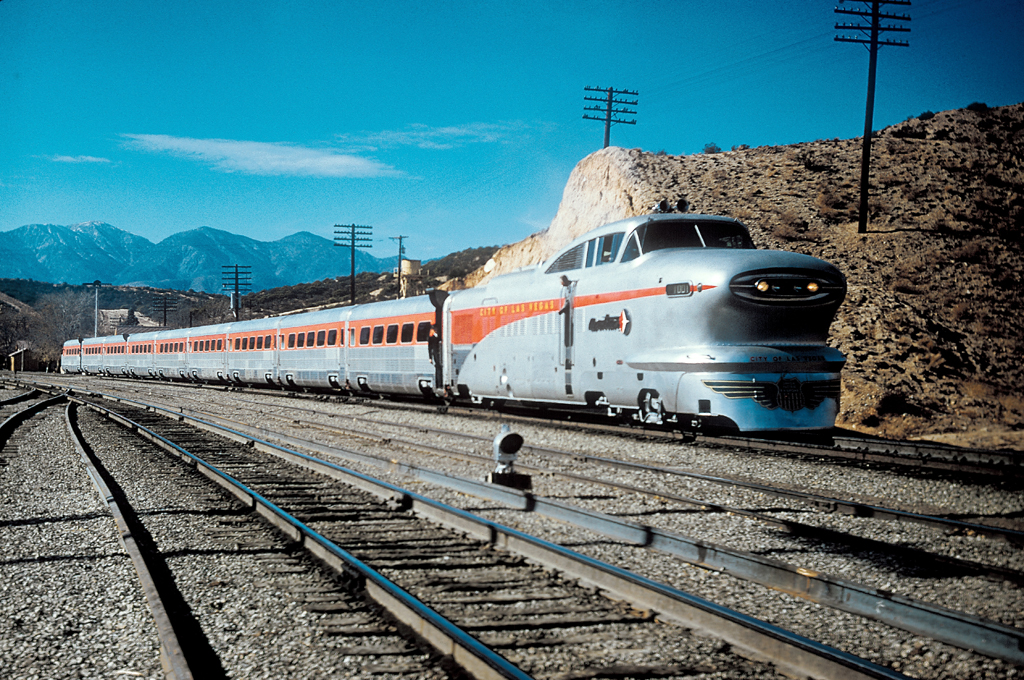 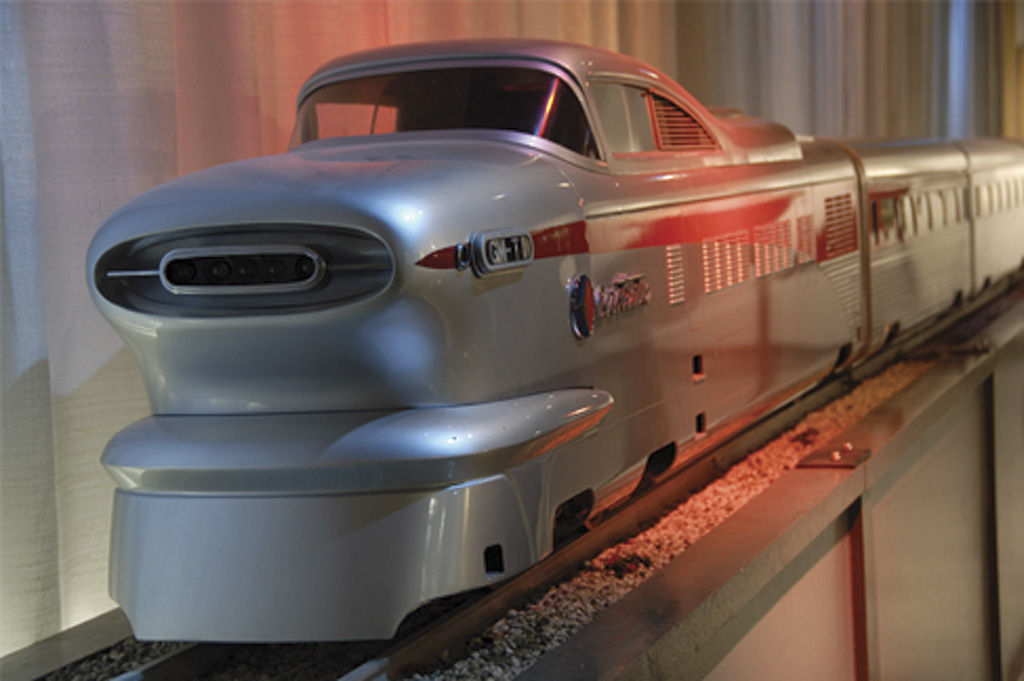 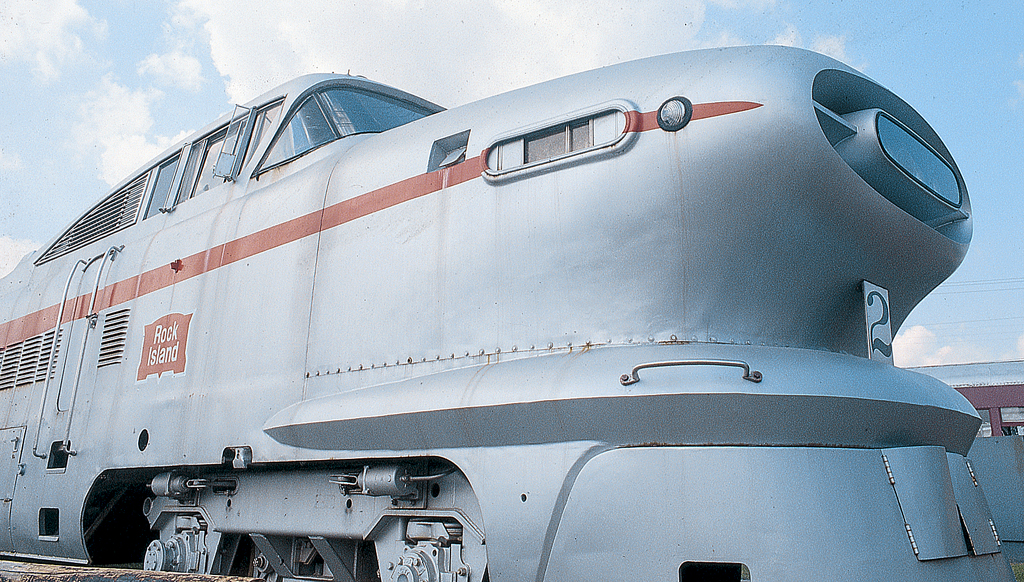 Electro-Motive LWT12
The EMD LWT12 was a locomotive design to power a late-1950s experiment in lightweight Talgo high speed passenger equipment known as the Aerotrain. The unusual look, created to match the aerodynamic shape of the low-slung passenger equipment, was complimented by an equally unusual wheel arrangement; B-1, meaning the front two-axle truck was powered and the rear was simply an unpowered single-axle.

Three were built, and after a cross-country demonstration tour, one train wound up with a short stint on the Rock Island, the other on the Union Pacific. Two of the three locomotives still exist, and they can be found at the National Railway Museum in Green Bay, Wis., and the National Museum of Transportation in St. Louis. 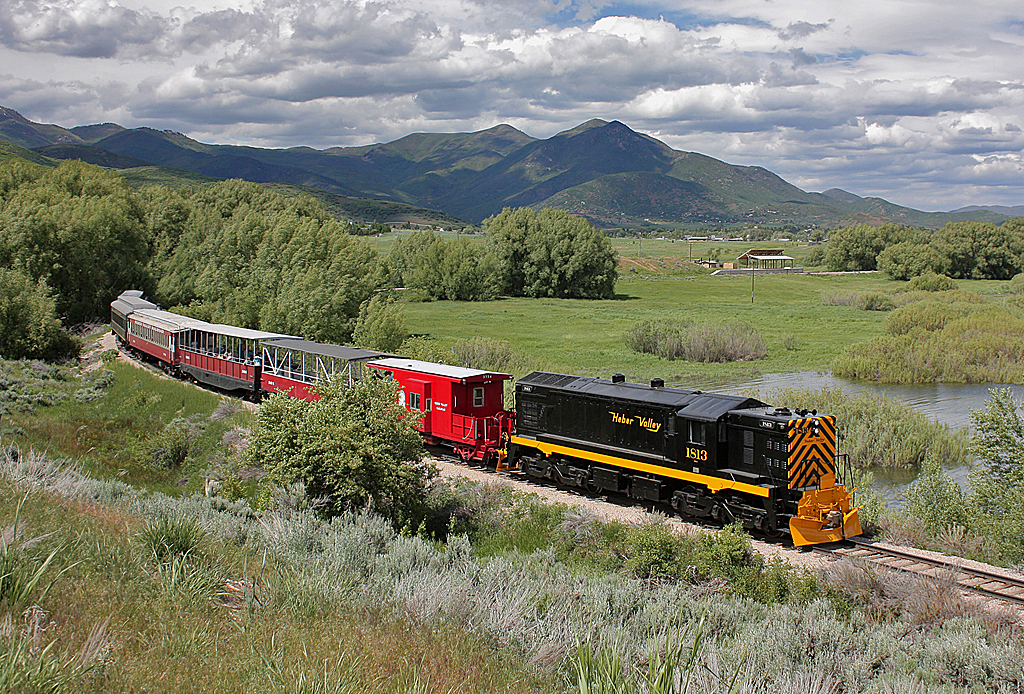 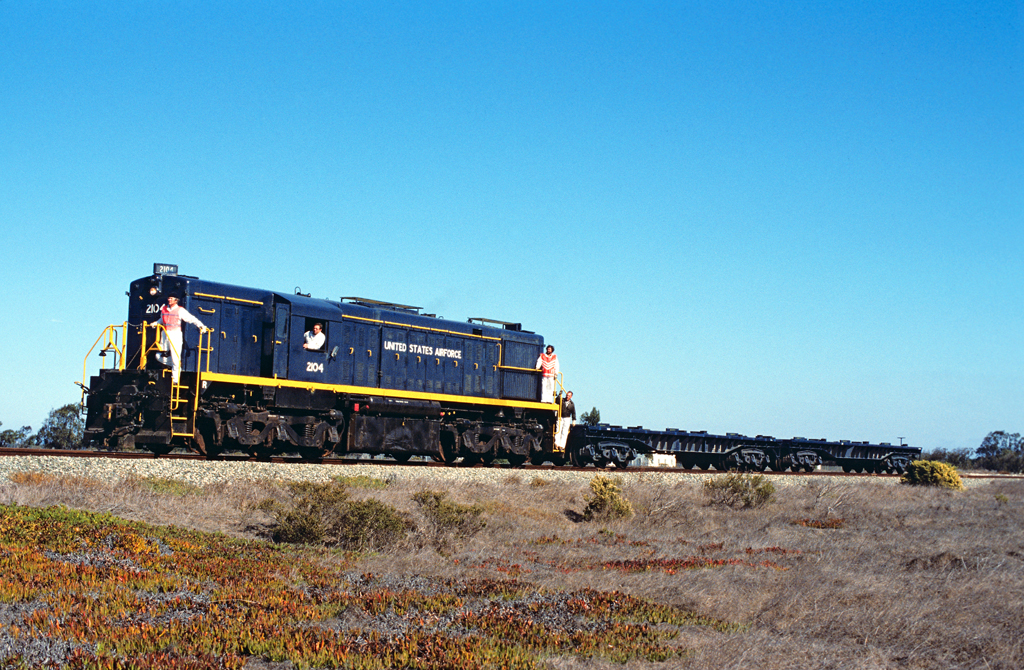 U.S. Air Force MRS-1 No. 204 pulls flatcars at Vandenberg Air Force Base near Santa Maria, Calif., in 1984. The unit is preserved at the Pacific Southwest Railway Museum in Campo, Calif.
David Lustig

Alco and EMD MRS-1 road-switcher
After World War II, the U.S. military needed a powerful diesel locomotive design capable of being used overseas in the case of war. Of the many models, two, both known today as the six-axle MRS-1, emerged. Alco built 86 and EMD constructed 13.

Both designs, built in the early 1950s, produced 1,600 hp and could be equipped with steam generators. They rode atop multi-gauge trucks so they could be set up in the field for standard or broad gauge routes. A primary spotting feature is that the EMDs have a V-shaped top to their long hoods. The units were phased out of military by the 1970s, and began finding their way as power on military bases and the Alaska Railroad. Some have since been purchased by short lines.

Pick up a copy of Historic Trains Today to find out where to see the some other strange diesels. Here’s a preview of this special issue of Trains!