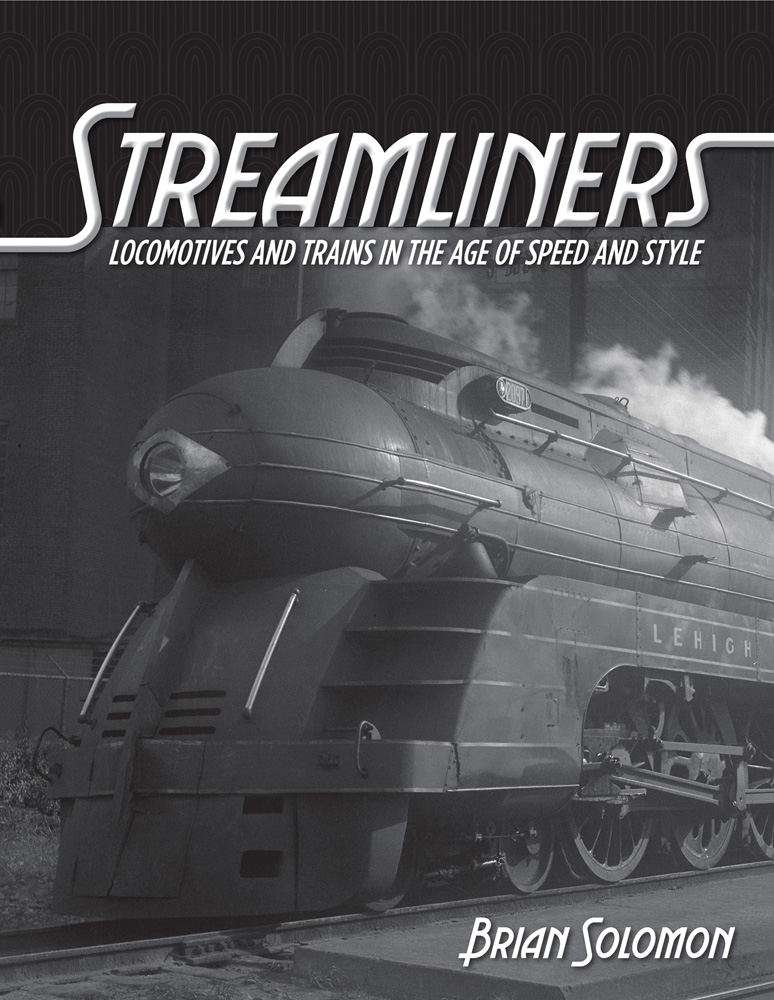 Railroading in the U.S. saw rapid change between the 1930s and 1950s. That is likely most visible in the explosion of streamlined trains that debuted during the period. The railroads went from brutish angles and shades of black to softer streamlined shapes of all colors. The change exemplified larger trends in the U.S. at the time, and most railroads were glad to be a part of it.

The book is divided into six chapters covering the various eras of railroad streamliners, from early exploration to postwar decline and preservation efforts today. A number of significant individuals are called out in their own sidebars, such as Raymond Loewy and Brooks Stevens. The volume is also indexed, making it easy to find particular individuals or companies of interest.

Steam and diesel streamlining endeavors are both covered. Art work includes both color and black-and-white images, as well as technical drawings and promotional materials of the era. The focus is primarily on the trains’ exteriors, however limited coverage of interior appointments is also included.

Streamliners: Locomotives and Trains in the Age of Speed and Style is a fine reference volume for passenger train fans. It gives a complete and competent industry overview in a colorful and approachable manner with coverage from coast to coast. Further, it dives below the paint on the surface to explain the concepts, people, and companies most closely involved in the movement.