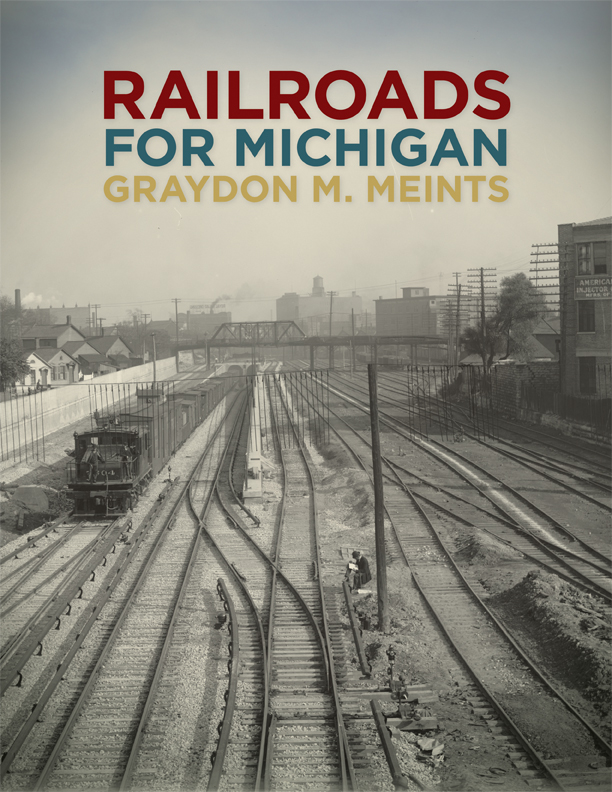 Michigan’s railroad history is well served by “Railroads for Michigan,” a sprawling new survey by historian Graydon M. Meints. From the launch of the state’s pioneering Erie & Kalamazoo of 1836 to Amtrak’s latest effort to expand 110 mph operation for its Chicago-Detroit trains, Meints considers just about every aspect of Michigan’s unique experience with railroads.

There’s a lot of ground to cover. The politically charged expansion of long-haul steam railroads from east to west; numerous water obstacles in Michigan that necessitated carferries and tunnels; the web of railroads in the north woods to extract timber and other resources; the state’s brief love affair with electric traction; the unique history of the Upper Peninsula, where railroads were tied closely to copper and iron mining.

Meints traces the bitter 19th century rivalry of the mighty Michigan Central and Lake Shore & Michigan Southern, both of which ended up in New York Central. He explains the rags-to-riches story of the state’s signature railroad, the Pere Marquette, and the growth of Canadian-owned Grand Trunk Western. He shows how three major carriers—Michigan Central, Pere Marquette, and the Pennsylvania—tapped the northern tourist trade. In a contemporary vein, Meints tells how state money helped Michigan nurture small railroads in the 1970s, providing a template for the shortline revolution. With the recent and nearly complete acquisition of the old Michigan Central main line, the state and Amtrak are poised to create perhaps the best passenger corridor outside the Northeast.

The MSU Press has provided Meints with excellent production, matching quality paper and an elegant design with a rich cross-section of illustration that includes historical etchings, photographs, timetables, and early advertisements.