Beginning Dec. 11, train to make one weekly round trip on portion of 'Canadian' route 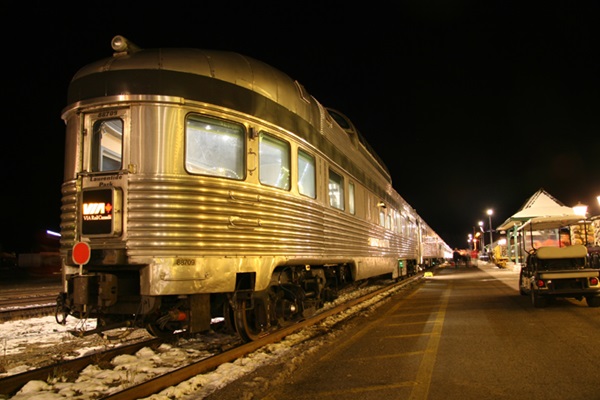 MONTREAL — VIA Rail Canada will resume service on the Vancouver-Winnipeg portion of the route of its flagship train, the Canadian, as of Dec. 11.

In a Tuesday press release announcing the service, the passenger operator said it would offer one round trip per week between those cities, while observing health and safety measures including social distancing, enhanced air circulation, and improved passenger access and employee protection.

“We are offering our customers in Western Canada an additional choice in regions where intercity transportation is more limited as a result of this pandemic,” Cynthia Garneau, VIA president and CEO, said in the announcement, which also said VIA remains commited to restoring full Vancouver-Toronto service “as quickly as possible.”

The Canadian and VIA’s overnight train in eastern Canada, the Ocean, were both suspended as of March 31; those suspensions were at one time to have ended Nov. 1, but were subsequently extended indefinitely [see “VIA indefinitely postpones restart of Ocean, Canadian,” Trains News Wire, Sept. 28, 2020].

Service will resume with a Dec. 11 departure from Vancouver. Trains will depart Vancouver on Fridays and Winnipeg on Mondays, and will operate on the previous schedule for the Canadian. Sleeper Plus and Economy class service will be offered, with a reservation system allowing use of and controlling access to the dining car. The Park class dome-lounge-observation will not be available to passengers, however.