New Yorker had served as senior advisor since 2021 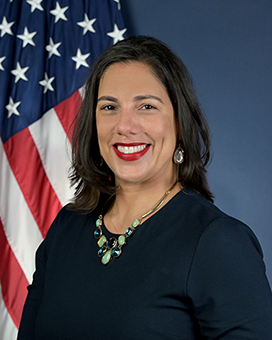 WASHINGTON — Veronica Vanterpool has been appointed as deputy administrator of the Federal Transit Administration, the agency announced May 11.

Vanterpool has served as senior advisor in the FTA Office of the Administrator since August 2021, coordinating and directing the agency’s work on climate change, equity, innovation, safety, and workforce development. Previously, she was chief innovation offer at Delaware Transit Corp., and served on the board of the New York Metropolitan Transportation Authority, where she served on five committees from 2016 to 2019. She is a New York native.

“Throughout her career, Veronica has been a stalwart advocate for public transportation and the riders who most depend on buses and rail for their economic livelihoods,” FTA Administrator Nuria Fernandez said in a press release. “As Deputy Administrator I know she will continue to pursue new initiatives and advance existing priorities at the FTA during this era of unprecedented funding made possible by the Bipartisan Infrastructure Law.”