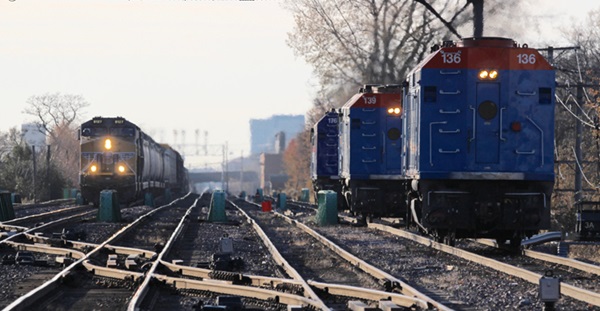 Union Pacific claims it will suffer “millions of dollars in losses and incur millions in additional risk” if forced to continue to operate commuter rail service for Metra, according to the previously sealed lawsuit it filed against the commuter rail agency last December.

The lawsuit filed with the U.S. District Court for the Northern District of Illinois Eastern Division was included with the railroad’s response to Metra’s request for the Surface Transportation Board to intervene in the dispute between the two parties. [see “Metra asks STB for injunction against Union Pacific …,” Trains News Wire, July 21, 2020, and “STB filings deail Metra, UP disagreement,” Trains News Wire, July 22, 2020]. Union Pacific is asking the STB to delay consideration of the case at least until U.S. Judge Jorge L. Alonso rules on Metra’s pending motion to dismiss the UP’s lawsuit.

The railroad also says in its STB filing that Metra “seeks to short-circuit its own motion to dismiss” by going to the STB, and that “Metra’s dilatory and forum shopping tactics are unfair to the Union Pacific and an affront to the District Court’s jurisdiction.” UP also says the injunction Metra seeks is available from the court, and that the STB has no jurisdiction to require action under the terms of the purchase of service agreement that covers Metra operations on the freight railroad.

As is true in Metra’s filing with the STB, Union Pacific’s lawsuit centers on whether the railroad has a common-carrier obligation to operate the commuter service even in the absence of an agreement between the two sides. The railroad contends it does not, and in the court filing, supports that position by citing the Rail Passenger Service Act of 1970, which eliminated the obligation to provide intercity passenger service, and the ICC Termination Act, a 1995 law which eliminated the Interstate Commerce Commission and replaced it with the Surface Transportation Board.

In rebutting Metra’s request for dismissal of the lawsuit, UP also contends the matter is a matter of interpreting law, and therefore a matter for the court, rather than a technical or policy matter under the jurisdiction of the STB. (Metra’s motion to dismiss contends the STB is the proper place to settle the matter.)

Union Pacific seeks to end the decades-long practice of operating trains for Metra, and wants an agreement transferring those operations — as well as about 850 Union Pacific employees who are involved with them — to Metra. Both sides say they are far apart in reaching an agreement, leading to Union Pacific’s declaration in a June 30 letter that it would stop providing some support services for Metra operations later this year and that it would seek to end operation of Metra’s trains within 90 days of a ruling on the court case.