With 4-4 vote, lower-court ruling stands that stopped locomotive is not ‘in use’ 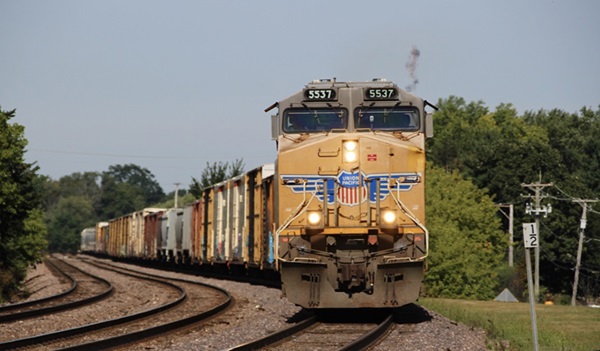 WASHINGTON — The U.S. Supreme Court split 4-4 on a case involving an injury suffered by a Union Pacific employee in a decision announced Thursday, meaning a lower court ruling stands that absolves the railroad in the case.

The case involved UP engineer Bradley LeDure, who was injured when slipping on oil on the walkway of a locomotive stopped at a yard in Illinois. He argued that the railroad was liable under the Locomotive Inspection Act, which requires regular inspection of locomotives “in use.” The railroad argued that stationary locomotives are not in use [see “Supreme Court set to hear arguments …,” Trains News Wire, March 28, 2022]. The 7th U.S. Circuit Court of Appeals had found for Union Pacific, leading LeDure to appeal to the Supreme Court.

Reuters reports UP lawyer Scott Ballenger said in a statement, “We are very pleased that the Supreme Court left in place the Seventh Circuit’s sensible rule that preparing a locomotive for use is not the same as using it.” The Department of Justice had filed a brief in support of LeDure, while groups including the U.S. Chamber of Commerce filed briefs supporting the railroad

The Supreme Court’s single-sentence decision — “The judgment is affirmed by an equally divided court” — offers no details on how justices voted, other than noting that Justice Amy Coney Barrett did not take part. She was involved when the case was decided by the 7th Circuit.