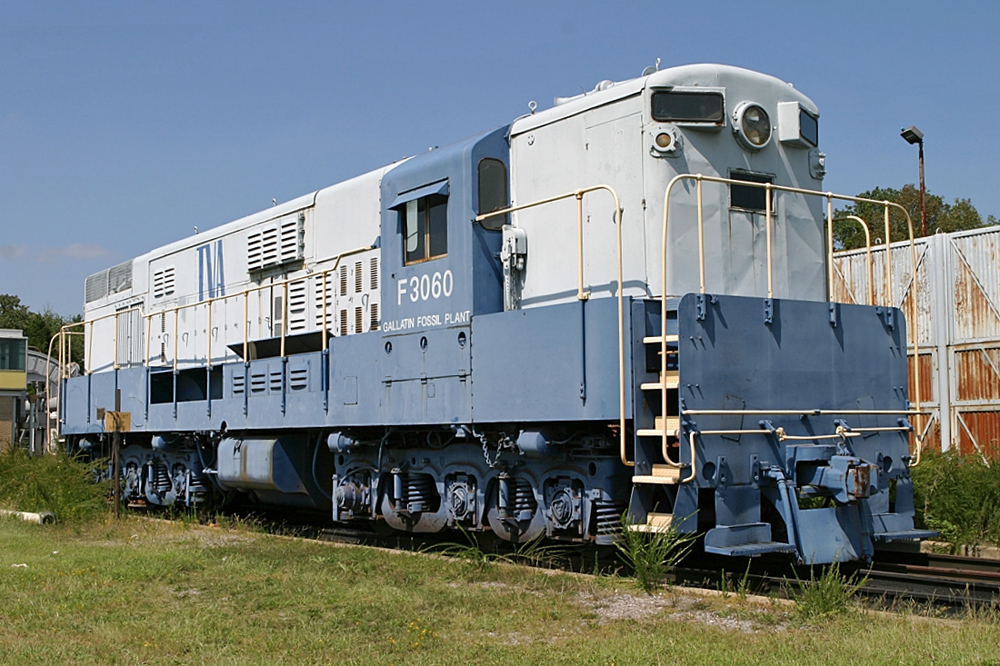 The H16-66 “Baby Trainmaster”, built in 1958, is one of the few surviving Fairbanks-Morse locomotives, and one of less than 1,500 produced by Fairbanks-Morse before the company exited the locomotive business in 1963.  It spent its entire working life at the TVA’s Gallatin power plant near Gallatin, Tenn., until its retirement in 1997.

With the plant isolated from rail service, the locomotive languished at the plant until the TVA approached the museum about possible donation and preservation. Extensive planning has taken place to allow the locomotive to be moved by truck to Chattanooga.

“TVRM is honored that TVA would place this locomotive in our collection for future display and possible operation” museum resident Tim Andrews said in a press release.  “TVRM’s mission is to educate the public on the role of railroads in developing the Tennessee Valley region and what better example than this locomotive to showcase the intertwined efforts of the railroads and the supply of electricity by TVA in powering our economy.”

Plans are for the locomotive to be moved in time to be displayed for the start of the museum’s year-long 60th anniversary celebration beginning Oct. 14, 2021. The museum is seeking sponsorships to help defray the moving costs; more information is available at the museum website or at 60years@tvrail.com