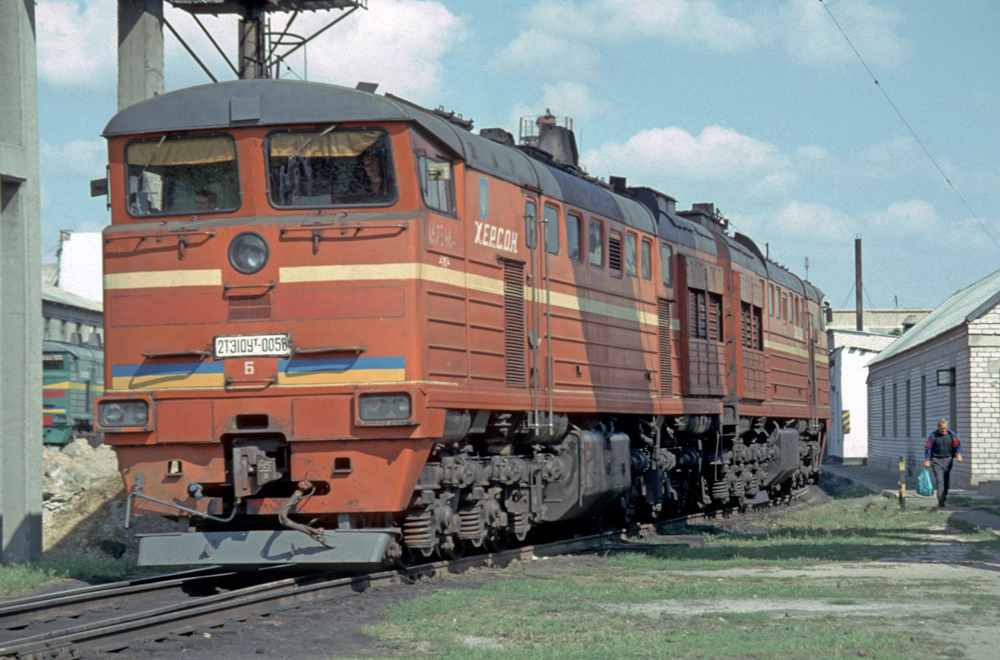 Rail and road bridges have been key targets as Ukrainian military forces began a counterattack in the south of the country to liberate the city of Kherson and its surrounding area from Russian occupation, according to announcements from the Ukrainian government.

The city was occupied in early March. The counter-attack, officially announced in late August, was preceded by a series of precision attacks on bridges that span the Dnipro River and link the city and region to the rest of the country. By late August, the Ukrainian government claimed all bridges were out of action unable to take heavy vehicles or impassable to trains.

The bridges are just one illustration of how railroads remain a focal point of the Ukraine-Russia war. Others include the high death toll at railroad locations and among Ukrainian rail workers, and Ukraine’s focus on new bridges connecting Crimea directly to Russia.

Before the Russian invasion in February, there were just two rail lines connecting Crimea, which Russia annexed in 2014, to Ukraine. Both had been closed in recent years, but were reopened by the Russian military after it occupied cities in southern Ukraine to supply its forces from Crimea.

By June the Russian military told the media it had opened rail links directly from Russia to southern Ukraine, crossing territory it had seized. While multiple rail lines and bridges have been destroyed in the fighting in Ukraine’s east Donbas region, the dense railway network there, with multiple alternate routes, means the impact of one line being closed is limited, as traffic can be diverted to another route. In the south of the country, the situation is different: There are just two lines, one a single-track route, the other an electrified double-track line.

Ukrainian forces have attacked the rail network in occupied areas using precision guided artillery, especially the High Mobility Artillery Rocket Systems (HIMARS) system provided by the U.S. government. This has resulted in significant disruption to Russian military logistics. In some cases, Ukrainian partisans or special forces have blown up rail lines and bridges. Such attacks were first reported several months ago and they appear to have continued; in mid-August a railway bridge carrying the two track electrified line from eastern Ukraine to Crimea was reportedly attacked by partisans near the city of Melitopol.

On July 29, a 40-car freight train carrying ammunition was attacked using the HIMARS system at Brylivka station on the line from Crimea to Kherson, causing track damage that took several days to repair. Further north up the same line, the approximately 1,000-yard-long Antonivsʹkyy Zaliznychnyy Mist railway bridge a few miles east of Kherson has been attacked several times since late July, with its approach viaduct on the eastern side badly damaged. This bridge carries the line from Crimea to Kherson and dates from 1954; it was built alongside the remains of one built in 1943, during German occupation in World War II, that was used for only six weeks before being blown up!

The only other rail line over the Dnipro in the south of Ukraine — a secondary route connecting Kherson with Melitopol via the dam at the Kakhovka Hydroelectric Power Plant — has also been targeted. Damage reportedly prevents train movements, although the dam itself is still intact. Both road bridges over the Dnipro in the Kherson area have also been repeatedly targeted.

Russia probably has the largest railway construction and operation capability of any army in the world, with 10 dedicated railway brigades, and railway troops have previously assisted Russian Railways with civilian rail construction, projects especially in remote areas. This capability and expertise may assist the Russians in restoring rail service where the tracks are damaged. If damage to bridges is significant, this may take weeks or months, especially if they remain in range of continuing attacks from Ukrainian forces.

On Ukraine’s Independence Day, Aug. 24, a Russian missile attack on a train at Chapline station, east of the city of Zaporizhzhia killed 25 people, some of whom lived nearby, and injured twice as many. Russian media confirmed the attack, even stating it was conducted using a Russian Iskander missile, but claimed the missile hit a troop train, killing hundreds of soldiers. Pictures from the scene showed multiple burned-out passenger cars.

Since the invasion began in February, several hundred Ukrainian railway workers have been killed at work on trains or in stations and maintenance shops, as these have been targeted by Russian forces. The precise number isn’t clear, although it now numbers at least 300 people.

Crimean bridges are targets for Ukraine

Following the annexation of Crimea in 2014, the Russian government decided to build new fixed links from the Russian mainland to Crimea over the Kerch Straits to the otherwise isolated Crimean peninsula. The Ukrainian government has made it clear the bridges, 160 to 220 miles from the current Ukrainian front lines, are in their sights and that “they must be dismantled … voluntarily or otherwise.”

The two major bridges, at around 11 miles the longest in Europe, were built side by side at a cost of around $3 billion. One is for road traffic; the other is a double-track providing the first fixed link between the Russian rail network and Crimea. Previously, the only other rail routes both went via Ukraine, although there was a rail ferry before the bridges were built. The road bridge opened in May 2018, with Russian President Vladimir Putin personally driving the first truck to cross. The parallel rail bridge opened in December 2019, but due to international sanctions following the annexation of Crimea, Russia’s main state rail company RZD didn’t operate services on the bridge or in Crimea. A new Russian-owned Crimean rail company was set up to do this. Within Russia, new lines were built to reduce the distance and journey times from Moscow to Crimea.

On Aug. 19, Russian air defenses around the bridges fired multiple missiles and reportedly destroyed a drone; the Ukrainian government didn’t confirm or deny it was one of theirs.