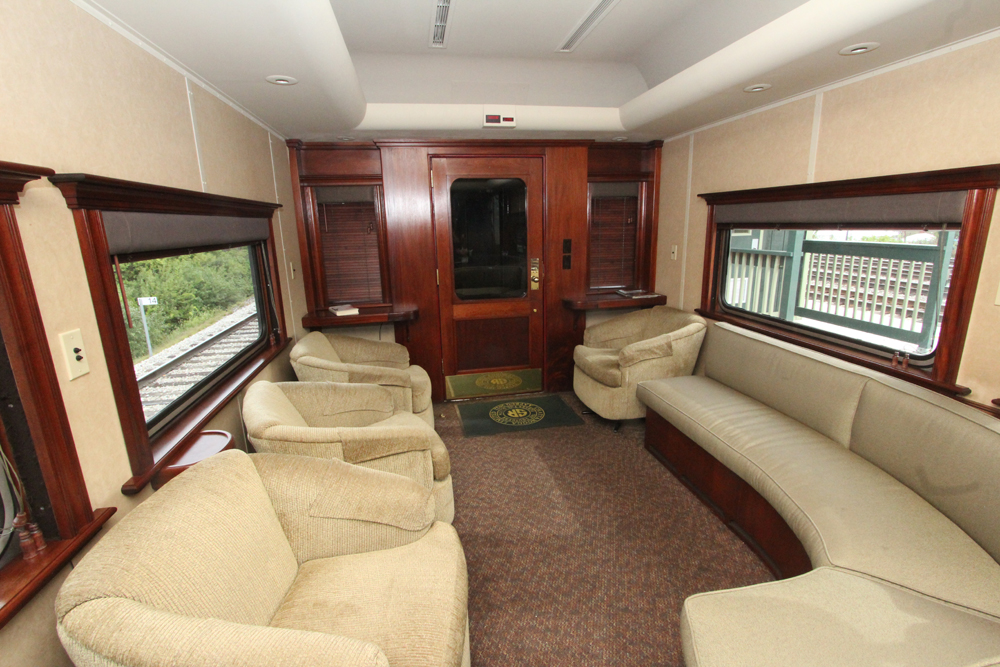 CHICAGO — A heavyweight business car and two lightweight sleepers will return to their birthplace as part of this weekend’s grand opening of the Pullman National Monument Visitor Center on Chicago’s South Side.

The cars, built by Pullman or Pullman-Standard between 1928 and 1955, will be available for tours Saturday and Sunday at Metra’s 111th Street station, on the other side of Cottage Grove Avenue from the factory where they were constructed.

Having Pullman-built cars present was envisioned more than a year ago by former Federal Railroad Administration Administrator Joe Szabo, who once worked as an Illinois Central conductor. He is now president of Historic Pullman Foundation, the fundraising group for the Monument, which celebrates its opening over the holiday weekend [see “Preview: Pullman National Monument Visitor Center opens,” Trains News Wire, Sept. 1, 2021].

But actually making it happen involved coordination by the American Association of Private Railroad Car Owners, Amtrak, Metra, and owners willing to volunteer their cars.

“We had four or five owners who wanted to be here but couldn’t — three had charters and others had operational issues,” says AAPRCO Executive Director Julie King, speaking at a Friday media event.

The cars were staged at Amtrak’s 18th Street Coach Yard, then brought to Metra’s 127th Street facility before being displayed at a local platform track. During their display at Pullman, Metra trains traveling in either direction will use the remaining open track for station stops.

John Pearson, owner of heavyweight business car NYC No. 3, paid Amtrak $6,200 out of his own pocket for a round trip from Albany-Rensselaer, N.Y. on the rear of the Lake Shore Limited. He will be hosting tours all weekend.

His car is fully Amtrak-compliant for speeds up to 110 mph and has been thoroughly modernized inside, but its function and exterior appearance haven’t changed since it was built by Pullman in 1928.

That can’t be said for the two lightweight cars.

Perhaps the biggest transformation occurred on the Promontory Point, built in 1953 for the Chicago & Eastern Illinois, to be used on through trains passed off to the Louisville & Nashville for Atlanta, New Orleans, and Florida. Originally named Loblolly Pine, the car was originally configured with six sections, six roomettes, and four bedrooms, in dark blue livery with thin yellow stripes.

There is no trace of that ancestry today. I has been completely remodeled with a kitchen, wood paneled dining room with a chandelier, several master bedrooms, and a lounge opening to an observation platform. It sports the colors of Union Pacific, where it spent nearly a decade as the Little Rock, at the disposal of a division superintendent.

Northern Dreams was built for Northern Pacific in 1955 with bedrooms and a buffet lounge, then was converted to an all-bedroom car. It is now back to a similar floor plan to the original, but with a kitchen and a larger, more luxurious lounge section.

The cars will be available for tours from 10 a.m. to 4 p.m. Saturday and Sunday; more information on the tours is available at the Historic Pullman Foundation website. If all goes well, according to AAPRCO’s King, “We’d like to see this as an annual event!”