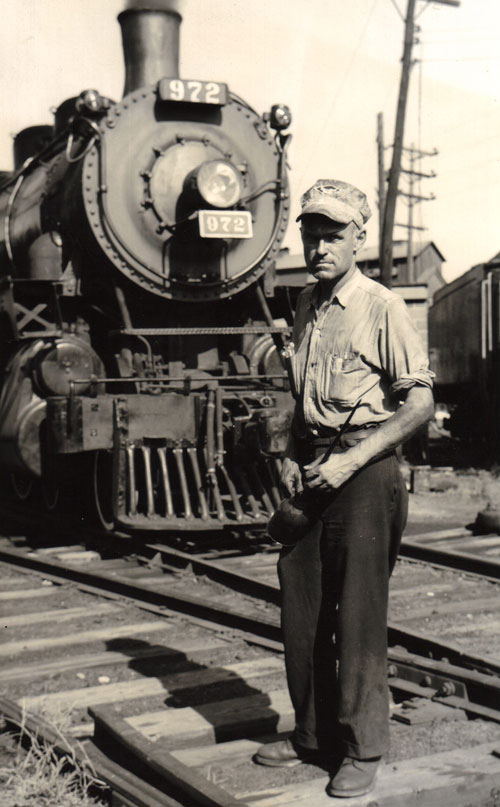 George M. Hart
Railroad Museum of Pennsylvania
LEHIGHTON, Pa. – Legendary Pennsylvania railroad preservationist George Hart, who died Thursday in Lehighton at age 89, will remembered for his work with Reading’s steam fantrips, as the first director of the Railroad Museum of Pennsylvania, and as the indefatigable operator of Rail Tours Inc. excursions. He was one of the few people in railway preservation to have an involvement lasting more than 60 years.

But those accomplishments were not all that should be celebrated when remembering Hart. His collection of 3,000 negatives, taken between 1931 and 1968, document eastern railroading and are now safe with the railroad museum and the Pennsylvania State Archives. As a member of the Railway & Locomotive Historical Society, he was involved in publishing railroad history, as well as restoring rolling stock, notably Delaware, Lackawanna & Western 4-4-0 Camelback No. 952, for exhibition at the 1939 New York World’s Fair.

Starting in 1941, Hart served as assistant business manager and treasurer at George School, a private Quaker boarding school in Newtown, Bucks County, Pa. During his 23-year tenure there, he also briefly taught history. From 1959 until 1964 he advised the Reading Co. in the planning of the famed Iron Horse Rambles steam excursions. For many of the trips, he helped select routes, prepare the passenger itineraries, and wrote the whistle, bell, and smoke scripts for the engine crews. A special clause in his school contract excused him from employment on dates of the Rambles.

Not content to help with others’ trips, Hart purchased his own equipment starting in 1964. Among the engines he owned were Canadian Pacific 4-6-2s 1238 and 1286; 4-6-0s 972 and 1098; and Reading 0-6-0T No. 1251. All survive today. About a dozen former Reading steel suburban coaches were all saved from the scrapper’s torch thanks to Hart’s tireless efforts. He ran trips on the Western Maryland, Maryland & Pennsylvania, Central Railroad of New Jersey, Lehigh & Hudson River, Reading, and Conrail in the 1960s through the 1980s.

Hart was the first director of the first state-operated railroad museum in the United States, the Railroad Museum of Pennsylvania in Strasburg. Under his tenure, he advised the Pennsylvania Historical & Museum Commission on site selection, assembled the core collection of historic steam locomotives and rolling stock for exhibition, and pulled together a massive archive of rare books, photographs, ephemera, and artifacts to help preserve the state’s railroading heritage. That collection included much of the Pennsylvania Railroad’s famed corporate library, which the museum acquired on Hart’s behalf at the Penn Central auction in 1972. He was also instrumental in saving the Walter Lucas, Thomas Taber, and Munson Paddock collections, consisting of some of the best railroad photographic collections ever assembled in this country. Thanks to Hart’s efforts, the historic Pennsylvania Railroad Collection of locomotives and cars was kept together and intact despite threats from the Penn Central that almost broke it up out of financial necessity.

Hart continued to operate weekend excursions out of Jim Thorpe, Pa., over the CNJ’s former Hometown branch until 2004.

Two viewings will be held: the first Sunday from 7 until 9 p.m., the other Monday starting at 11 a.m. The Monday viewing will include a service. Both will be held at the Edward F. Melber funeral home at 524 Centre St. in Jim Thorpe. – Kurt Bell and Jim Wrinn