Recommendation comes in report on fatal 2018 accident on Northeast Corridor 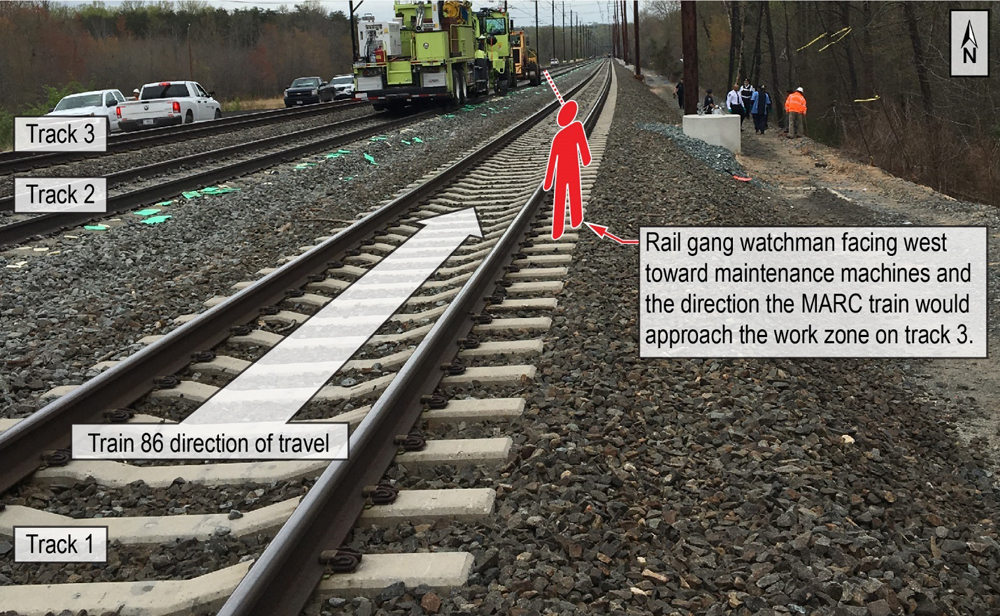 WASHINGTON — The National Transportation Safety Board is renewing a call for Amtrak and the Federal Railroad Administration to end the practice of using watchmen to notify track worker of approaching trains in areas where positive train control offers additional safety features.

The recommendation comes in a report issued Thursday on the NTSB’s investigation of an April 24, 2018, accident in which an Amtrak watchman was killed in Bowie, Md., when he was struck from behind by a northbound Amtrak train while focused on the movement of a southbound MARC commuter train.

“More action needs to be taken to protect train crews, maintenance-of-way employees, and mechanical workers from getting killed or injured,” NTSB board member Thomas Chapman said in a press release. “We have found from our investigations that many of these accidents are, tragically, preventable.”

The investigation concluded that the probable cause of the accident was “Amtrak’s insufficient site-specific safety work plan for the Bowie project that (1) did not consider the multiple main tracks in a high-noise environment and (2) did not provide the rail gang watchman with a safe place to stand,” leading to him standing on an active track. The decision to use watchmen for worker protection rather than protection from PTC, which can automatically slow trains through work zones.

As a result, the NTSB has called on the FRA to prohibit the use of watchmen (or “train approach warning”) in areas with PTC; on Amtrak to modify its site-specific work plans to account for all hazards, including those in multiple-track work zones; and for Amtrak and all Class I railroads to end the use of watchmen during maintenance and inspection activities. It also reiterated a previous recommendation to assess risks for track projects and use that assessment to issue “significant speed restrictions” around projects with safety risks for workers, equipment, and the public. That recommendation was initially issued in a 2017 report on a collision between an Amtrak train and maintenance equipment on April 3, 2016, that killed two workers and injured 40 passengers [see “NTSB report: ‘Culture of fear’ present at Amtrak …,” Trains News Wire, Nov. 14, 2017].

Amtrak, in a statement Thursday afternoon, said it was working to address the NTSB concerns. “We appreciate the NTSB’s thorough report and we have already taken several steps to ensure this type of incident won’t happen again. The safety of our employees and customers is Amtrak’s highest priority. We are reviewing the report and recommendations and will look to implement reasonable actions to meet the intent of the recommendations and ensure the ongoing safety of our employees.”