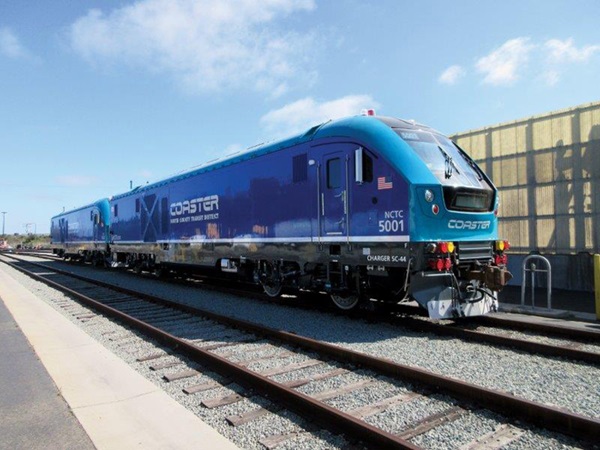 “In addition to increasing service frequencies, these new locomotives will provide a smoother and more reliable passenger experience, will significantly reduce diesel emissions and improve air quality, and reduce noise pollution for residents and riders,” Tony Kranz, district board chairman, said in a press release.

“We are grateful to NCTD for their continued confidence in Siemens’ technology,” said Michael Cahill, president of Siemens Mobility Rolling Stock in North America.

NCTD purchased the locomotives as part of a multi-state procurement that also included locomotives for regional Amtrak service in California and Illinois, lowering costs and aiding in future parts acquisition. The Tier-4 compliant locomotives will reduce emission by an estimated 90% over the current Coaster locomotives.