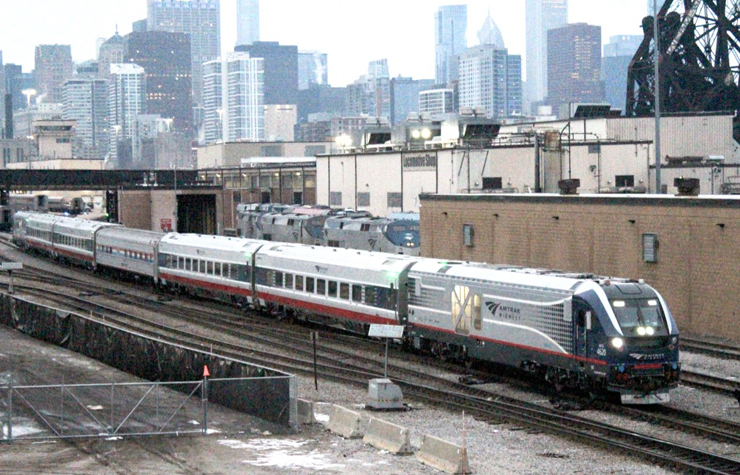 With Charger locomotives on each end, the first over-the-road test of Siemens Venture cars for Midwest service leaves Chicago Monday morning, Jan. 25. The test train, with four coaches separated by former heritage sleeping car Pacific Bend, housing test equipment and personnel, is operating east to Pontiac, Mich., on the schedule of Wolverine Service train no. 350, which has not been operating since last March. The purpose is to monitor interaction with crossing starts and the ITCS and I-ETMS positive train control systems at track speeds, which can reach 110 mph on the Porter, Ind., to Kalamazoo, Mich., portion of the route. It is set to return to Chicago on Tuesday morning following Wolverine no. 351 to Battle Creek and train no. 365, the Blue Water, from there to Chicago.