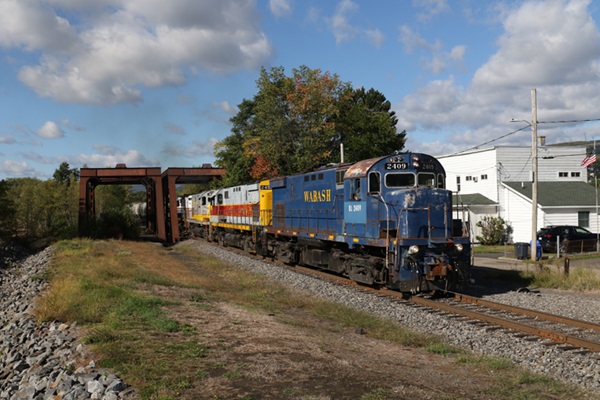 A Wabash Alco C424 in Pennsylvania in 2020? Delaware-Lackawanna Railroad No. 2409 was built by Alco in 1964, part of a cancelled order of seven units for the National Railways of Mexico.Wabash purchased the units soon before the road was leased by Norfolk & Western. It worked for N&W until the late 1970s, when it was sold to an industry in the Midwest. Long forgotten, and acquired recently by all-Alco/MLW short line Delaware-Lackawanna, the unit has been rebuilt and returned to service. Shop forces added “Wabash” lettering to the blue unit, which will remain until it is repainted in Delaware-Lackawanna’s “Corporate White” scheme. — Scott A. Hartley