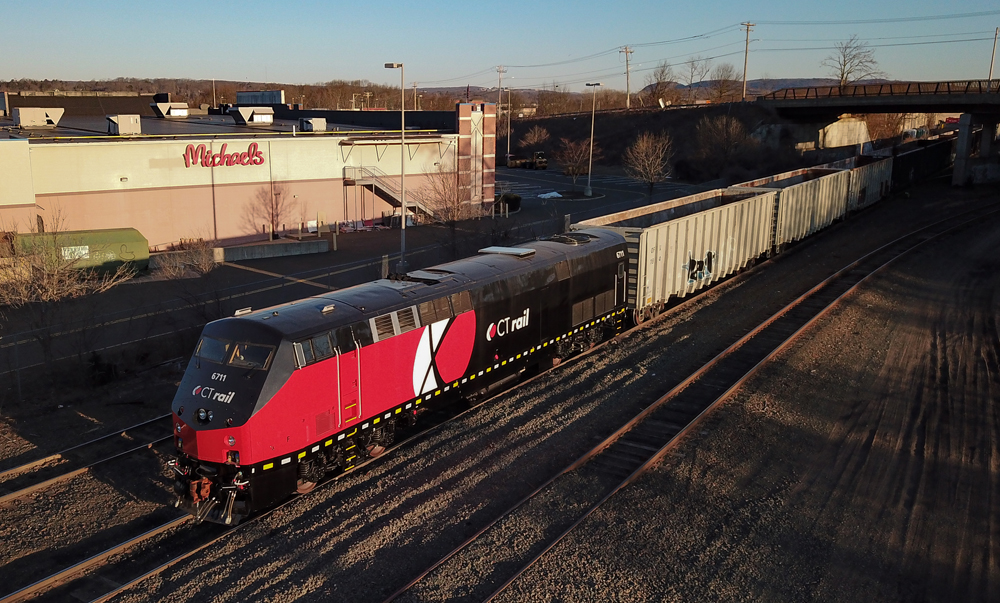 The first of 12 Connecticut Department of Transportation P40 locomotives to be rebuilt by Amtrak at Beech Grove, Ind., is CDOT No. 6711, seen at North Haven, Conn., on March 8, 2021. The unit was built as Amtrak no. 820 in 1993, and later worked for NJ Transit in Atlantic City service, carrying NJT no. 4803. CDOT subsequently purchased it and three others from NJT. CDOT’s other P40s came from Amtrak in 2005, and have operated in patched Amtrak paint since then. They will be used on the Hartford Line and Shore Line East commuter services.