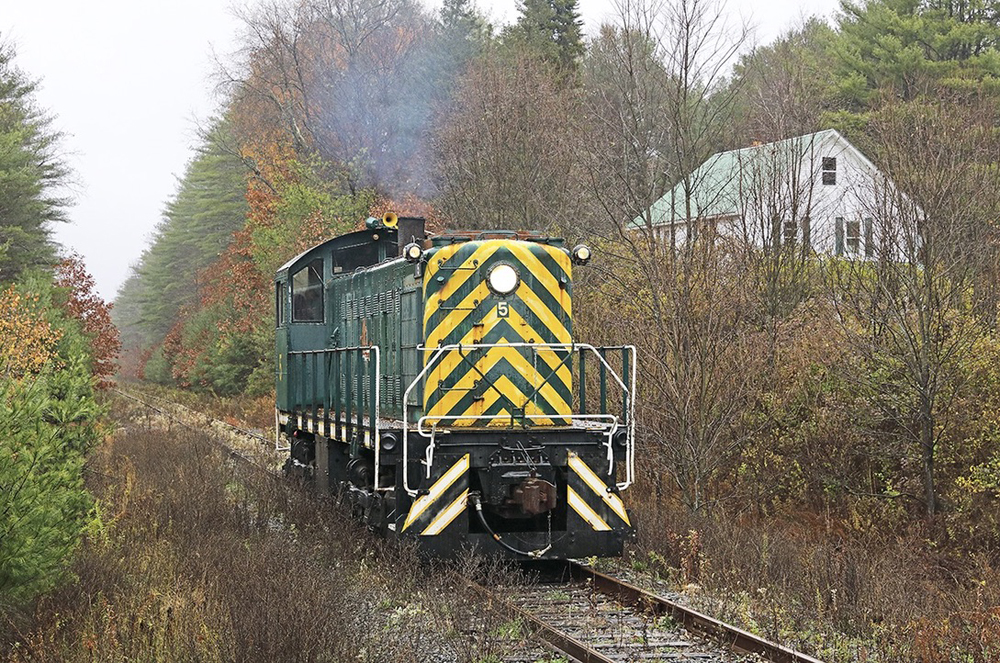 Trains will operate on more than 11 miles of the southern end of the former Delaware & Hudson Railway Adirondack Branch, between Corinth and Greenfield, N.Y., just north of Saratoga Springs, N.Y. The locomotive will feature Alco S1 No. 5, built in May 1947 as Alco’s Schenectady, N.Y., plant switcher, as its primary locomotive.

The Adirondack Branch dates to 1864-70, when it was built as the Adirondack Railroad between Saratoga and North Creek. It became part of the Delaware & Hudson in 1889, and was purchased by Warren County, N.Y., in 1996. It has previously seen tourist operations by the Upper Hudson River Railroad, between Corinth and North Creek from 1998 to 2010, and over the entire length of the branch by the Saratoga & North Creek from 2011 through 2018. The route has been dormant, except for occasional equipment moves, since the Saratoga & North Creek halted operations in 2018 in advance of the bankruptcy of parent Iowa Pacific.