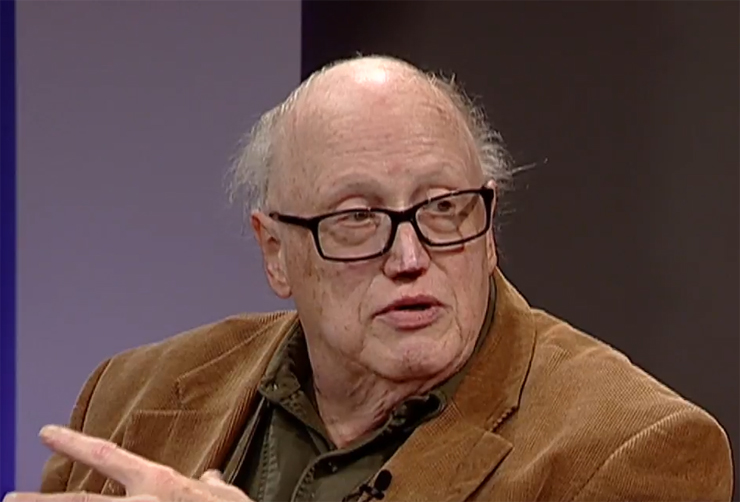 John Gohmann, owner of the Minnesota Commercial Railroad — a notable early success story in the shortline industry that developed in the wake of Staggers Act deregulation — has died of pancreatic cancer at his home in Libertyville, Ill. He was 73.

Gohmann began his railroad career as a yard clerk for the Chicago & North Western in his hometown of Cedar Rapids, Iowa, and spent time as a brakeman for the Milwaukee Road in both freight and passenger service on the Chicago-Omaha line. It was as general manager of Rock Island spinoff Iowa Northern that he met Ed Burkhardt, then Vice President Transportation for the C&NW, who would be a friend for the next 40-plus years.

A group of grain elevators had bought the Iowa Northern to ensure continued service, hiring Gohmann to run the operation. It was there, Burkhardt recalls, that Gohmann “learned one lesson of the short-line industry — you really don’t want to work for your customers. It seems the elevator operators were more focused on cheap prices for hauling grain while paying themselves big dividends, a difficult regimen for a startup following years of deferred maintenance at the hands of IANR’s predecessor.” C&NW was working to slim down its overbuilt network of llines in northern Iowa, and Burkhardt and Gohmann worked out some trackage-rights deal that allowed some lines with little or no traffic to be abandoned.

“John and I worked out several such deals, and I came to respect his straight-forward management style and focus on what’s truly important in this business, serving the customer, while keeping the wolf from the door,” Burkhardt says. “But I know he had an uneasy relationship with his grain merchandising owners. Then along came an opportunity for further collaboration, straightening out the Minnesota Transfer.”

A switching line serving more than 100 industries between Minneapolis and St. Paul, the railroad was owned by the line-haul railroads serving the Twin Cities, but had an arcane system dividing operating expenses among the owning roads, with no one responsible for the bottom line. Burkhardt, who represented C&NW on the Minnesota Transfer board, became the railroad’s president in 1986. He determined it was ripe for a spinoff under the provisions of the Staggers Act which did not require labor protection, and sought an operator. Among those who expressed interest, Burkhardt says, Gohmann’s response “put him immediately head and shoulders above any of the other expressions of interest we received. … We made a deal with John and the Minnesota Commercial was born.”
Burkhardt says the change in the railroad was “beyond remarkable.”

“John hired from existing MT employees, but only required about half of them,” Burkhardt says. “Service was improved dramatically, while costs plummeted. Rental payments paid to MT (which remained as John’s landlord) exceeded all projections, while switching charges assumed by the connecting Class I carriers dropped by half. John proved an inspired leader of his troops, and he always was committed to their welfare. They would walk through a wall for him. The customers couldn’t believe the change, and responded by increasing their shipping, a real benefit to the connecting Class I railroads.”

The railroad was rebuilt to modern standards, replaced its locomotives, took over additional trackage unwanted by the Class I lines, and has, through landlord Minnesota Transfer, generated consistent dividends to its owners.

Gohmann is survived by his wife, Becky; a daughter, Annie; and a grandson.

“John, in his unassuming way, became a giant of the new and untried shortline industry, being an inspiration to us all,” Burkhardt says. “… We will miss him dearly.”