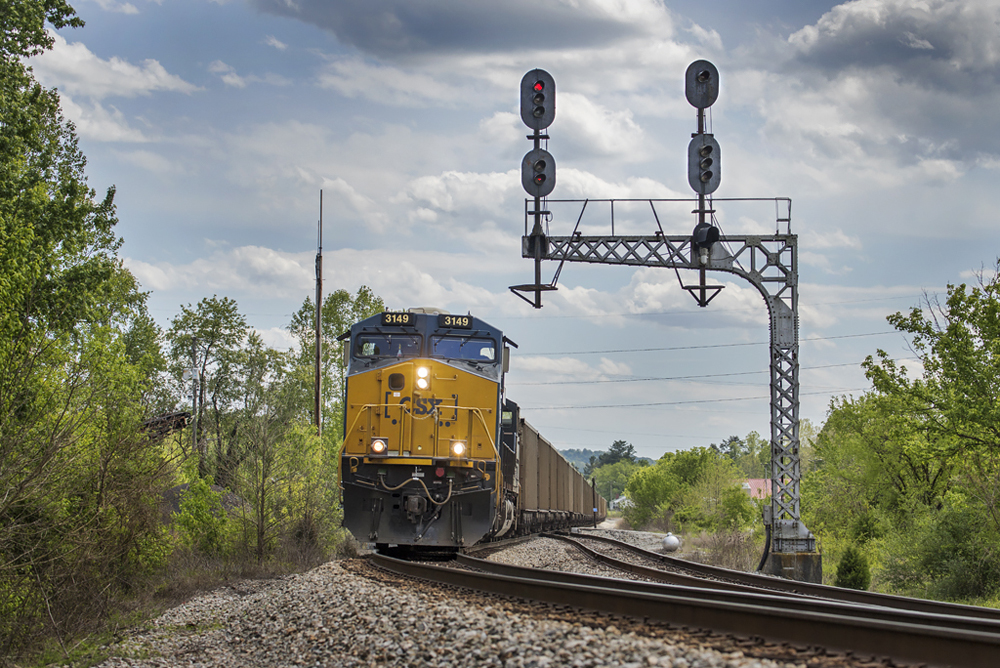 CHICAGO — Recent circumstances have shown that coal still plays an important part in worldwide energy, enticing coal producers to try and beef up production. But experts say the U.S. coal industry cut capacity during the COVID-19 pandemic, and that capacity isn’t likely to come back.

The U.S. stepped up as a swing supplier of coal when China turned down Australian coal because of Australia’s criticism of Beijing’s handling of the coronavirus. More U.S. coal was shipped to China in 2021 than had been the case for a number of years, lifting overall exports by more than 26% [see “Analysis: China’s ban on Australian coal …,” Trains News Wire, Nov. 24, 2021]. At the same time, natural gas prices skyrocketed, and utilities scrambled to replenish coal stockpiles at home and abroad. Coal mines and railroads struggled to keep pace, slowed down by waves of workers out sick with the virus.

Before the pandemic, cheap and abundant gas across the world caused coal prices to tumble, indicative of the number of coal-fired power plants that closed down or converted to gas permanently. Before the pandemic, U.S. coal production was steadily declining from over 1 billion tons in 2014 to 706 million tons in 2019. In 2020, when the world shut down, the U.S. mined only 535 million tons.

Competition with natural gas and utilities’ focus on renewable alternatives meant coal companies and railroads weren’t investing in a contracting market. As the world idled, coal producers permanently closed mines, focusing on their most cost-effective operations and shifting gears to metallurgical coal markets for the steel industry.

Railroads aligned their capacity according, reducing manpower at coal yards; shuttering lines; consolidating operating practices, like running fewer, longer trains;  and removing redundant sidings. Tthere wasn’t enough volume being mined to justify the resources railroads had deployed. After all, the U.S. produces 50% of the coal it did 10 years ago.

Coal’s resiliency has been driven by its ability to ebb and flow with the market, and coal companies and railroads are accustomed to this. There’s enough balance in a mine’s business plan to compensate for minor fluctuations over time.

But no one can predict world events, particularly those of the past two years with a worldwide pandemic, the highest inflation in 40 years, and a war in Ukraine. Coal capacity is not what it used to be and is unable to respond like it once could. This has tightened supply and driven coal prices to unprecedented highs. Coal spot market prices continue flirting with $400 per ton at this writing.

What does this mean for the future? Where financially responsible, some new capacity may be extracted from existing mines as coal companies hire workers and supply chains improve. Coal producers are probably optimistic headed into 2023 with full order books at facilities that have well-managed operating costs. It would make sense that these facilities will benefit from a steady flow of unit trains for the foreseeable future.

Other existing mines may tap into other reserves to capture spot-market opportunities at healthy margins, but it won’t create enough new capacity to over-supply the market. Coal supply will continue to remain tight because of the idled capacity that is permanently gone.

Indicative of the current market prices, coal buyers want tons, and this demand should lead to a small increase in overall coal production this year and in the short-term future.

The U.S. Energy Information Administration projects the U.S. will produce about 17 million more short tons this year, a 3% increase from 2021. It anticipates 2023 will be similar at about 595 million tons for the year. The agency reiterates that the decrease in mining capacity from 2020 appears to be permanent, and that labor and capital shortages will continue to limit supply in the future.

Railroads, whose unit-train business is closely aligned with the coal industry, are seeing a slight bump in business as well.

Class I railroads have combined this year to haul about 3% more coal than 2021. Railroads have moved about 1.8 million railcars, equivalent to around 205 million tons. Union Pacific’s year-to-date coal business is up 13% and BNSF Railway is up 3%. In the east, Norfolk Southern’s coal business is down less than 1% year-over-year, and CSX Transportation is down 6%. Railroads, like most industries, continue to experience labor shortages, which is causing some delays and hindering the ability to move tons.

The good news for railroads and the coal industry is that current events have invigorated an interest in coal, railroading’s oldest and most reliable friend. And the longer uncertainty looms, the longer the world will lean on coal to weather the unknowns, just as it’s done for more than 100 years.

— Chase Gunnoe works in marketing & sales for the freight rail industry. His views reflect that of his personal opinion.