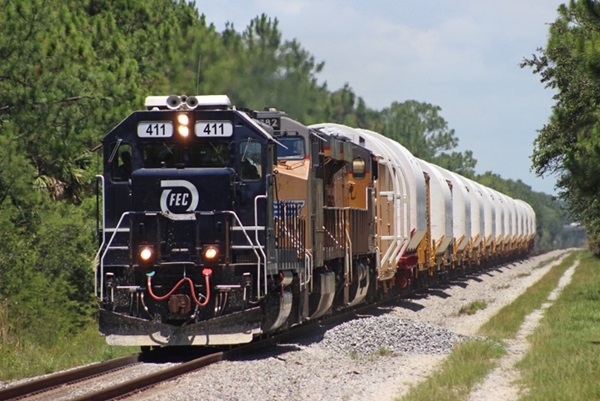 CAPE CANAVERAL, Fla. — For the first time in 10 years, Florida East Coast Railway has handled a train of NASA rocket boosters bound for Kennedy Space Center. Friday’s move of FEC’s “NASA-12” extra brought the Northrop Grumman solid rocket boosters for the Space Launch System Artemis 1, the first of an estimated nine such moves in the next 10 years. The last FEC move to Jay Jay, the interchange point between FEC and NASA in Titusville, Fla., occurred May 27, 2010, as a special daylight publicity move. NASA shut down its own railroad in 2015 and now contracts rail shipments to and from Kennedy Space Center with FEC.
You must login to submit a comment
Related Articles