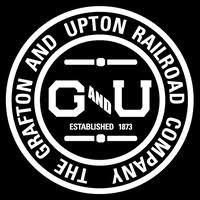 Grafton & Upton, Massachusetts town look into arbitration over land dispute
A court case between the Grafton & Upton Railroad and town of Hopedale, Mass., has been paused while the two parties engage in a screening process for possible arbitration. The Milford Daily News reports the dispute centers on 155 acres of wooded land in the community; the railroad wants all of it for an expansion project, while the town is claiming about 130 acres it says are needed to protect current and future drinking water sources. The town filed for an injunction in October, asking the state Land Court to stop development by the railroad until ownership of the land is determined. While the court cases is on hold until Jan. 25 for the mediation screening, the two sides can also try to negotiate a settlement. The Grafton & Upton, a 16.5-mile short line between Grafton and Milford, Mass., has also asked the Surface Transportation Board to delay action on its request for a declaratory order in the matter.

Biden may take Amtrak to inauguration, report says
President-elect Joe Biden is considering arriving at his inauguration by Amtrak train, the news website Axios reports, citing sources within the Biden campaign. Biden, whose well-known “Amtrak Joe” nickname reflects his years of commuting between Delaware and Washington by train as a senator, arrived with Barack Obama by train for the Obama inauguration in 2009 aboard a private car built for the Southern Railway in 1930. Obama traveled by train from Philadelphia, stopping in Delaware to pick up Vice President-elect Biden.

Cipolla, possibly last living SP steam engineer, dies at 93
Vincent C. Cipolla, who hired out with the Southern Pacific in the midst of World War II, graduated from the last engineer class trained for steam locomotives, and worked for the railroad for 46 years, has died at 93. Scott Inman, president of the Southern Pacific Historical & Technical Society, reports Cipolla died Nov. 3. Cipolla began his career in 1943 distributing grease lubricant, worked as an electrician’s assistant at the Mission Road Coach Yard, and was an apprentice electrician at LA’s Taylor Yard before becoming a fireman in 1946 and an engineer in 1951. At the time of his retirement in 1989, he was the highest seniority engineer on SP’s San Joaquin Division; he was believed to be the last living qualified steam engineer from the division and possibly from the entire Southern Pacific.