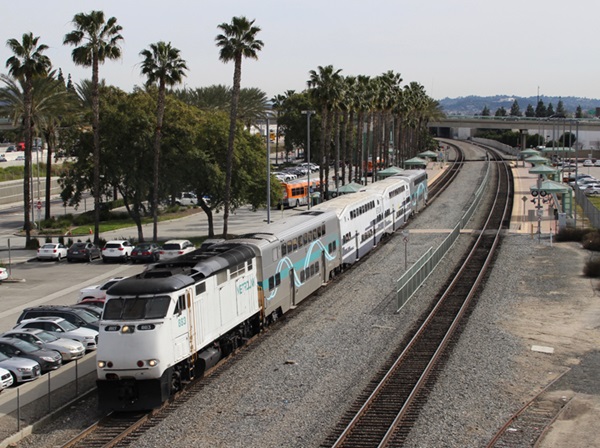 First online meeting tonight on Metrolink Antelope Valley improvement project
The Los Angeles County Metropolitan Transportation Authority will hold online meetings tonight and Saturday to discuss planned improvements on Metrolink’s Antelope Valley Line. The project includes double-tracking at three locations, new platforms at the Lancaster and Santa Clarita stations, and expansion of the Lancaster yard as part of an effort to make service possible on 30-minute intervals between LA Union Station and Santa Clarita, and 60-minute intervals to Lancaster. Tonight’s scoping meeting will be held from 6-7:30 p.m.; Saturday’s will be from 11 a.m. to 12:30 p.m. An overview and details on how to participate in the meetings are available here.