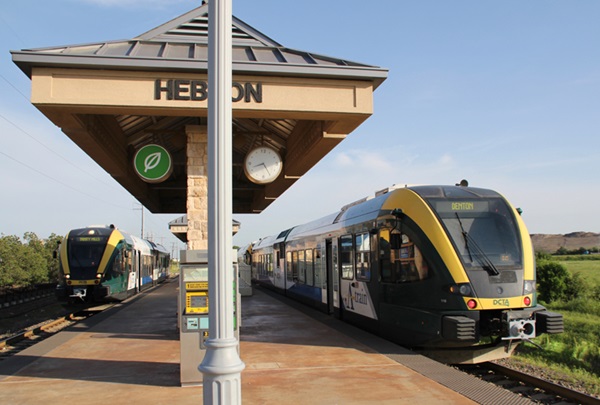 Texas transit agencies offer free rides to voters
Dallas-Fort Worth area transit agencies — the Denton County Transportation Authority, Dallas Area Rapid Transit, and Trinity Metro — are the latest to announce they will provide free rides for people casting their ballot in the upcoming election. The DCTA and DART are offering free rides on Oct. 17 and Oct.24 for early voting, as well as on Election Day, Nov. 3; Trinity Metro riders can show a voter registration card or current Texas ID for early voting Oct. 13-30, as well as on election day. Details on the transit systems included in the Trinity Metro program, as well as other voting information, is available here; the DCTA and DART websites also have additional information.

CSX ordered to rehire worker, pay $197,000 in whistleblower incident
CSX Transportation has been ordered to reinstate a worker, and pay $95,000 in back wages, $102,000 in damages, and attorney fees, to an employee terminated for a whistleblower incident. A release from the Occupational Safety and Health Administration says the railroad violated the whistleblower provision of the Federal Railroad Safety Act when it subjected the employee to a hearing that led to the individual’s termination. The employee had reported an unsafe customer gate and on-the-job-injury.

Glenview, Ill., to perform $230,000 in repairs on Metra station
The Village of Glenview, Ill., has reached agreement with Metra on repairs to the city’s passenger station. The Chicago Tribune reports the village is contracting for an estimated $230,000 in maintenance including roof repairs, painting, and replacement to an electric door, which will then be reimbursed by Metra under the agreement between the city and commuter railroad. The city and Metra have separately agreed on work to repair landscape damage along the rail line through the community, estimated at slightly over $4,000.