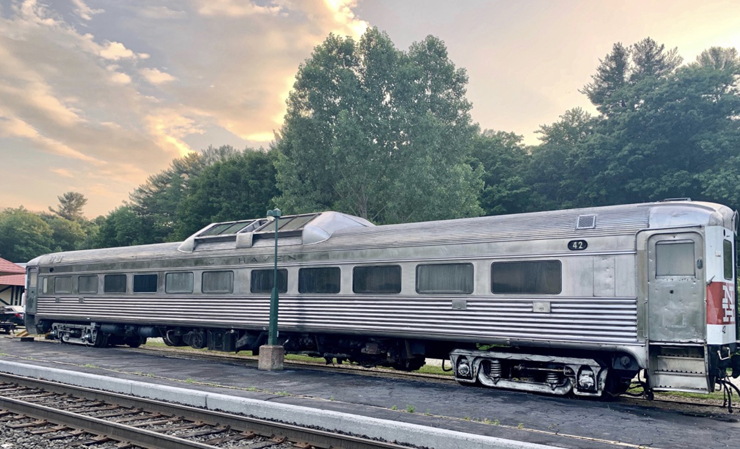 LENOX, Mass. — A donation from CSX to the Berkshire Scenic Railway Museum will mean new windows for its ex-New Haven Budd Rail Diesel Car in the coming year. The $10,000 donation came as a surprise to the group.

“CSX reached out to us,” said Brent S. Bette, of Berkshire Scenic. “They wanted to make an end-of-year donation.”

The museum had no idea how much CSX was interested in giving, he said. “We were overwhelmed at their generosity” when the funds arrived, he said. The RDC-1 has 22 windows, each one costing $700 to replace. The museum thought it would have to do the replacements piecemeal as funds came in, but the donation means it can buy the full set at a substantial discount.

The unit, former New Haven Railroad No. 42, named “Firestone,” was acquired two years ago from the Old Colony & Fall River Railroad Museum in eastern Massachusetts, which closed in 2016. “We were pleased that we were able to offer this car a good home,” Bette noted. It is hoped the car will be operational in 2021.

Bette said the restoration work has been something of a family affair. A father-daughter team spent two days a week during the summer and fall restoring the interior and exterior of the car, while a father-son team was busy rebuilding one of the two Detroit diesel engines that powered the car.