Personnel and equipment shortages, management’s failure to focus on revenue growth are factors in ongoing issues 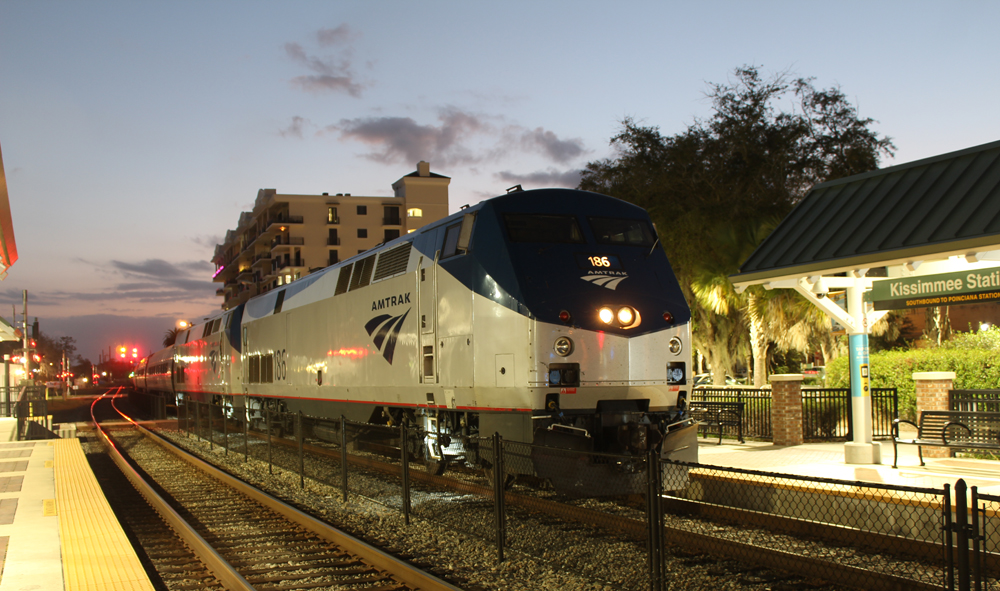 WASHINGTON — Amtrak management is blaming “staffing and hiring shortages for skilled technical employees caused by the pandemic” for the continuation of five-day-a-week service on seven long-distance routes after March 27, when it originally said full schedules would be restored. The cutbacks began in mid-January.

Amtrak spokesman Marc Magliari told News Wire that as of mid-February, “vacancies in the mechanical department are acute.”

The diminished shop forces mean many locomotives and passenger cars, sidelined since 2020 frequency cuts attributed to the pandemic, have not been returned to service. Increasingly over the last few months, cancellations or late departures from terminals when inbound equipment is delayed or malfunctions occur when spares aren’t available.

“There is a direct connection between our staffing levels and sizing of our consists,” Magliari says. “We’ve said it will be many months before we will have full availability of the active fleet and that remains the case, including our own staffing challenges and those of our suppliers.”

But is the problem the pandemic, or did management have more proactive options to preserve revenue and mobility?

When the bottom dropped out of the travel market in March 2020, the company abruptly cancelled all in-progress training programs and hiring. Given the uncertainty of revenue from then-decimated Northeast Corridor service, Amtrak instituted voluntary and forced buyouts for fiscal 2021 to conserve cash.

Also part of the initial corporate survival plan was cutting back most long-distance trains to triweekly departures in October 2020. This came even though ridership during the first pandemic summer — prior to the availability of vaccines, but when the full national network continued to operate — showed long distance was the most resilient segment of Amtrak’s business.

That strength has been consistent. In January 2022, as the new cutbacks were taking effect. long-distance trains generated $30.3 million in ticket revenue compared with $31.1 million for all Northeast Regional and Acela service. This was despite substantially reduced long-distance capacity and the raging Omicron variant.

But Amtrak stuck with its original plan shrinking national network service and employment, rather than adjusting its 2021 operating, hiring, and maintenance plans to reflect opportunities created by obvious demand. This was in spite of receiving $4.4 billion in various forms of federal funding ($1.5 billion in CARES Act funds in March 2020, $1 billion in the December 2020 Consolidated Appropriations Act, and $1.9 billion from the American Rescue Plan passed in March 2021). The total is nearly twice what had been Amtrak’s annual appropriation.

The last COVID-related grant made Congress’ intention clear: it was meant to “prevent further employee furloughs and to prevent further reductions to the frequency of rail service and on any long-distance route,” according to a summary by the U.S. Department of Transportation.

Even as 2021’s Bipartisan Infrastructure Law targeted an additional $16 billion for Amtrak national network investment over the next five years, management was playing catch-up in rebuilding its workforce.

Amtrak has since stepped up hiring, but the company won’t say whether capacity will be expanded or if sidelined Superliners like Sightseer lounges or transition sleepers will ever return to the Capitol Limited or Texas Eagle. Meanwhile, it is prudent to not overextend the ability to reliably serve passengers if there isn’t sufficient equipment and personnel to answer the bell.

But Trains News Wire has also observed evidence that management has failed to effectively manage inventory in the assets that are available. Doing so could capture a greater share of an intercity travel market poised to surge in the months ahead.

When Amtrak announced it was eliminating the New York-Miami Silver Meteor through the busy winter and early spring Florida travel season, News Wire questioned the wisdom of dropping its second biggest long-distance winter revenue producer and the only same-day connection option to and from other routes [see “Analysis: A closer look at the impact of Amtrak’s cancellations,” News Wire, Jan. 17, 2022].

With Silver Star serving the same endpoints via a different route, Amtrak vowed to increase that train’s consist to accommodate more riders by adding the Meteor’s coaches and sleeping cars. Instead of three coaches and two Viewliner sleepers, the train would operate with four coaches and five sleeping cars. This presented an opportunity for Amtrak managers to actively pursue revenue by departing from a rigid pricing strategy dictated by limited capacity elsewhere [“Seeking the pricing-capacity ‘sweet spot’…” News Wire, Jan. 24, 2022].

What happened? A check of pricing for each northbound Silver Star from Orlando, Fla., to Washington, D.C., for a month prior to a planned Feb. 24, 2022, trip revealed roomettes for one adult costing $447 or $607 (except for $706 on three dates). Much more limited bedrooms cost $1,209 to $1,589. Coach seats stayed constant at $139, but dipped to $111 weeks in advance until bookings rose above 30%, and increased to  $182 when bookings surpassed 70%. Most roomettes, including the Feb. 24 departure, held at $508 every day during the preceding month. This is the second-to-lowest pricing “bucket” offered, unchanged from when both the Star and Meteor operated.

In contrast, prices were actively managed on the Sanford, Fla., to Lorton, Va., Auto Train over the same time frame. Excluding vehicle transport costs, roomette fares were adjusted from $382 to $652 if demand warranted as departure dates approached, while bedroom pricing ranged from $665 to $1,254. The limited number of Superliner family rooms started at $611 and topped out at $1,043. Auto Train northbound coach fares during the period generally remained steady at $115, though some dates dipped temporarily to the oft-promoted $89.

Every departure has different demand. If there is sufficient capacity, pricing can be lowered to attract more customers; if people don’t buy an accommodation by the time a train leaves the station, the company gets nothing. Lower fares also can provide promotional value, as a recent Auto Train $29 coach fare promotion attests.

Had management employed the same fare manipulation with the Silver Star’s five Viewliner sleepers, more rooms could have generated revenue. There were no sleeping car sellouts on the northbound Silver Star in February. It isn’t possible to determine how many rooms went unsold on every departure by making a daily pricing check, but an onboard survey of that Feb. 24, 2022, trip from Orlando showed 16 roomettes and at least three bedrooms unoccupied overnight.

The decisions management has made over the last two years have hobbled Amtrak’s ability to effectively operate its national network through the remainder of 2022, but it is not too late to develop and implement a plan that redistributes equipment and personnel to regain the ground that has been lost.